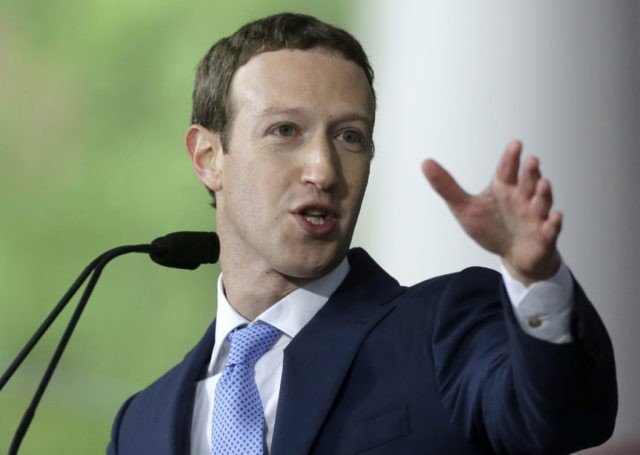 Facebook CEO Mark Zuckerberg raised the possibility that Facebook could start paying news publishers to feature their “high-quality news” on the social network, declaring that the company could “potentially have a direct relationship with publishers.”

According to Recode, Zuckerberg “wants to create a section of his social network that would be devoted to ‘high-quality news,’ and may pay publishers that share their stuff there.”

“We talked about the role quality journalism plays in building informed communities and the principles Facebook should use for building a news tab to surface more high-quality news, including the business model and ecosystem to support it,” declared Zuckerberg, adding that Facebook could “potentially have a direct relationship with publishers to make sure that their content is available, if it’s really high-quality content.”

“That’s definitely something that I think we should be thinking about here, because the relationship between us and publishers is different in a surface where we’re showing the content on the basis of us believing that it’s high-quality, trustworthy content,” he continued. “We’re coming to this from a very different perspective than I think some of the other players in the space who view news as a way that they want to maximize their revenue. That’s not necessarily the way that we’re thinking about this.”

Facebook has previously flip-flopped between whether it considers itself to be a publisher or not.

As reported by Breitbart News’ Lucas Nolan in November, “Social media company’s such as Facebook” are “protected by Section 230 of the Communications Decency Act, which currently grants them legal immunity for content posted by social media users to their supposedly neutral platforms.”

If Facebook becomes a publisher, it could lose its immunity under Section 230.

In April 2018, Sen. Dan Sullivan (R-AK) grilled Zuckerberg on whether Facebook was a publisher or a neutral tech company.

“So — which are you? Are you a tech company, or are you the world’s largest publisher? Because I think that goes to a really important question on what form of regulation or government action, if any, we would take,” asked Sullivan, prompting Zuckerberg to reply that he “views [Facebook] as a tech company, because the primary thing we do is build technology and products.”

“But you said you’re responsible for your content. Which makes you kind of a publisher, right?” Sullivan asked.

“I agree that we’re responsible for the content, but we don’t produce the content. I think that when people ask us whether we’re a media company or a publisher, my understanding of the heart of what they’re getting at is, do we feel responsibility for the content that’s on our platform,” Zuckerberg explained. “The answer to that I think is clearly yes, but I don’t think that’s incompatible with [what’s] fundamentally at our core, being a technology company where the main thing that we do is have engineers and build products.”

After Facebook announced it would be publishing exclusive content from mainstream, left-wing news outlets last year, Breitbart News’ Senior Tech Reporter Allum Bokhari noted, “Now that Facebook has announced its program of publishing exclusive news content from establishment and left-leaning outlets, it will be much harder for the company to escape the charge that it is no longer a neutral, unbiased platform.”

“This could mean Facebook falls outside the bounds of Section 230 of the Communications Decency Act, which currently grants it legal immunity for content posted by Facebook users,” he continued. “If Facebook is held legally responsible for the billions of posts published on the platform, it would be a fundamental threat to its business model.”