Women in Mogotio Baringo County are protesting illicit brew that has rendered their husbands dysfunctional in bed.

The women said alcohol dens in the area has ‘robbed’ them of their men and were no longer getting their conjugal rights.

“We are tired. We have no men here in Mogotio as they have been finished by the brews. They do not perform in bed,” one woman said.

The illicit brew has led to low birth rates, the women claim, such that Early Childhood Education (ECD) centres are empty.

Women are now calling on the police to intervene and arrest those engaging in making illicit brews.

Here are some pictures of that peaceful protest. 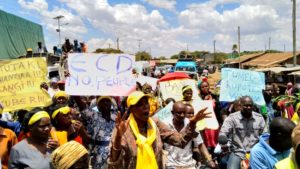 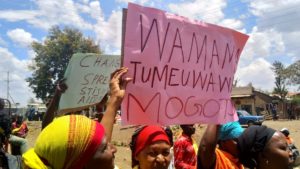 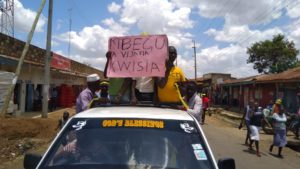