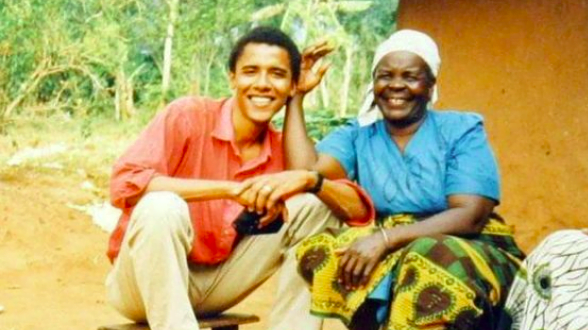 Former US President Barack Obama has mourned his grandmother Mama Sarah Ogwel Onyango Obama in a moving tribute which he shared on his social media pages.

“My family and I are mourning the loss of our beloved grandmother, Sarah Ogwel Onyango Obama, affectionately known to many as “Mama Sarah” but known to us as “Dani” or Granny,” he began, before proceeding to shower her with praises.

Obama described Mama Sarah’s home in Kogelo, Siaya County as a refuge for her kids and grandkids whenever the need arose.

“Although not his birth mother, Granny would raise my father as her own, and it was in part thanks to her love and encouragement that he was able to defy the odds and do well enough in school to get a scholarship to attend an American university. When our family had difficulties, her homestead was a refuge for her children and grandchildren, and her presence was a constant, stabilizing force,” read part of the message.

He finished off by noting that Mama Sarah will be missed dearly and that her long and remarkable life will be celebrated with gratitude.

My family and I are mourning the loss of our beloved grandmother, Sarah Ogwel Onyango Obama, affectionately known to…

President Uhuru Kenyatta and ODM party leader Raila are among some of Kenya’s top leaders who have condoled with the Obama family following the death of their kin.

In his message of comfort, Uhuru mourned the Obama family matriarch as an icon of family values and a philanthropist whose contribution to the progress of the Kenyan nation shall be missed dearly.

Raila eulogised Mama Sarah Obama as a matriarch who lived ahead of her time.