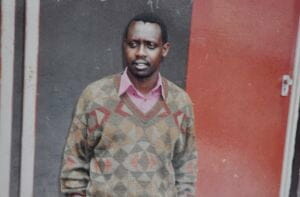 The family of the alleged slain ICC witness Meshack Yebei in Uasin Gishu county is crying for justice after his disappearance about two months ago. The family wants the government to unmask his disappearance that is causing them psychological trauma, anguish and anger.
They claim no leader from Rift Valley region has come out to urge the government to resolve the matter. Moreover, no local leader has visited to condole with them. The family claims the government has gone silent on the mystery of the kidnapping and subsequent disappearance of Yebei despite assurance that no stone will be left unturned.
Last month, the family of Yusuf Hussein from Nandi county who had laid claim on the same body that was being preserved at the Moi Teaching and Referral Hospital in Eldoret were given the greenlight to collect and bury it. This was after DNA results revealed that it belonged to Hussein, a matatu tout who used to operate on Kapsabet-Kisumu route.
Yebei is said to have been kidnapped on December 28, before a mutilated body suspected to be that of slain ICC witness was discovered a week later by police detectives flooding in River Yala, Nandi county.
On the day Yebei was reportedly kidnapped, he and his wife Lilian, had taken their sick child to a hospital at Turbo centre on the Eldoret-Webuye highway. According to his wife, on reaching the hospital, the baby started vomiting prompting her husband to rush out to buy some drinking water from one of the shops.
But he never returned. Lillian said her husband has been receiving death threats from unknown callers since September last year and had recorded a statement with the police in Eldoret but no action was taken.
Yebei’s elder brothers Rev Moses Kisorio and Nixon Yebei have since dismissed investigation conducted by CID officers from the Special Crime Prevention unit into the mystery of his disappearance, saying they went silent.