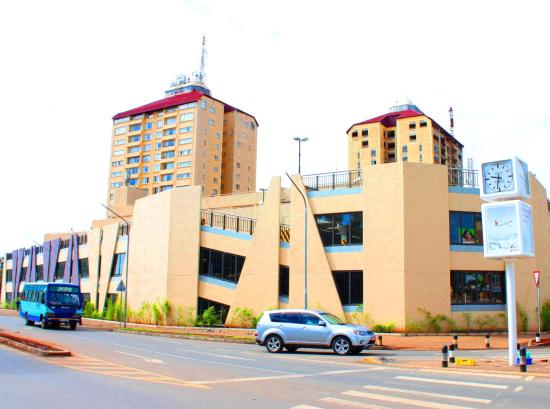 Apartheid ended in south Africa but its vestiges still runs deep in that country.

In Kenya, we have our form of apartheid but it was not hyped much like the south African or the United States (US) one.

This is often discussed in low tonea, how Africans, Indians and Europeans used to live in this godforsaken piece of land whose only claim to independence is a flag and a national anthem. Nothing much to show. Not even love.

We have tribalism but that is something that might fall flight in the face of the new generation of young Kenyans in 10years or so. I believe.

The one discrimination that we should be wary off, is economic marginalisation and oppression that makes the unfortunately poor among us not enjoy the basic things like walking to work.

Why would a whole mall, built on stolen public funds refuse pedestrians the right to use its sidewalks?

Am talking about Yaya Centre.

For those who don’t know, Yaya Centre was build by former Powerful Cabinet Minister and Murderer Nicholas Biwott a.k.a Total Man.

Biwott and former president Daniel Moi, may they not rest in peace, looted public money and built business with those monies.

Why most of the youths can’t get jobs, is because these two having looted joined the Kenyattas in making sure that no one else, (majority of Kenyans) should not make it to the top, that we should live poor all the days of our lives.

Countries are not run like that. (i.e. You can’t steal from public coffers and build businesses, theres a place where you are still hurting the majority)

The below information about Yaya Centre received today is very sad.

Are you aware that YAYA center has made it illegal to stand on the sidewalk on the street?

It’s just ridiculous. They don’t own the street. It’s a public space! You should try go and stand outside YAYA and see how you will be harassed by the guards