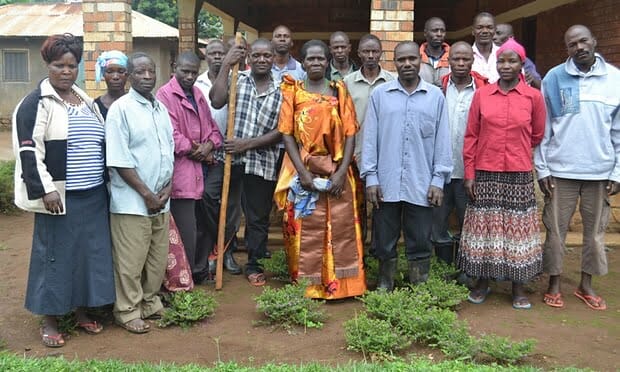 The World Bank has come under attack after a new report has exposed how commercial projects funded by the Bank are causing poverty, human rights violations in Uganda sparking a barrage of criticisms.

Ironically, the report entitled “Land, life and justice: How land grabbing in Uganda is affecting the environment, livelihoods and food sovereignty of communities” by Friends for Earth International (FOEI) came out on the eve of the World Bank’s conference on land and poverty.  FOEI is an international organisation that brings together several environmental organisations.

The report, which details how the Bank has aided land grabs, trended on social network sites like twitter with many international scholars and netizens questioning the Bank’s irony of preaching poverty eradication with one hand while the other funds projects that force people to “give up their livelihoods, food supply and access to water” on top of exposing them to health hazards.

The report shows that desperate to create jobs and eradicate poverty, Uganda and other developing countries, are increasingly being duped by multinational corporations and financial investors to give away large tracts of land for commercial farms that these players are exploiting to whet their food needs, energy supplies and investment at the expense of locals. FOEI says that this must stop.

In its report, FOEI exposes how the Bank together with other international financial institutions like the International Fund for Agricultural Development (IFAD) provided the upstart funds for the Kalangala Palm Oil Project that has resulted in huge profits for BIDCO, the international cooking oil giant but caused negative social and environmental impacts.

The report shows that the World Bank and IFAD sunk in US$10m and US$19.9m respectively into palm oil growing and processing project that has threatened the livelihood of over 20,000 people of Bugala Island on Lake Victoria.

The project is a partnership between the Ugandan government and private investors, Oil Palm Uganda Limited (OPUL) that brings together Global palm oil giant Wilmar International, Josovina Commodities of Singapore, and East Africa’s BIDCO as investors.

Sitting on 10,000 ha of land which previously belonged to residents, the project has meant taking more people’s land as it seeks to expand on an extra 30,000 ha. Part of its expansion funding, according to the new report is a US$ 52 million from IFAD that the government acquired in July 2010 to spread on Bugula Island and Buvuma Island in Mukono District.

The report notes that the project has threatened wildlife with monkeys being killed since they eat ripe palm oil. As a result, it indicates that tourism has been affected. It castigates the government for sanctioning evictions and giving land occupied under customary tenure to foreign investors.

FOEI shows how due to lack of constitutional protections, with the defunct land tribunals, the communities continue to lose land.

John Muyisa, 49-year old with a family of nine children is one of these people. The company authorities woke up one day and graded the biggest chunk of his 40 acres piece of land on which he was cultivating coffee and other crops for sale and subsistence leaving him only about 2 acres. With his land gone he is now stuck with a big family that he can no longer cater for well.

“Some small holders have also said that they were effectively forced to sell land they owned after planting oil palm because they were not able to pay for the fertiliser and other inputs needed,” the report notes, “With no income from the oil palm, and no land for growing food, they faced little option but to sell.”

Kirtana Chandrasekaran, Friends of the Earth International Food Sovereignty Coordinator says that these Ugandan testimonies show the fallacy of trying to make land grabbing work for communities or the environment.

“Decades of policies to privatise land and promote industrial farming from the World Bank have set the stage for a massive global land grab,” Chandrasekaran notes, “Governments around the world need to stop land grabbing, not just try to mitigate its worst impacts. Governments must abide by their Human Rights obligations on land and drastically reducing demand for commodities such as palm oil from the West.”

The report also shows how the project’s employment opportunities are abhorred and people’s lives are at risk with some studies showing that they are likely to produce “blue babies” due to water pollution by the chemicals used in the project.

The project has also worsened food insecurity as the residents who used to grow beans, yams, maize, among other crops, for cash and sale to neighboring islands now have to import everything. This applies to all communities whose land has been grabbed.

The land grabbed from them is not used for food production but even if it were, research shows that small farm holdings are in some cases 20 times more productive than large scale farm holdings.

Apart from Mabira, the rest are grabs by carbon firms, which develop projects to generate carbon credits that developed countries buy through the Clean Development Mechanism (CDM) arrangement to offset carbon emissions as stipulated under the Kyoto Protocol.

These carbon firms have been at the forefront of land grabs in Uganda. While UK’s NFC displaced 22,000 people in Mubende before it closed shop over an investigation by compliance ombudsman of IFC, Tree Farms and the Norwegian Afforestation Group, grabbed 80,000-100,000 ha of Bukaleeba Forest, replaced it with pine and eucalyptus displacing some 8,000 people from 13 villages.