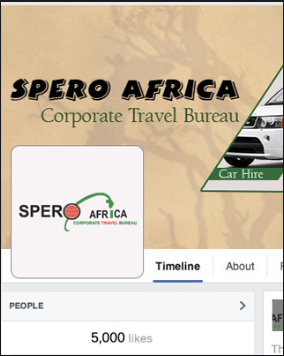 Spero Africa has been linked to mistreatment of its workers

The Company in question is SPERO AFRICA LIMITED CORPORATE TRAVEL. It is contracted by Kenya Airways to offer Motor Transport to KQ staff from their residentials to JKIA, from JKIA to their homes, travellers transfer to hotels and travellers Baggage delivery to homes. The Company has its Main Office in town at Windsor House CBD, 5th Floor, directly opposite Nairobi central Police/ University of Nairobi.

It has an operations officer at the JKIA KQ CARGO TERMINAL that operates 24hrs for night shifts and the guy in charge there is known as Luis Pamba.

The SPERO AFRICA COMPANY is owned by one individual famously know as “Chairman” a Kikuyu with Tony Karimi being his real names.

Now, the company has employed around 60 drivers most of them illiterates and have this fear of coming out citing victimization from the management and that is why I decided to come forward on my own, privately to as you to kindly help us.

The So-called chairman pays us when he wishes not forgetting the fact that KQ pays him all the money quarterly, every driver is paid 22k and that is after deductions by NHIF, NSSF, welfare, KRA making the final amount a mere Ksh. 18,000.

This chairman guy is so arrogant that when he comes to the office he says “mwenye hataki kazi awache kifunguo ya gari aende” kwa mama yake.

Nyakundi, we don’t have Union or someone to talk on our behalf and if we talk to KQ u never know some guys wanakula na yeye. We really fear.

Please help us engage Kenya Airways, Kenya Airports Authority and KAA. Are you aware most of us work hungry the whole day and night and we tirelessly drive around?

If they know I have leaked this to any party I will be sacked. Kindly assist us with any possible way you can Anika hii Kampuni kabisa anatesa madereva.

Grievances we want to be addressed are :

5. Being dismissed from work without notice

6. Being disrespected and humiliated