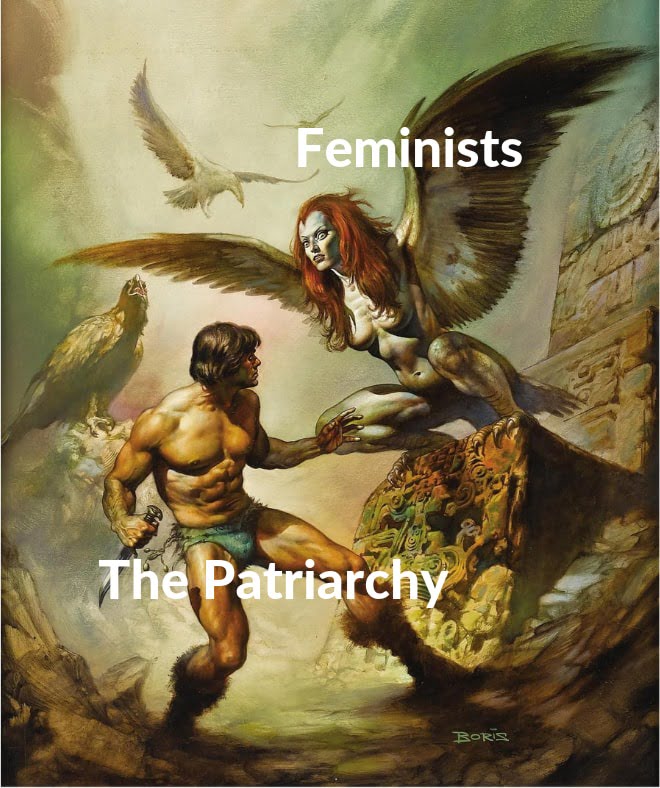 Definition: denoting or relating to products that are intended to be discarded after being used once or a few times.

The current marriage dynamics. The old societal model was:

A young woman would trade her youth and fertility exclusively to only one man, and he in turn would be the workhorse and take care of her when she gets past her prime. This was a great incentive for men to work, become men, and get married. You got a prize, a young beautiful loyal wife.

In theory, as we know life isn’t perfect. She does him a favor early on by being a virgin/exclusive and later he does her a favor by staying and supporting her instead of leaving her for a younger woman. They both get a prize.

The new societal model is:

Women whore around and waste their youth and fertility on Chad/Tyrone, get walled out, get STDs, lose their ability to pair bond, rapidly accelerate their aging process with excessive alcohol and fast food, and have no loyalty to any man. What sensible man would pay top dollar for something 30 other men got for free? The incentive for men is gone. You don’t get a prize anymore. You get a parasite with an entitlement mentality that’s looking to take your resources and then some. Before you even say “I do” at the altar, she’s already plotting how to financially rape your ass in family court when she divorces your sorry ass in a few years.

Why do you think she’s smiling as she’s walking down the aisle?

A woman’s main reason for getting married is to get a divorce.

You’re expected to pay a premium price for a used up, beaten up, soul-less woman from the bargain basement bins of some store in the hood with the morals of an alley cat, an in denial, freak of nature, pathological delusional, self-esteem deficient, morally bankrupt, bottom dwelling, blood sucking, inhuman, creature of the night, bitch on wheels, spawned from the seed of Satan, and a boil on the buttocks of the world.

Women need the boundaries of the Patriarchy and a mission in life which is usually a husband, children and home. Absent such structure they malfunction and destroy civilizations. – Noah Revoy

When she dies, the last living reminder of hell will be gone from the face of the earth.

She has kids from Chad/Tyrone or both, personal credit card debt, no assets, school debt for a worthless degree in liberal arts or gender studies, no cooking skills and no desire to learn any, no fiscal responsibility, an overly banged vagina, and a pet you’ll be expected to take care of as well.

And you’re supposed to be happy about this opportunity to lick up the scraps from the floor.

The so-called good men she wants and can’t find are out there. They just don’t want her at the table because she has nothing to bring except financial and emotional pain. When women say, “Men are only after one thing”. Meaning sex. My question to them is, do you have anything else to offer. Crickets is all I hear. Which means even they don’t believe they have anything else to offer.

In addition, she also has great expectations you’ll do everything for her, make her feel better, and provide an unrealistic unsustainable lifestyle she feels she deserves because she read about it some feminazi magazine article that hates men.

All this while she cheats behind your back with the “bad boys” she really wants while you’re at work paying all the bills to feed this little parasite.

Women don’t “love men”, they love what men can do for them. Where are all the great art works female artists have created, inspired by their love of men?

Men are not afraid of commitment or marriage…Men are afraid of getting divorce raped in “family court.” It’s just a bad deal and there’s nothing in it for men except the chance to be financially ruined for the rest of your life.

If you were thinking of going skydiving and were told that one in four parachutes failed. Would you still be so interested in trying it out for the thrill of a lifetime?

If you saw your friends and people before you jump, some successfully, others not so. Would you still be so excited about taking that chance for yourself, hoping that you’ll be the lucky one that gets one that works?

But… but…. Look how pretty the parachutes are, smell their lovely fragrance, touch and feel how soft they feel, they beckon you to try one of them on, please try me on and let me wrap myself tightly around you and see how good I feel to you, I’ll hold on tight and snug to you, I am not like the others, honest I am different, I’ll work.

Yea, that sounds like a good deal if I were a moron, is this the line I stand in to lose half my sh!t?

Good luck with that.

Men are waking up and realizing this system is defective and toxic. Women’s sexual liberation, feminism and the birth control pill, have ironically dis-empowered women; they are throwaway sexual objects now more than ever.

In this article:feminism, patriarchy, women