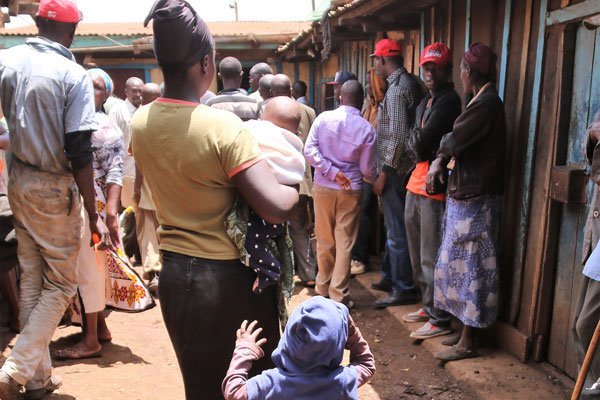 There was drama in Meru on Thursday after a woman was left stranded at Kiutine Market after her newly found lover fled after the first date.

According to the 19 year old lady, the two met on social media and after exchanging a series of text messages, the man invited her to Meru and promised to take care of her and her children.

Their first date, however, went south after the woman realized the man was older than he had told her. He also turned down the woman’s request of going for HIV testing before they had sex.

“He told me that he was 28-years-old and single but on meeting him, he declined to take us to his house, which he claimed, was still wet since he had just mopped,” said the woman.

The woman says the man refused to go for HIV testing giving the excuse that he believes in herbal medicine.

On hearing the story, angry residents stormed the man’s home and demanded that he pays the woman’s bus fare back to Nakuru, they also took his motorcycle and left it at Kiutine police post.

“We started chatting when I was pregnant with my second child, I even told him so and he said he was okay with it,” narrated the woman who said she dropped out of school while in Class Seven after becoming pregnant.

“I would like to go to school and I wish to advise fellow women not to fall to such tricksters” added the lady.