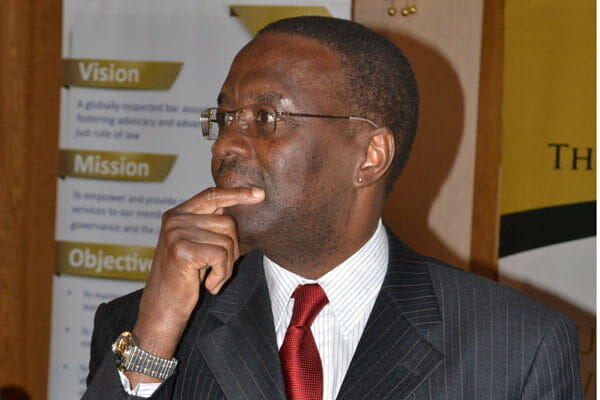 Caption : Chief Justice Willy Mutunga who has overseen corruption at the Judiciary . He promised too much but offered polluted air. Instead of bringing change, He chose to spend more time in the mirror.

A Tale Of Two Presidents:

Recent occurrences have started formenting narratives and stereotypes associated with that community and this article will largely dwell on their professional competence, public pronouncements and results so far during their tenure in office.

We will focus on Chief Justice Mutunga’s statements in regards to corruption and re-establishing the rule of law in Kenya. We all followed keenly the Judicial Service Commission (JSC) vetting process, where Mutunga was categorical about his proposals to fight graft. We need not replay them as we might begin to sound like a broken record.

But what we have witnessed so far has been a farce. He has been reduced to Judiciary’s official activist making alarming statements about the depth of corruption, yet he’s at the best position to tackle and bring an end to it. He has been a disappointment to Kenyans who had so much expectations from him. He has now instituted a suspect transfer of Lady Justice Mumbi Ngugi from the constitutional court to Kericho, all based on unfounded fears that she is has won the admiration of Kenyans across board, and is the best candidate to replace him. We as Kenyans now request him to recall that ridiculous transfer or we will campaign everyday against him.

Nick Mwendwa is a son of Makueni according to Professor Kivutha Kibwana. Barely two months into office and Kenya lost to an island-nation Guinea-Bissau both home and away. Despite being funded heavily by Government with even a private plane being procured for Kshs. 24 Million, Mwendwa went ahead to interfere with the National Team by appointing a coach of his team Kariobangi Sharks, and influencing player call-ups. 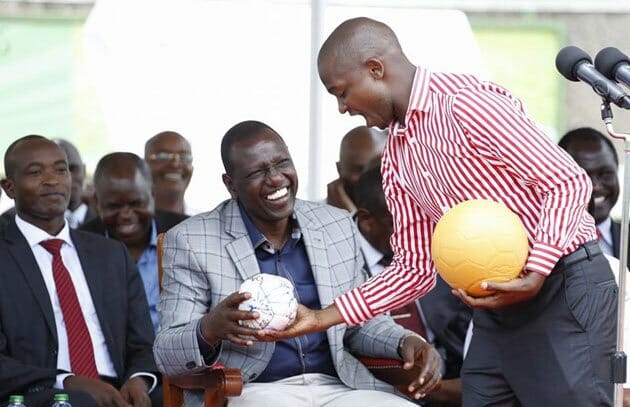 As if that was not horrendous enough, Mwendwa went ahead and fielded overage players in an underage tournament held two weeks ago in Sudan. The action saw the country banned by the Confederation of African Football (CAF) for the Under-20 tournament, further tainting the country’s image internationally.

Mwendwa like Mutunga was also very prominent in media interviews, pledging a new dawn for Kenyan Football. As it’s now turning out, he has sunk Kenyan Football to unprecedented new lows as he has brought cronyism and ghettoism to the National Teams we so love and adore.

These two individuals hold very serious offices which can easily throw the country to chaos due to their arrogance and tunnel-vision approach at managing them. Corruption is now a national disaster in Kenya, overseen by a Judiciary that’s very efficient when jailing petty offenders while grand corruption architects brag about how they have judges in their pockets.

Football is also an emotive sector as a loss to Guinea-Bissau saw the qualifier match stopped as the stadium violence reared it’s ugly head, the first time in over a decade. We are now afraid that another loss in the stadium under the stewardship of Mwendwa will result in full-blown violence, that will paralyse traffic in Nairobi and trigger instability. 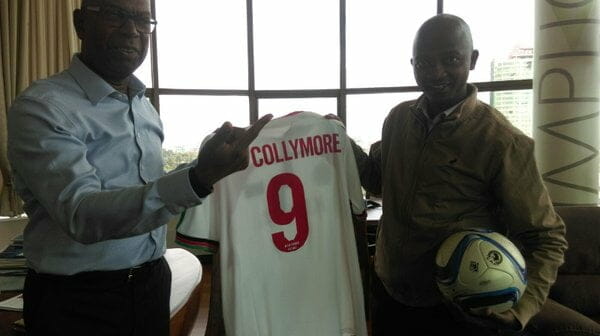 Nick Mwendwa’s continued stay in office poses a serious threat to national security and being that this blog has never got a wrong analysis, always being vindicated, we now tell Deputy President William Ruto that his protégé Nick Mwendwa poses a bigger political problem for him, than ever before.

It’s time for senior members of the Kamba community to summon these two individuals and inform them of their contradictions, whilst going against their own promises and public pronouncements. We as Kenyans have had enough lies from President Uhuru Kenyatta that we cannot stand being taken as rubber stamps for failed promises.

It’s time Kamba community elders inform the two individuals that their actions directly reflect on perceptions of their community as they hold important positions, which affect many individuals and lives. Should they choose to ignore the elders, then Kamba leading lights should publicly denounce them as having gone against the spirit or development and nationhood.