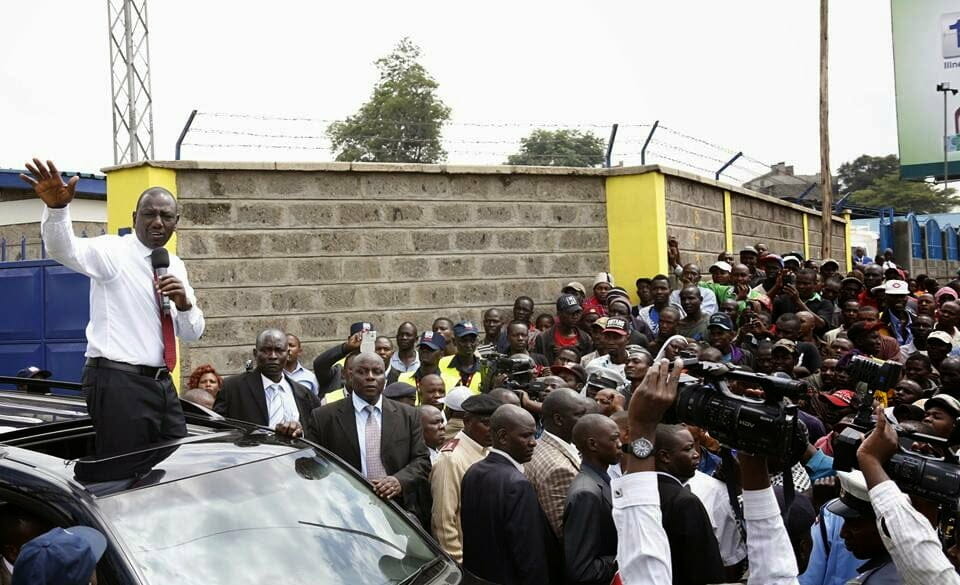 Addressing thousands of wananchi during the commissioning of Muthurwa power substation in Nairobi, Ruto warned Raila that he will take the political war to his doorstep if he continues mentioning his name in corruption scandals.

The DP accused the former PM and Herbert Ojwang of linking him to the sh 28 billion project to upgrade the Moi Teaching and Referral Hospital in Eldoret.

Ruto said he was not part of the scandal and what he did was to stop the rehabilitation contract because it was unprocedurally procured.

Ruto said he has no apologies to make for ordering the cancellation of the project because the money was enough to build a new hospital.

“Some political saboteur and his Personal Assistant went to Parliament to tell us how I stopped their project at Moi Teaching and Referral Hospital (MRTH) in Eldoret,” Ruto said.

“I am the one who stopped the project and I have no apologies to make because the project was fraudulent, shady and corrupt from the beginning and it has no place under the Jubilee administration.” Ruto added.

Ruto urged the former PM to keep off and if he is interested in a political duel then he is ready to fight the battle.