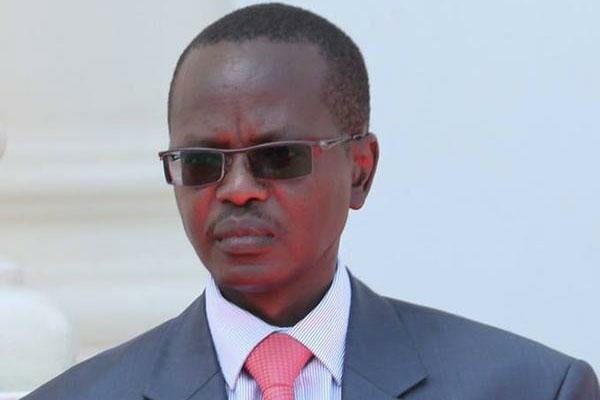 Mr Joseph Kipchirchir Boinett has been sworn in as the Inspector-General of Police, two months after being nominated by President Uhuru Kenyatta.
Mr Boinett was sworn in on Wednesday by Chief Registrar of the Judiciary Anne Amadi at the Supreme Court.
Chief Justice Willy Mutunga, Attorney-General Githu Muigai and Interior Cabinet Secretary Joseph Nkaissery attended the ceremony.
The former intelligence officer has previously served as a desk officer in Kenyan missions in Harare, Zimbabwe and Rome, Italy and in the Foreign Office as Head of Protocol.
His appointment followed the retirement of Mr David Kimaiyo on December 2, 2014.
During his vetting by a joint Senate and Parliamentary Committee last week, Mr Boinett pledged to act on intelligence reports and fill gaps in the country’s security system.
The new police boss comes into office when the country is grappling with insecurity.
Last month, Kabete MP George Muchai, his driver and bodyguards were shot dead in the city centre.
Mr Boinett’s appointment was not without controversy.
During his vetting, lawmakers questioned his credentials after it emerged that the Bachelor of Arts degree in Diplomacy and International Relations certificate he presented was not from an accredited university.
Mr Boinett is a holder of two master’s degrees and has attended 12 professional courses.