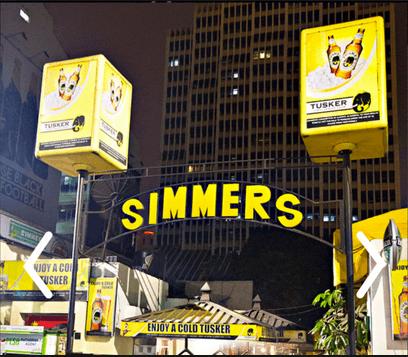 In my free time, I roam in Nairobi at night, moving after one entertainment spot after another. It is part of my job.

I have been doing this for 12 years. And now I am deeply afraid. Gravely afraid. Guys, things are not right. I got home at 1 last night and I have not slept.

Last week, we were at a popular entertainment joint in Westlands on a Wednesday. At 8.51 p.m. there were just the two of us.

Last night same story. I patronized two joints on Mombasa Road and the places were deserted. Completely. On a Thursday night. And it is end month. And it is a festive season. Then we went to Nextgen Mall. No 7. It was empty, only one section of the expansive place was occupied.

Want to know the status of our economy? Look at the grim faces of waiters and waitresses.

This is not mere hating on Jubilee government. We no longer have the government since our leader joined it.

Of course you have read that the wages have stagnated in the last ten years. People earn less now than they did in 2008.

Now, it has be hit by a serious cash crunch. A fish monger probably sells less fish now than she did six years ago. Because we stopped caring about Lake Victoria, now we justify importing fish from China. That is one chain of business totally gone. Maize farmers, sugar cane farmers, coffee, no longer make a fortune from their sweat. That is for well-connected individual to import duty free and sell all the while pocketing billions for 2022.

I can go on. Corruption, the foreign debts, exceptional incompetence in prioritization, have all done a number on all of us.

If Kenya was a European country, people will be living on the streets while others commit suicide.

What does it mean for you for an economy to shrink right before your eyes?

Share your experiences from your sector. If it is doing well tell us. If bad tell us….