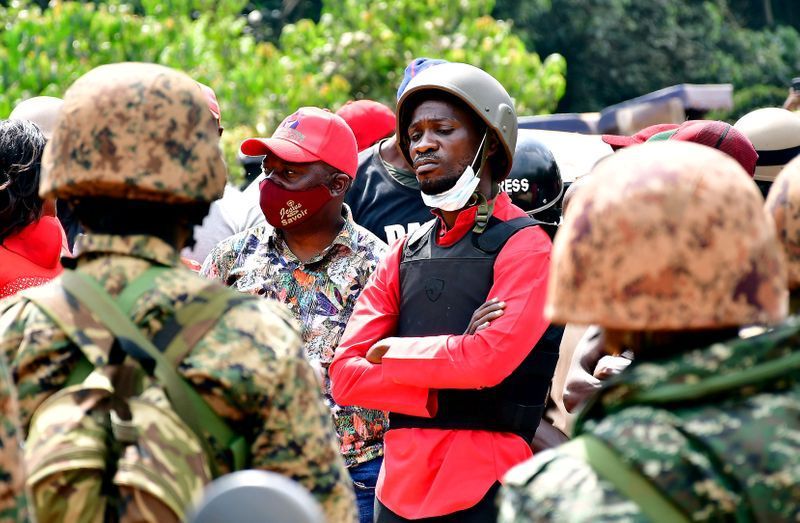 As neighbouring Uganda continues to target political dissidents and activists with 76-year-old Museveni now entering his 6th term in power, cnyakundi.com has learnt that a fortnight or so ago, Kenya’s President Uhuru Kenyatta rejected an asylum request from a former contestant in their recently concluded elections, Robert Ssentamu Kyagulanyi, a.k.a Bobi Wine, just as he prepared to file a petition in court.

According to our impeccable sources, Bobi Wine had hoped to challenge his January 14th Presidential election defeat to Museveni from Kenya where most of his foreign funders and donors from Europe are reportedly based.

Bobi Wine is also believed to have hoped to use Kenya for easy accessibility to his international lawyers including renowned Canadian, Robert Amsterdam, whom he commonly meets in Nairobi to strategize.

The capital city also hosts a bunch of other organizations like the Resistance Bureau, Vanguard Africa whom critics within Museveni’s government have fingered as some of the backers of Bobi Wine and his People Power Movement.

Sadly, however, Bobi Wine’s plan was flatly rejected by Uhuru Kenyatta who is keen to stay on good terms with his Ugandan counterpart and long-time ally Yoweri Kaguta Museveni.

But despite this hurdle, Kyagulanyi under the National Unity Platform still went on with his plans and dragged Yoweri Museveni, the Electoral Commission and the Attorney General to the Supreme court over irregularities in the just concluded election and wants the election declared null and void and fresh elections conducted.

Museveni through his lawyers has since filed their defence and wants the court to dismiss the case with costs.

Meanwhile, Bobi Wine is reported to have flown his children out to the United States on January 6th, 2021, a week to the general polls.

His wife, Barbie, also last week also joined the family in the USA where they will be staying with one of Barbie’s sisters.

This news comes just days after Ugandan activist Dr Stella Nyanzi fled to Kenya to seek refuge, citing political persecution by the Ugandan government as the cause for the of the move.

Nyanzi is alleged to have crossed the Uganda-Kenya border last week dressed in disguise with her children already placed in a safe house in Nairobi.

In 2018, Nyanzi was arrested and charged with the cyber-harassment of President Yoweri Museveni after she wrote a poem about his mother on Facebook.