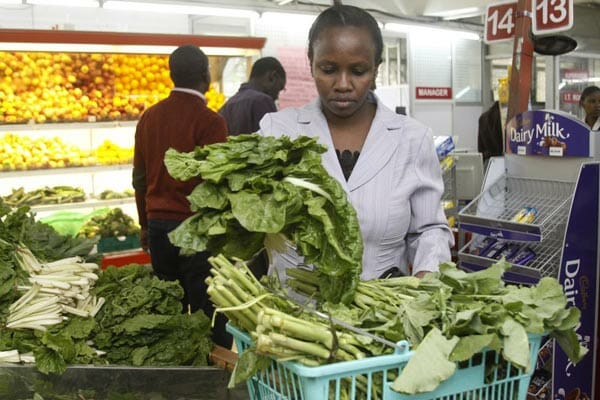 That Uchumi Supermarkets is negotiating with a bank for a Sh500 million overdraft to pay suppliers brought to an end speculation that the retail chain has serious cash flow problems, barely a year after raising cash in the money market.

The big question will now be what happened to the Sh896 million raised through a rights issue and whether East African Affairs, Commerce and Tourism Secretary Phyllis Kandie misled the government and the public on the true financial status of Uchumi during the cash call.

With the sale of the rights starting off in a low key, Ms Kandie bought a half-page advertisement in the dailies to urge investors to buy shares saying the government would participate fully in it.

“The government is committed to take up our full entitlement in the rights issue, up to a tune of Sh264 million. I urge all shareholders to take up their rights,” Ms Kandie wrote in the public announcement.

The worsening financial position was revealed yesterday when the company issued a statement explaining to its shareholders why there was a delay in paying dividends. Approved to be paid on February 12, the money was not paid until April 20, more than two months late.

The company only issued an apology after what looked like coercion by the regulator, the Capital Markets Authority, for violating the continuous listing rules that require the money be paid within 90 days of approval. While the management blames delay in printing of the stamp, analysts point to lack of money.

Several suppliers are understood to be reviewing their partnership with the retailer over non-payments of deliveries.

Media houses last year suspended the supply of newspapers to Uchumi after they continuously failed to pay for the stock they had sold. Some media houses are still owed millions of shillings.

The two revelations rekindle memories of 2006 when the supermarket chain was placed under receivership over cash-flow troubles.

The government then injected Sh675 million to revive Uchumi after the supermarket had been closed for 45 days.

The retailer’s financial statement for the half year ended December 2014 shows that net sales was down to Sh976.1 million from Sh1.5 billion at the same time in 2013.

Meanwhile, its share price at the Nairobi Stocks Exchange (NSE) is currently hovering around Sh10 and Sh11 from a high of Sh24 in 2013, raising questions about the management of the country’s oldest supermarket chain.

Customers have been deserting Uchumi for the competitors because of empty shelves, and poor customer service. “Uchumi used to be ‘the’ supermarket. But now there is no variety and it looks more like a kiosk. It is dirty and disorganised,” a customer who identified himself as Ernest said.

Uchumi CEO Jonathan Ciano confirmed that the retailer is experiencing difficulties with some suppliers but he was upbeat that the Sh500 million commercial loan it is seeking will sort that out.

“A few (suppliers) had reduced supplies but with payment plans in place and promise on borrowing in the pipeline normalisation is very close,” he said.

According to Mr Ciano, the reason why Uchumi has not been able to remit the collections on behalf of Kenya Power was because of the delay in the rights issue.

“The rights issue that was approved by shareholders in November 2012 to generate Sh1.8 billion was delayed due to shareholders inability to participate earlier, until March 2015 when funds were received in to Uchumi account,” he said.

The delay, he said, caused a shortfall late 2014 thus causing failure to pay its creditors.

“There is rampant corruption in supplies where senior level managers form companies that are granted preferential status to trade with Uchumi at inflated prices,” a staff member said.

When Mr Ciano took over in 2006, he laid off some senior managers who had been at the helm when the retailer collapsed. According to interviews with insiders, these former staff went out and formed companies.

For instance, one such staff member, a former procurement manager, set up a company that now buys products from manufacturers, mainly consumables, and then resells to Uchumi at inflated prices.

“We would see companies coming from nowhere and being allowed to supply without going through the due process. They are untouchable because of their links with senior managers. In such a case one cannot rule out the possibility of uncompetitive prices at Uchumi,” a former branch manager said.

Meanwhile, since some of the products by these cartels are not moving fast, there have been empty shelves because of lack of money to buy other stock.

Mr Ciano who could neither confirm nor deny the claims said the company has a declaration of conflict of interest made by all employees that is renewed every year. “In case we have such cases undisclosed we will act on them accordingly,” he said.

Despite the denials, some managers are also said to have been negotiating with major brands or multinationals for strategic display of products, commonly called “share of shelf”, for favours.

The favours have come in various forms. For instance, one staff member intimated to us that one manager involved in such a deal got an all expense-paid trip to South Africa to watch the World Cup in 2010 from a major beverage manufacturer.

According to Standard Investment Bank research analyst Faith Waitherero, the problem facing Uchumi is the inability to drive sales to pay suppliers. “It’s not that people are not willing to spend but what product do they offer,” she said.

“It was once ‘the’ dominant player but someone else came into the market with a better strategy and overtook them. For now, the only thing Uchumi boasts of is the name.”

Meanwhile, Mr Ciano’s aggressive “but poorly thought-out expansion has also come under scrutiny especially in the “sluggish retail market in Tanzania” given that the new branches have taken too long to break even and have continued to drain the retailer’s resources.

A majority of the retailer’s 37 branches are in Kenya, but it also has stores in Uganda and Tanzania.

But Mr Ciano said the only branches that are still in loss making territory are the newly opened ones. But even growth for the new ones, he said, was impressive “and as soon as stocks are normalised this is expected to be within plan.”

“Our growth has been modest and planned over a three year range/plan as we work with our developers after identifying such justifiable potential sites.

Compared to competition, our growth is the lowest and growth is inevitable to manage medium to long term competitive and strategic positioning,” Mr Ciano said.