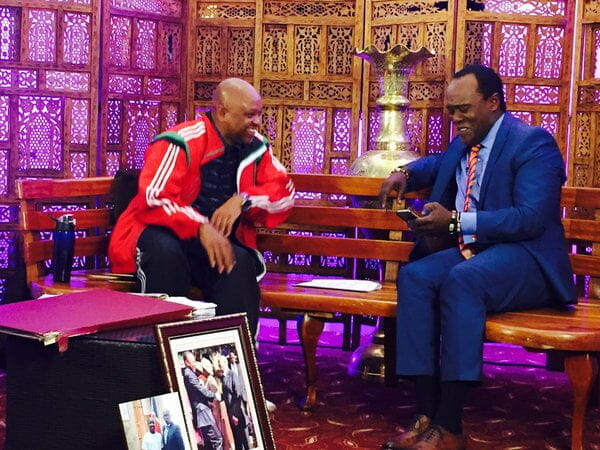 My sources have confirmed  that Tony Gachoka has been blacklisted and will never appear on Jeff Koinange’s JKL Show for life. This is after he appeared on Last week’s JKL show drunk and uttered ” Defamatory statements ” According to State house .

It is alleged that a Text from a senior standard Media group Guy to Jeff Koinange forced him to cut short his JKL show dubbed #BringItOn  . It is also alleged that Jeff Koinange was summoned and warned ” Never to invite Tonny Gachoka ” to the show again.

A close source we spoke to confirmed that power brokers have been looking for ways to ban Tony Gachoka and when he appeared on JKL drunk….The opportune moment waved.

Tonny Gachoka has not said anything after the ban . But the question is ” Is it wrong to appear on any show Drunk as far as you speak sense and dont incite , break the law or insult people ? ”

People like Duale are never drunk when they speak but do damages than drunkards , I think Gachoka has been banned because he  is always telling corrupt leaders the bitter Truth- Said an  outraged Kenyan on Twitter