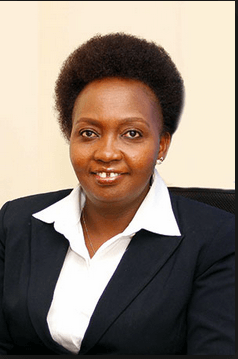 The Directorate of Criminal Investigations grilled the NHIF Chairlady Hanna Muriithi over fraud on Friday as momentum picks up to Jail those adversely involved in various scandals within the fund.

This is as Kenyans demand for the disbandment of the board, that is deeply involved in fraud.

The detectives confirmed that the Chairlady will be soon arrested and arraigned to answer to various crimes.

Also, Director of Criminal Investigations George Kinoti has ordered a probe of the National Hospital Insurance Fund board members who served from 2014, in efforts to unearth the alleged rip-off. The money was allegedly lost in a digital payment contract.

According to sources from the fund, the former NHIF CEO Geoffrey Mwangi has threatened to expose how the board is compromised.

The firing of the National Hospital Insurance CEO Geoffrey Mwangi and his finance director was a right move though it came late after Mwangi has messed up everything, and looted an estimated Ksh. 6 Billion as per insiders that Cyprian Nyakundi has spoken to.

In a move to clear themselves, the board moved and suspended the CEO, in a move that was applauded but the question as to why they failed to protect the interests of Kenyans as spelt out in the NHIF Act has remained unanswered.

The board, comprised of sleeping individuals has watched as the CEO Geoffrey Mwangi looted with some board members being partners in crime, a source from within the NHIF confirmed to us. Despite earning millions per month in salaries and allowances, the board has failed in its core mandate and a purge would be necessary.

NHIF CEO Geoffrey Mwangi was nabbed for refusing to give detectives all details in a Ksh. 400 Million sagas involving Webtribe cartel company. The CEO of the cartel company has gone underground as we had written on this site.

As the editor of this site indicated last week, we refuse to buy the argument that all this corruption happened without the board being aware. According to the NHIF act, it is only the board that can open and maintain the fund’s accounts. It has now been confirmed after the summoning of more than 10 NHIF board members.

Sacking Mwangi and leaving themselves out is a total joke. Hannah Muriithi the NHIF Chairperson and Nzili, the vice chair must lead others in taking personal responsibility as efforts to clean NHIF pick the top gear.