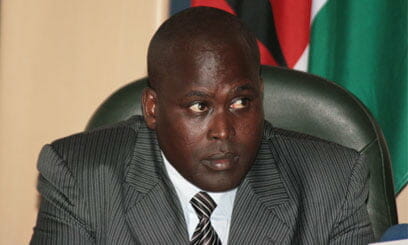 Even after camping in Maasai home turf of Nkaiserry and telling everybody to reciprocate the good gesture of president Uhuru appointing one of their own as a Cabinet Secretary, the Maasai who are always stubborn showed president Uhuru the Middle Finger.

Metito has been blamed for giving president Uhuru the wrong information as far as Kajiado Central elections were concerned.

Former internal security minister Metito Ole Katoo has been hard pressed to explain why he influenced the nomination of Tutui.

Uhuru’s political Kitchen has advised him to stop relying on Metito’s in Maasai Politics if he wants to seize and salvage his political future in Maasai politics.

It is the same Metito who lobbied to have Ole Lenku Named Interior Cabinet Secretary CS. Ole Lenku was incompetent, Clueless and made the Jubilee Government a laughing stock both locally and internationally.