Safaricom’s Okoa Jahazi Cashcow stares at Calamity as patriotic Kenyans have decided to take the notorious Telco to court demanding for a forensic Audit of all Okoa transactions since inception.

Safaricom Dominance has been a headache in Kenya with a recent report being swept under the carpet. Safaricom, while a monopoly, played games in this splitting up issue and the Company paid lobbyists large sums of money to petition the
government and the cabinet secretary to outrightly reject the report without the participation of other stakeholders.

This saw the bringing on board the likes of Dr. Bitange Ndemo. Who are the influential people that were bought off to kill the report? Why was the report not first subjected to participation? We will soon write how this scandal in the making played out in corporate Nairobi. 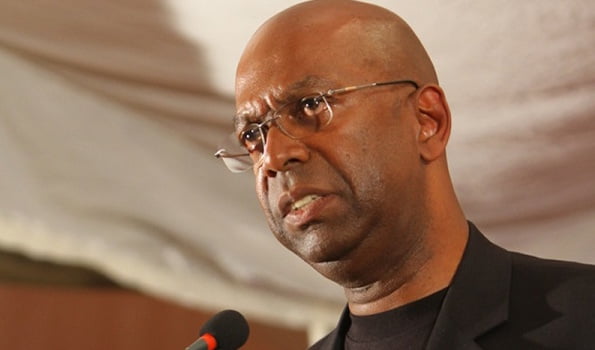 Caption: Safaricom CEO Bob Collymore. His Tenure at Safaricom has been rocked by many scandals.

” We seek remedies that OKOA Platform is a predatory scheme on low-income mobile service consumers. ” Further reads the petition.

The petitioners also argue that the OKOA service charges an interest rate of Ksh. 10% per every three days or less pre-paid as if it is a banking institution, Literary translating into over 120% p.a. interest.

” The Subject credit reimbursements are deducted from subscribers cash airtime purchases upfront contrary to known banking rules ” Says the Petition to CCK that has also been copied to the Cabinet Secretary ICT and carried in the petition that has already been filed at Milimani law Courts.

” Neither Safaricom nor their OKOA Platform is registered under the national money lenders’ laws as a money lender ” Reads the petition to CCK, Cabinet Secretary ICT and to court.

The Petitioners, considering all the above issues, want the courts and CCK to declare that OKOA is Operating Illegally.

What is interesting is that the petition was received by CCK and Cabinet Secretary ICT on 1st February but no action or response has been made, probably because Kenya’s biggest Telco and money spinner, Safaricom, is not accountable to anybody.

The Petitioners are seeking orders to compel the notorious Telco to account for all illegally charged OKOA Interest since its inception. A further relief being sought is a declaration that Safaricom has dominated the mobile industry to the detriment of poor Kenyans.

Damages are being sought too together with general damages for breach of the petitioner’s consumer/constitutional rights.

In 2015, Safaricom customers borrowed up to 30 Billion with the Telco making Sh3.1 billion in revenues the same year.

John Tombleson, who was recalled by Vodafone for masterminding the One Campus Fraud as revealed by KPMG Audit that was first leaked by this community site, had once said that Okoa Jahazi accounted for 28 percent of the Telco’s airtime sales.

This case presents another Twist for the Telco whose CEO Bob Collymore’s term was extended for Two years despite many scandals that have rocked them.

If Safaricom Loses this case, they are going to refund all the interest illegally deducted from Kenyans.

Last year, We exposed Cheza games saga, forcing Bob Collymore to refund more than 5 Billion in stolen monies from Kenyans.
Note: This Case has been highlighted here because no Kenyan media outlet can dare report anything critical of Safaricom because of fear of losing advertising revenue. 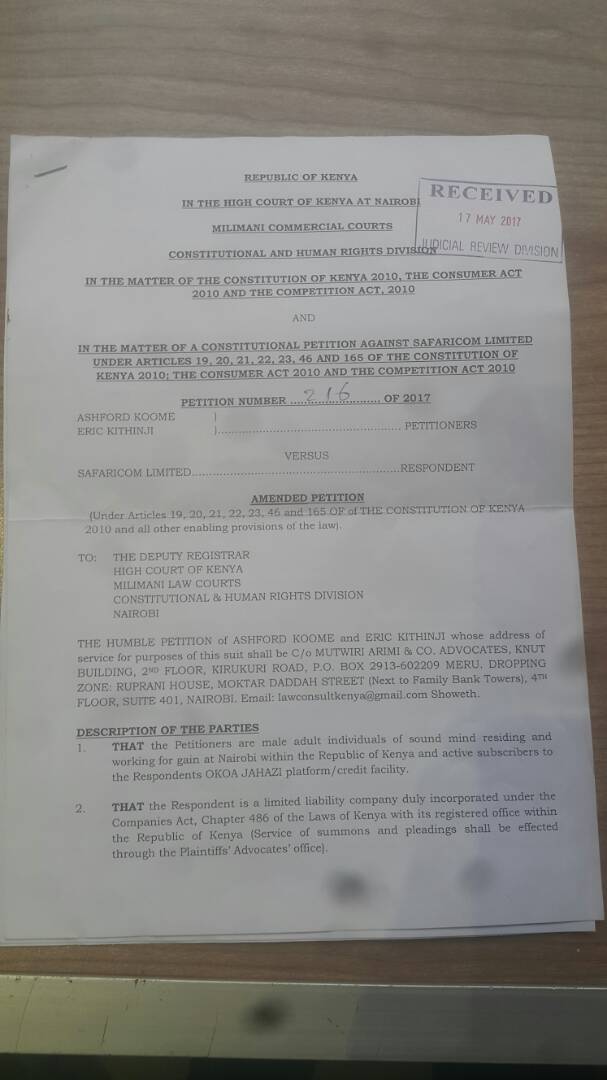 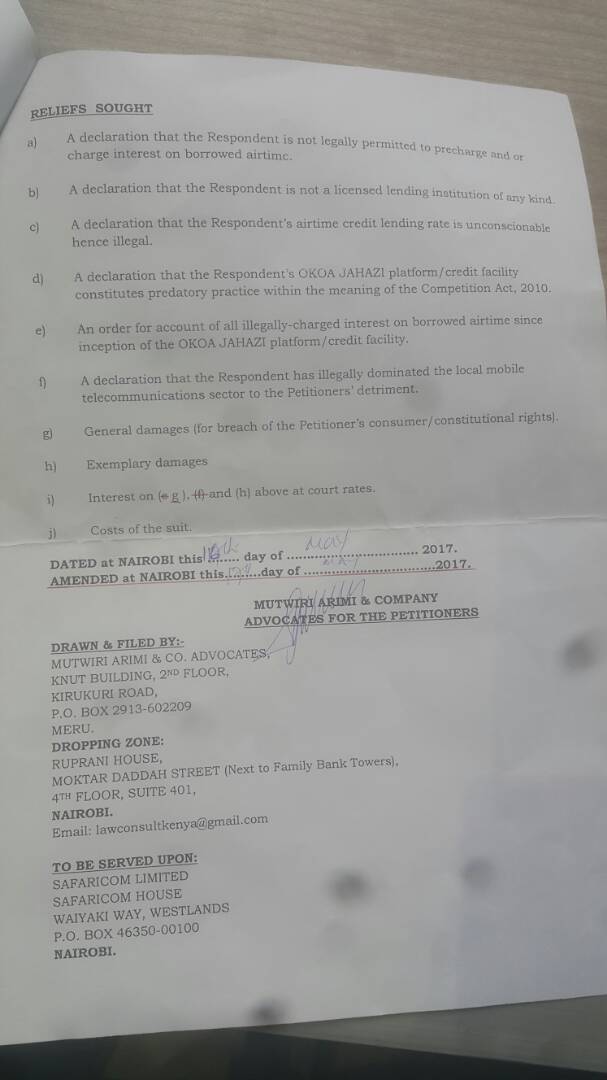 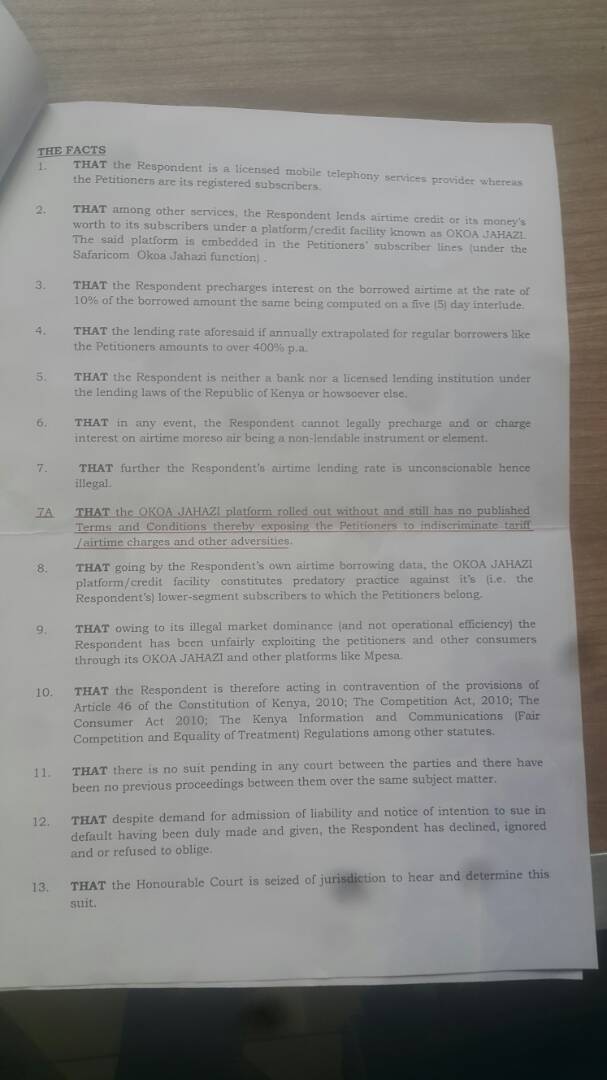