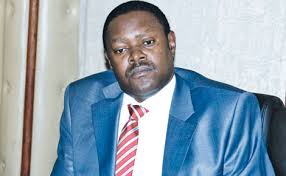 Even as speculations are rife that the embattled NSSF managing trustee Richard Lang’at could be reinstated, it has now emerged that should he use his political connections to get back to the office, he is bound to face more hurdles.
A section of Kalenjin MPs has been shouting at the top of their voice demanding that Lang’at should be given back his job unconditionally. We have information there have been behind-the-scenes lobbying to reinstate him through the back door.
The Ethics and Anti Corruption Commission ordered close of his file but the Director of Public Prosecution Keriako Tobiko said he has indicated loopholes that need to be sealed by investigators before making a final decision. One case against him involves irregularly approving a Sh5 billion real estate project.
Even if Tobiko clears him, once the file is sent back to his office for consideration, Langat’s survival will be a tall order. With the constitution allowing private prosecution, then it is a ghost to haunt him. To compound matters for him is the talk within the NSSF staff that the suspended boss is vindictive, arrogant and isolated. It is said immediately he landed the plum slot, he transferred senior managers at the fund to outside stations for reasons best known to him. However, others say he was on a revenge mission. If he finds his way back, the staff is likely to revolt.
Sources now say Lang’at could face private persecution after it also emerged that he was allegedly involved in the bribery deals by Chinese contractors. Further, his private construction of a multi- million shillings residential house in Nairobi Langata area without a bank loan has surfaced.
He is also linked to manipulation of tenders at the fund. Those behind the private prosecution say that the approval was done unproceduraly through e-mail circulation against board rules.
The tender approvals for multi-million shillings projects was done without a board resolution and Lang’at and his team at one-time travelled to Dubai for a holiday where money is said to have exchanged hands with a Chinese firm representatives who had manipulated happenings and awarded a tender.
At one time, the amount involved in one of the tenders was altered from the initial Sh3.2 billion announced to Sh7.2 billion.The Hazina project in the city centre expansion works has come to haunt Langat and Kazungu Kambi, the Labour cabinet secretary also on suspension. The fear now is that Kenyan workers will lose billions as a result of the deal since Nakumatt is also demanding compensation of Sh1.6 billion for business loss and Nairobi county government is also demanding Sh430 million. The Tassia 11 infrastracture development project approval was unprecedural. Its budget was inflated to Sh505 billion.
Also to feature in private prosecutions is the approval and development of NSSF Kenyatta Avenue plot and the Mavoko land amounting to Sh130 billion which is the total portfolio of NSSF and analysts say it is like auctioning the entire fund. Cotu has also come out on board as the defender of the Kenyan workers pension fund.