NBK has been on its deathbed so KCB jumped to its rescue, however, that’s the beginning of yet another dirty game involving billions. While NBK’s MD has made himself a name as a crook, one of his lesser mentioned lieutenants is Chris Muiga, another Kikuyu motherfucker playing innocent to climb to the helm of NBK as KCB takes over. Here’s untold story of a silent crook.

In the offices corridors, Musau is known for his insatiable appetite for skirts and anything dripping, Chris is not a stranger, in-fact our close sources indicate that they’re birds of a feather patiently waiting to pounce and make away with the hanging meat of NBK-KCB inquisition.

In this site we’ve more than once exposed to you how Musau a renowned thief has been crippling NBK which now was left at the mercies of the public before an equally scamming KCB came onboard to salvage the situation.

Kenya’s biggest lender by assets KCB Group has offered to buy 100 per cent of National Bank of Kenya through a share swap consisting of one KCB share for every 10 of National, KCB said in a letter to National Bank.

The offer marks the second major deal among lenders since the government capped commercial lending rates in 2016. CBA Group, a privately held bank, is in process of merging with NIC Bank in in a deal which has been approved by shareholders of both parties.

In a statement, NBK said KCB Group served it with a notice of intention to acquire 100 per cent of its ordinary shares in the proposed transaction. Among the conditions by KCB to NBK for completion of the acquisition, include the latter delisting from the NSE and the conversion of 1,135,000,000 preference shares in the capital of the firm to 1,135,000,000 new ordinary shares.

Another condition to be met  in the acqusition is the procurement of regulatory approvals from, amongst others, the Capital Markets Authority, the Central Bank of Kenya, and the Competition Authority of Kenya.

NBK said its board would consider the offer in detail, make consultations, and then seek the necessary approvals from the shareholders and the regulators.The lender advised its shareholders and the public to exercise due caution when dealing with its shares until further announcements are made.
NSE Times back had suspended trading in both KCB and National Bank shares, without offering an explanation.In 2018, National Bank recorded a 98 per cent drop in profit to Sh7 million, up from Sh400 million in the previous year as the lender struggled to recover its bad loans.

Chris Muiga who heads treasury operations at National Bank of Kenya is a bonafide Kenyan with a big body reminiscent of a person with a huge appetite for Nyama Choma. Indeed, he spends most of his weekends feasting which is why we are not shocked with that body size.

Chris erupted into Limelight after the Exit of Solomon Alubala from NBK. Solomon Alubala is famous for being the sacrificial goat after the former scandalous MD MUNIR, DUALE, CHRIS KISIRE &  DP William Ruto used him to make billions. GHASIA MTU YEYE.

Chris Muiga campaigned very hard to be made the head of Treasury with an absolute eating promise to Reuben Koech & Wilfred Musau. In the first 1 year into the role, Chris Muiga was a honest swindler. 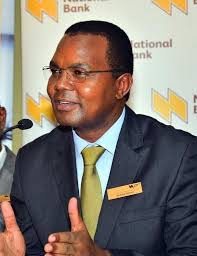 Greed would catch up with him and he started eating alone. Such lone ranger tactics angered Wilfred Musau and now Chris Muiga has been evicted from the tightly locked Treasury Room. He is hanging around the bank with no assigned role at the moment.

Heavy Rumors suggest that Chris Muiga is currently headed to NBK’s frustration corner – Remedial/Collection Department as a collections officer. This is the department where people earmarked for quarantine are dumped.

To replace Chris, Musau appointed JEREMIAH KENDAGOR, a Kalenjin who has promised to make him as much as possible as he does his final stretch in NBK. MUSAU reportedly has until June to vacate &recently sent an alarming email to staff which dampened everyone’s moods.

Mr. Joshua Oigara if you do not move fast with the buy-out plans, you will be left with a shell and expensive redundant managers. NBK Directors are eating NBK’s bone marrows now that its clear the thieves wont have a place in KCB.

This site is now officially opening a probe on Chris and his gang members like Jeremiah Kandagor, we will elaborate to you in our subsequent articles why KCB must not bring onboard the same people from NBK who crippled the bank.

We’ve also learnt that the board and top management of the National Bank of Kenya will be shown the door once the takeover bid by Kenya Commercial Bank Group goes into full swing,.

KCB chief executive Joshua Oigara told shareholders at their annual general meeting that the bank would also aggressively pursue a small group of rogue debtors, who he says owe NBK about Sh30 billion. 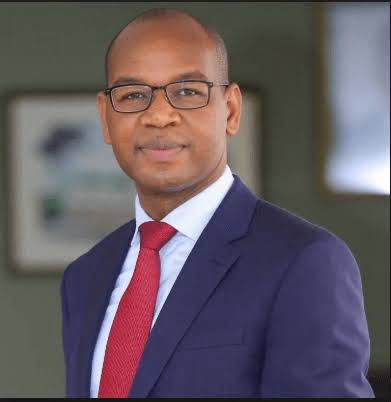 He told KCB shareholders the decision to acquire the ailing bank is backed by good reason and a risk analysis, which has established that NBK has great potential but is weighed down by a series of bad decisions by the management and the perennial defaulters.

Its in this line that we’re urging Oigara not to transfer failures like Chris to his new team. These crooks have stolen and shredded the bank. In our coming expose, we reveal how Chris and his team of thieves including the CEO, chairman and board have been playing their cards and how desperate they’re to ensure they move over as acquisition takes play. We’re just getting started. 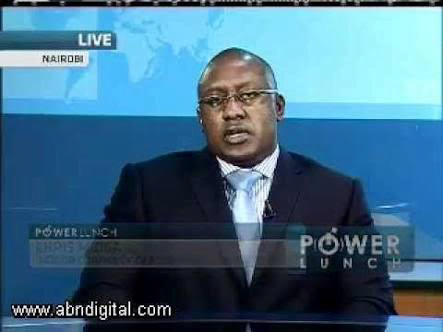