The National Assembly’s committee on agriculture is in the pockets of cartels from Kenya Tea Development Agency who are dishing out millions of shillings to ensure the tea Bill that is ready for final reading is scuttled.

The cartels have divided the 18 members of the committee down in the middle. The once vocal members have also gone mute since pocketing bribes.

The flying bribes is part of a wider scheme to pocket more MPs to shoot down the Bill before it is passed and sent to the president for accent.

The late Matunguli Mp Julius Murunga who lost the battle to covid-19 was also a member of the committee.

Meanwhile all eyes turn to the High Court this week where a landmark ruling is expected on one the many suits against KTDA. 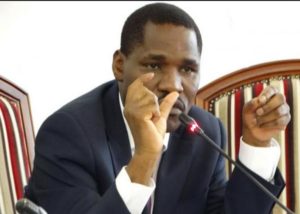 The agency that oversees more than 700,000 smallholder tea farmers is also facing a serious leadership crisis with the cartels holding onto office at all costs since joining it two decades ago.

National leaders including President Uhuru Kenyatta and Opposition chief Raila Odinga have called for the change of guard at the KTDA led by chief executive Lorianka Tiampati and company secretary John Omanga.

The two cartels who were convicted and fined for contempt of court have vowed to stay put and take the  fight to the doorsteps of Agriculture CS Peter Munya.

The regulations by the CS are part of new rules that aim to reform the tea sector by introducing modern  ways of management.

But KTDA directors are already in bed with governors, senators to easily shut make it for them to shut down farmers who are supporting the new regulatory measures by Munya. 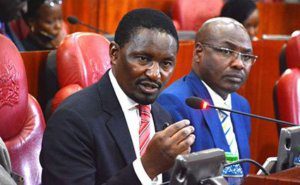 Former Agriculture CS Mwangi Kiunjuri. He was compromised by the cartels [p/courtesy]

The daring cartels used the former Agriculture CS Mwangi Kiunjuri to frustrate state machinery before he was sacked and replaced by Munya.

The cartels treated Kiunjuri with paid holidays abroad including in the USA where they hosted and zipped him in the deep pockets.

But the current CS for Agriculture is embroiled in a heated fight with the cartels with his political rivalry with Governor Kiraitu Murungi being roped in.

Records in the two parliaments show that members of the committees were on Agriculture were on a paid holiday in Mombasa recently where they deliberated on the looming reforms in the tea sector.

But farmers are not turning a deaf ear to a possible shocker if the lawmakers reject the reforms despite the pathetic sufferings they are enduring under the cartels.

KTDA chairman Peter Kanyago has made it a tradition to use George Muhoho’s name to threaten reformists. Mr. Muhoho is President Uhuru Kenyatta’s uncle.

In this article:KTDA, Ministry of Agriculture