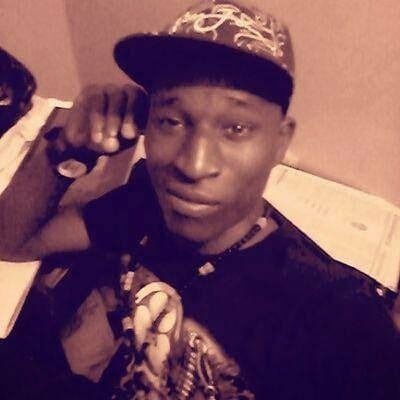 Within a span of less than fifteen years, an issue that was on the periphery of national priorities is suddenly at the heart of every conversation held in social gatherings and on the mainstream media. Single Mothers.

Kenya is currently paying the price for allowing errant media operatives to propagate a twisted concept of women empowerment, and an economic disparity that sanitised cross-generational sex as a norm in this country. We are paying a price similar to what we will be payingin ten years with deaths of epidemic proportions from lifestyle-related diseases, after 8-4-4 was structured to eliminate sports and co-curricular activities, thereby entrenching pathetic habits of alcohol and nyama-choma as leading past-time activities for most Kenyans, and the consequences will be dire a few years from now.

So due to the misinterpretation of messaging by the leading media figures that we have previously highlighted, and the exponential rise of single mothers in the country, the question still remains; would you marry a single-mother?

Meet Judy Thuo, widow of the late George Thuo. After the mysterious death of her husband and the former Government whip, Judy suddenly started striking big deals with the shrewdness of a Jubilee tenderprenuer using Redline Limited a company that Thuo had incorporated before his death.

George Thuo lost his Juja seat in April 2010 after William Kabogo lodged a “successful” electoral petition, even though there are rumours that presiding High Court Judge Luka Kimaru was bribed to make the ruling.

Behind every successful Kikuyu woman is a dead husband, or so they say. Myth or stereotype?

In November last year, senior Kenya Pipeline Company managers were charged in the Anti-Corruption Court for paying Redline Limited 28.5Million in falsified charges. They were also charged over transferring a title-deed worth Kshs. 1Billion to Redline in exchange for supply of power equipment, which were never delivered exactly two years after Thuo’s death.

We’d request our blogging counterparts in Owaah.com to consider this case in their forthcoming releases, which promises to be of definite interest to the country.

A deeper research into Redline Limited will reveal that George Thuo’s adopted son Ian Gichuhi is a director of the company, and that the business has been transacting big volumes since the former legislator’s death. The son who “came with the mother” is now at the heart of a big scandal, and also a beneficiary.

George Thuo died at a time ICC Witnesses were being slowly eliminated, and to the keen eye, you will notice that the main case collapsed immediately after. According to the evidence presented by the prosecution, Thuo was perhaps the only link between the top suspect, and Mungiki. Being a former George Saitoti ally, Thuo was advised to relocate from his Runda house to Thika, after several attempts on his life were made, weeks after Saitoti’s mysterious helicopter crash.

Subsequent deaths by Gatundu South and Dagoretti South MP’s subdued Central leaders into silence, each fearing that they would be next if they didn’t tow the line. It is the reason why despite open hostility against the Jubilee regime’s by majority of Central Kenya’s population, their elected leaders cannot dare utter a word for fear of being murdered.

It is only recently that Kirinyaga leader woke up and said enough is enough, when they addressed a charged press conference and issued an ultimatum to Uhuru, that they would weigh their political options should he proceed with the alteration of a proposed road project.

Bloggers too had been subdued by Jubilee mercenaries after the forceful disappearance of the Jackal News Website editor Bogonko Bosire who was keenly monitoring the ICC case and knew the identities and location of witnesses. He was a partner to Statehouse Communication Director Dennis Itumbi who now walks the saintly path, purporting to advise on matters of life, careers and spirituality.