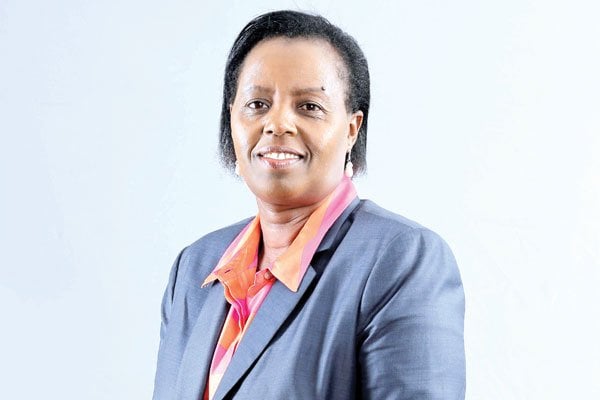 It was reckless for EABL MD Jane Karuku to expose the company and its flagship brands, to the raging gender debate in the country.

Her gaffe which was pandering to one side of the ideological divide has shone the light on corporate malfeasance prevalent in the country.

EABL has been particularly notorious for entrenching cartels and thus lacks the moral authority to walk on an ideological high-ground, because employment and contractors are selected based on cronyism, nepotism, and the likes.

It is a company notorious for entrenching cartels.

If you look at their sports department, for instance, Charles Gacheru and his company IMG Kenya have been the company’s preferred contractor for years, not because of any merit or special skills but because of the cronyism that’s rife in the company.

Long time Sales and Marketing Director Mburu Karanja is the son of former KBL MD Michael Karanja and many say that this relation is the sole reason why he got the appointment, and not because of any special skills.

Such is the nature of the EABL corporate governance structure.

With the rising digital activism spilling over to physical marches for instance Black Lives Matter, corporates have embraced independent oversight boards which advise corporates on weighty matters as regards to diversity, inclusivity and gender relations.

Facebook for instance, has named a Global Oversight Board with a Kenyan Maina Kiai in it, to address concerns relating to censorship and the likes, after public outcry that the tech-firm was over-reaching its boundaries and manipulating discourse to suit an agenda.

The NFL also appointed Jay-Z owned RocNation to provide direction as to entertainment options, to ensure it meets criteria related to diversity and inclusivity.

Such is the nature of global titans who move fast to address concerns, as opposed to Kenyan corporates.

EABL an alcoholic beverage manufacturer is yet to take practical and convincing steps to address concerns about alcoholism and rehabilitation for those who fall prey to the vice.

Their CSR which should focus on mental health has almost been non-existent.

It is incidences like the HomeBoyz Radio blow-back which expose corporates and their weak under-bellies when it comes to policy and governance, where all the simmering concerns explode and expose companies, like what happened to EABL yesterday.

This wasn’t an overnight event.

Advertising guidelines are becoming stringent day by day, and EABL’s (and other) alcohol manufacturers will be finding it difficult to promote their products, due to concerns related to enabling alcoholism.

So far they’ve been exploiting loopholes in the regulations.

This then leaves wondering why EABL would release such an unqualified statement, in light of the shrinking spaces for brand placement.

Was it well-thought-out? Was Jane Karuku being partisan? Did she bother to consult?

Male empowerment and the cause for Boychild emancipation is an actual movement, despite its lack of a coherent structure. Those who identify with the struggle know who speaks on their behalf.

So why would a company deliberately antagonize the growing constituency?

The #BoycottEABL hashtag is a signal that consumers demand more from belligerent corporates, who seem to be oblivious as to the changing climate.

Other corporates should take note and adjust accordingly.

The BoyChild’s silence has been misconstrued for compliance.