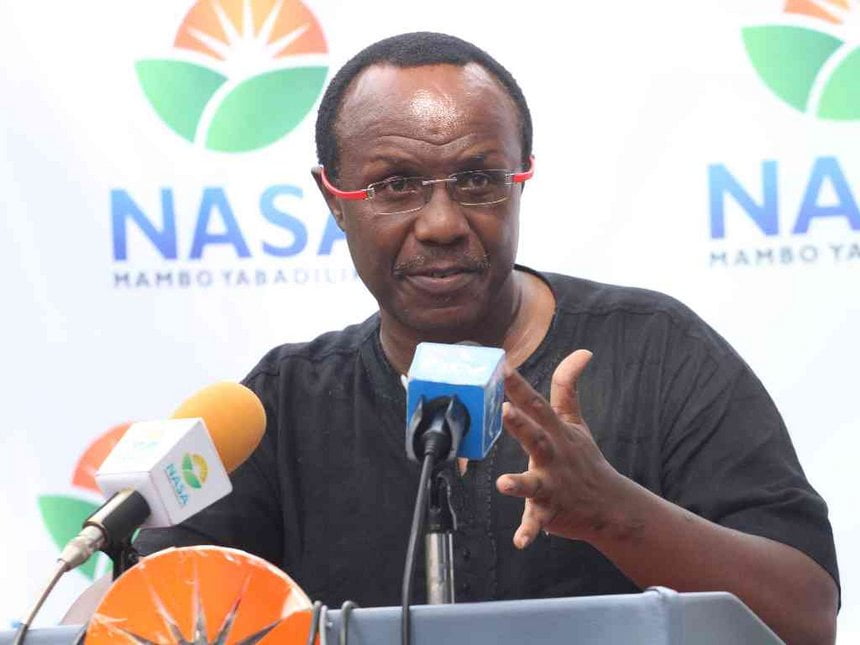 In the wake of the Kenya Airports Authority workers’ strike, Transport Cabinet Secretary James Macharia ordered officers from the General Service Unit [GSU] to descend on the protesting airport staffers in a bid to “restore normalcy” and rescue thousands of stranded passengers.

The decision was greatly criticized even by his own friend and renowned economist Dr. David Ndii who couldn’t believe how a one time extremely succesful CEO had been reduced to a “blundering minion”.

Ndii couldn’t help but pity the cabinet secretary for how he had chosen to end his illustrious career.

He went on to ask those still working in government like his friends and former classmates Adan Mohamed, Monica Juma and Fred Matiang’i to jump out of Jubilee’s sinking ship if they care to be on the right side of history.

Ndii also expressed his disbelief on how the previously accomplished individuals had allowed Jubilee and Uhuru Kenyatta to destroy them and wondered how they tolerate his “indiscipline” and “incompetence”.

Memo to my friends in Jubilee:
See how this successful CEO’s reduced to a blundering minion- the King’s fool. Graft, mediocrity follow him him like a bad smell. What a way to end a career? If you care to be on right side of history time to jump Jubilee sinking ship was yesterday. https://t.co/1doBqjzlds

It beats all logics why @UKenyatta could leave such a person like Macharia to continue being a CS, probably Macharia serves the interests of the President, otherwise @UKenyatta would have sacked him long time ago alongside Ms Kariuki of Health, Keter, Rotich, Eugine, Chelugui.. https://t.co/SoBUomke2r

Schooled with @AdanMohamedCS A-level to UON (topped his BComm class), Monica Juma @Diplomacy_Kenya from UON to PhD and I am still @FredMatiangi professional referee. These are top notch Kenyans who should not allow themselves to be wasted by this mediocre regime. https://t.co/MrfvlUUgYu