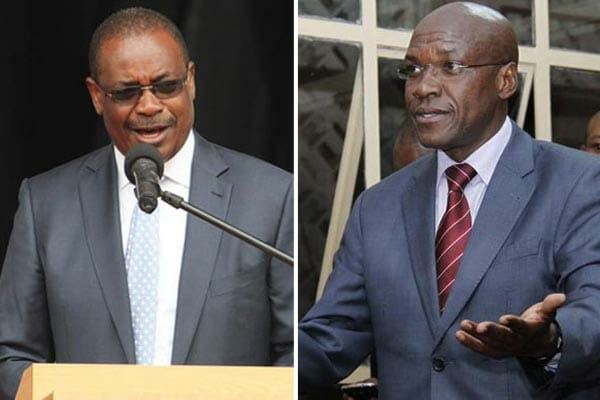 Nairobi Governor Evans Kidero has given Kakamega Senator Boni Khalwale three days to apologise for allegedly defaming him during a presidential function on Wednesday.

Through his lawyer, Prof Tom Ojienda, the governor has asked Dr Khalwale to publish the apology in at least two newspapers of national circulation.

“Our client demands that you immediately and unconditionally prominently publish an apology to him in at least two leading newspapers of national circulation in the next three days of receipt of this letter,” Prof Ojienda says in a letter dated yesterday.

It is addressed to Dr Khalwale and the Senate clerk.

Prof Ojienda has told the senator that his client is also demanding that he immediately admit liability in the matter.

Prof Ojienda goes on to inform the politician that, besides owning up, they would start engaging him in negotiations regarding awards of damages to his client for the harm he has suffered following the defamatory words he uttered against him.

Senator Khalwale called for the arrest of Dr Kidero on Wednesday at the Mumias Sports Complex, alleging that he was among those behind the collapse of Mumias Sugar Company, where he worked as a managing director.

If Dr Khalwale fails to apologise and admit liability, the lawyer has warned that Dr Kidero would institute a suit against him for defamation.