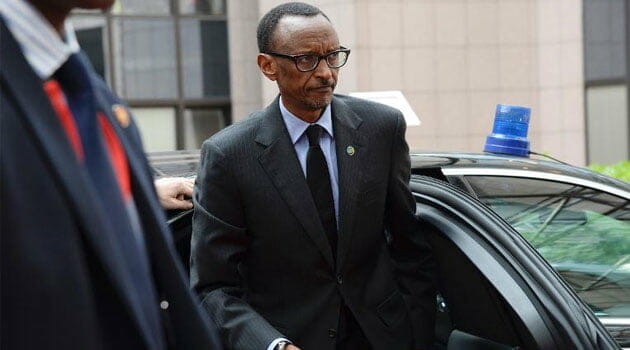 Rwandan President Paul Kagame arrives in Paris Friday, his spokeswoman said, but for a UN meeting and is not expected to meet French officials while in the country, which he accuses of complicity in the 1994 genocide.
It will be his first visit to Paris since again accusing France of “participating” in the 1994 genocide during the 20th anniversary of the mass killings in April 2014.

“President Kagame will arrive in Paris on Friday for a meeting of the UNESCO ITC (information and communications technology), where he is a co-chair of the broadband commission,” Kagame spokeswoman Stephanie Nyombayire told AFP.

Kagame accuses France of complicity in the genocide because of its support of the Hutu nationalist government that carried out the killings of at least 800,000 people, mainly ethnic Tutsis.

Relations between the countries were completely frozen from 2006 to 2009.

Paris has repeatedly denied the accusations and insisted that French forces had worked to protect civilians.

Protestors are due to hold a rally against Kagame near the Paris offices of UNESCO.