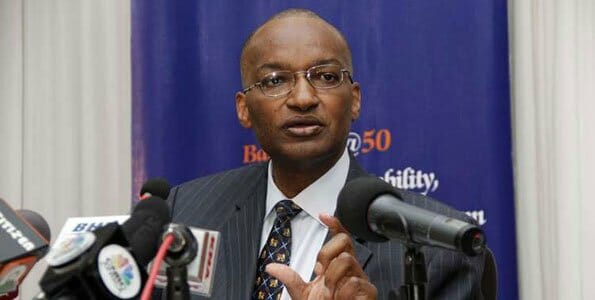 Central Bank of Kenya (CBK) has in a shock move slapped a moratorium on licensing new commercial banks throwing off balance the entry of Dubai Islamic Bank and the planned conversion of Unaitas Sacco.

Dubai Islamic Bank (DIB) had received an approval “in principle” while awaiting the full licence. Staff hired by the Gulf-based bank on the basis of the approval reported early this week but the fate now hangs in the balance.

“The Central Bank of Kenya has, with immediate effect, placed a moratorium on the licensing of new commercial banks until further notice,” it said, adding that the moratorium “does not apply to cases relating to resolution amalgamation and acquisition of banks.”

The moratorium is likely to force up the price of fringe banks as well as shield large players from new competition. CBK has for six years frozen licensing without official order.

At the time of going to press, Central Bank had not responded to queries on the reason for the moratorium.

Notably, placement of the moratorium comes soon after the collapse of Dubai Bank and the closure of Imperial Bank due to fraud that the regulator failed to check.

Nigerian United Bank of Africa was the last lender to acquire a licence to set up a green field operation in the country, six years ago. Other entrants have preferred acquisitions with DIB said to have been the only exception.

Banks that have entered the market through acquisition include Bank M of Tanzania, which acquired majority stake in Oriental, Nigeria’s Guaranty Bank that acquired Fina in 2013 and West African Ecobank that took over East Africa Building Society.

Others including India’s HDFC and Central Bank of India, Bank of China, Rabobank from the Netherlands, Bank of Kigali, Mauritius Commercial Bank and South Africa’s Nedbank and First Rand have set up representative offices.

DIB, as it prefers to be called so as not to be confused with the fallen Dubai Bank, is completing setting up its headquarters at the offices previously occupied by Imperial Bank in Upper Hill. There is no known shareholder relationship between DIB and Imperial Bank.

Unaitas Sacco has been raising capital while transforming its business so as to convert into a bank in the next three years.

Unaitas Sacco’s total share capital increased to Sh1.44 billion in 2014 from Sh693 million a year earlier as a result of an aggressive membership recruitment drive that has resulted in members increasing by 43 per cent to 200,000 from 140,000 over the same period.

The sacco has contracted Faida Investment Bank to guide it through the restructuring and RSM Ashvir as its accounting officers.

America’s largest bank JP Morgan Chase has also showed interest in opening a representative office in Kenya after failing in its initial effort two years ago. CBK blamed American regulator for stalling of the licensing.

Previously the regulator has sought consolidation in the banking sector by increasing capital requirements to no avail with the small banks matching new requirements.
CBK rejected a proposal by the Treasury to raise the core capital for banks this year to Sh5 billion.