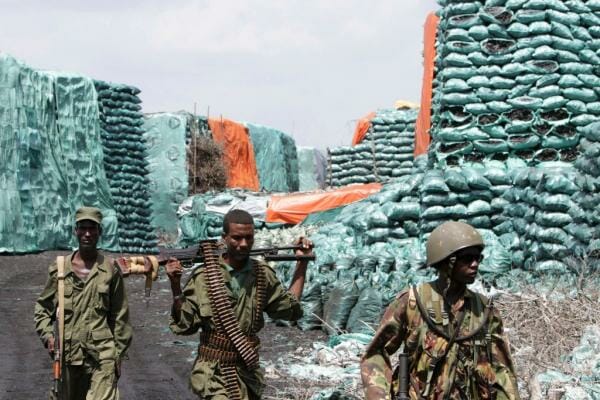 THE Somali Parliament on Saturday overwhelmingly voted for a motion that compels the Kenya government to withdraw its forces from Somalia.

At least 160 MPs voted for the motion, in which they singled out the Kenya Defence Forces and demanded they leave the country forthwith.

The MPs raised concerns concerning the latest report accusing Kenya’s military of illegal involvement in the sugar and charcoal trade and Kenya’s ongoing plans to build a 440-mile wall along its border with Somalia.

Two reports have claimed KDF involvement in contraband trade in recent times – one from the UN in 2014 and last week’s “White and Black: Kenya’s Criminal Racket in Somalia”, published by rights group Journalists for Justice.

In a heated debate only two MPs voted for KDF’s continued stay in southern Somalia, where they have been since they moved there in 2011. One MP abstained.

Head of Parliamentary Commission on External Affairs Mohamed Omar Dalha said the Kenya Government continues to violate their country’s integrity by building an “illegal” wall and engaging in criminal activities.

“We ask the international community to seek contributing troop countries elsewhere in order to replace the troops from Kenya,” he said.

The wall, a series of concrete barriers, fences, ditches and observation posts overlooked by CCTV stations, is expected to stretch from the Indian Ocean to Mandera, where both countries converge with Ethiopia.

The motion was moved by the Committee of the Federal Parliament of Foreign and Internal Affairs and tabled after a report emerged of KDF’s involvement in the illicit sugar and charcoal trade in Somalia.

The UN report claimed Kenyan companies and KDF are the leading participants in the illegal charcoal export through the Kismayo port worth Sh22 billion annually.

“Al Shabaab continues to benefit from the revenue generated, on a scale greater than when it controlled Kismayo,” says the report compiled for the UN Security Council in October 2014.

Journalists for Justice claimed at least Sh40 billion worth of sugar and charcoal is traded in Kismayo with support from KDF and the Jubaland administration. This, the report said, gave al Shabaab an economic lifeline.

The motion targeted the Kenyan troops, despite the fact that they are part of the multinational Amisom command.

The motion made no mention of Uganda, Burundi and Sierra Leone forces that are part of Amisom and which have been in Somalia longer than KDF.

The development came amid reports Mogadishu has recalled its envoy to Nairobi, Mohamed Gamal, for consultations on the border issue.