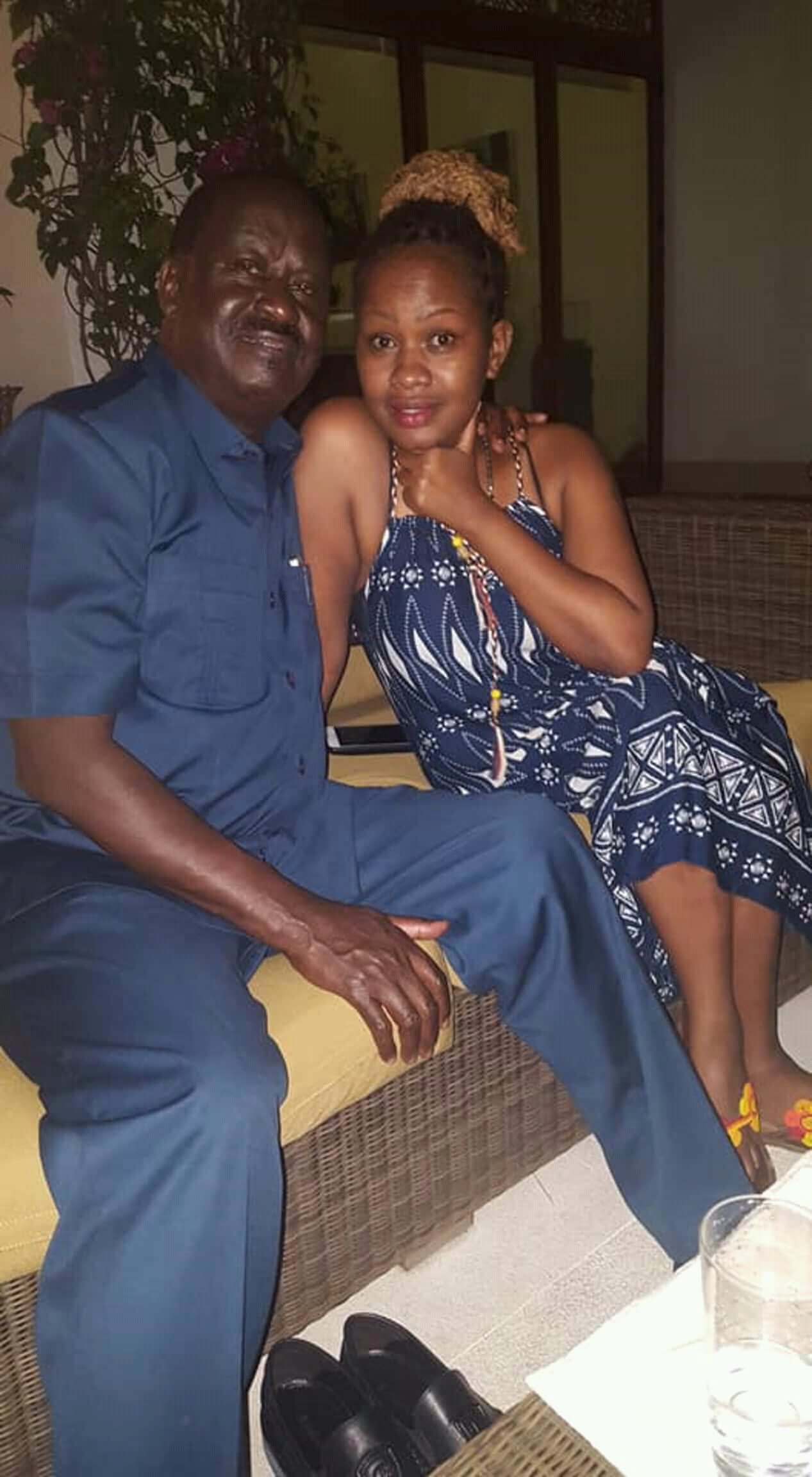 CAPTION: Jubilee’s propaganda wing of militant overworked and underpaid slaves of impunity, have been circulating these pics of an ordinary fan posing for pics with Baba.

Jubilee’s propaganda wing has been circulating photos of a lady with Baba Raila Odinga when he went for his RnR there. But who is this Sasha Seraphine Mbote?
It appears from the photos on her Facebook page that she is a masseuse at the hotel where the photos were taken. And she also seems like a Kenyan working in Tz because her Facebook page seems well updated on Kenyan issues.
In fact, the feminazi posted a screenshot of one of my Facebook posts, where rabid feminists were reporting over a post I made on Adelle. 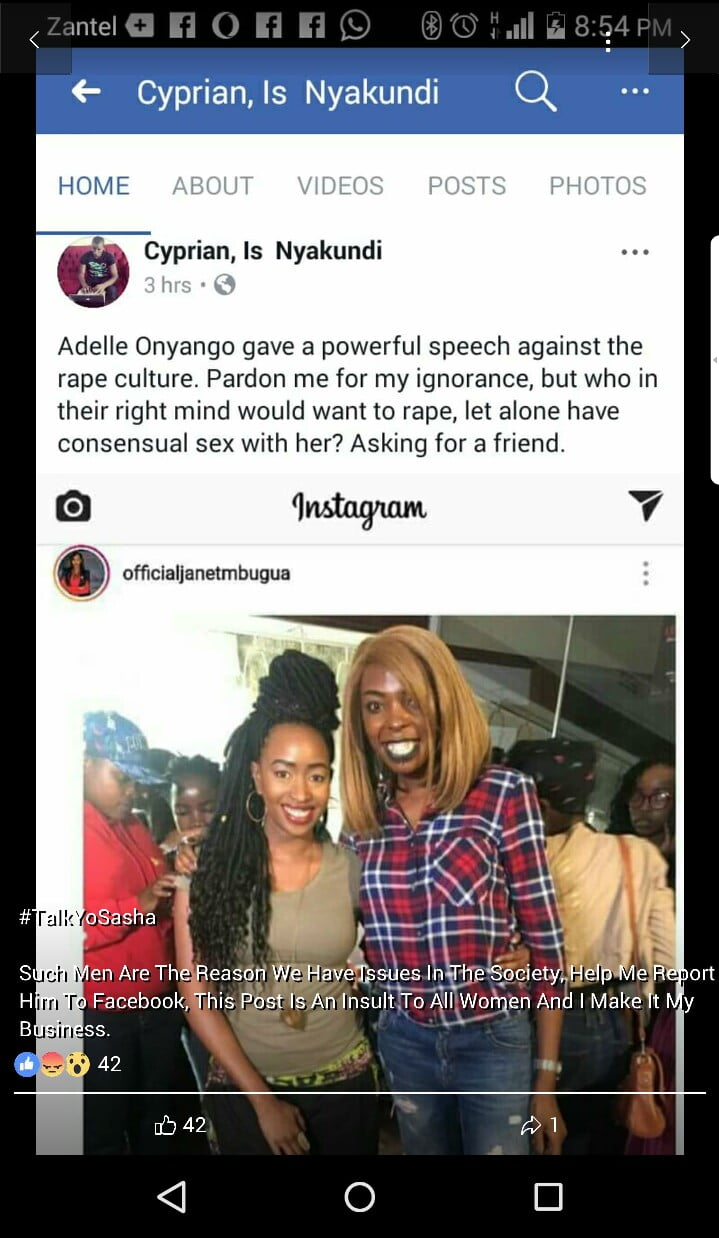 CAPTION: Turns out that this slay-queen posting photos with Baba in Zanzibar is also a Nyakundi enthusiast. Here she was seen ranting with her fellow feminazis after that Adelle scuffle. Hata mimi ni shujaa! My fans are all over.
I doubt such a feminist single-mother would be upto something sinister with our Baba. She’s too bitter with life and angry about her past indiscretions like Ciku Muiruri. If you look at Ciku Muiruri’s social media posts, she comes of as angry 24/7. This slay-queen exhibits Ciku-ism through her posts.
She hasn’t started posting motivational-quotes/bible verses but it’s only a matter of time. Frustrated women resort to posting sanctimonious/self-righteous shit once they come face-to-face with the impact of their past mistakes. For instance Grace Msalame is a hawker of quotes and verses because of being left a single mother. 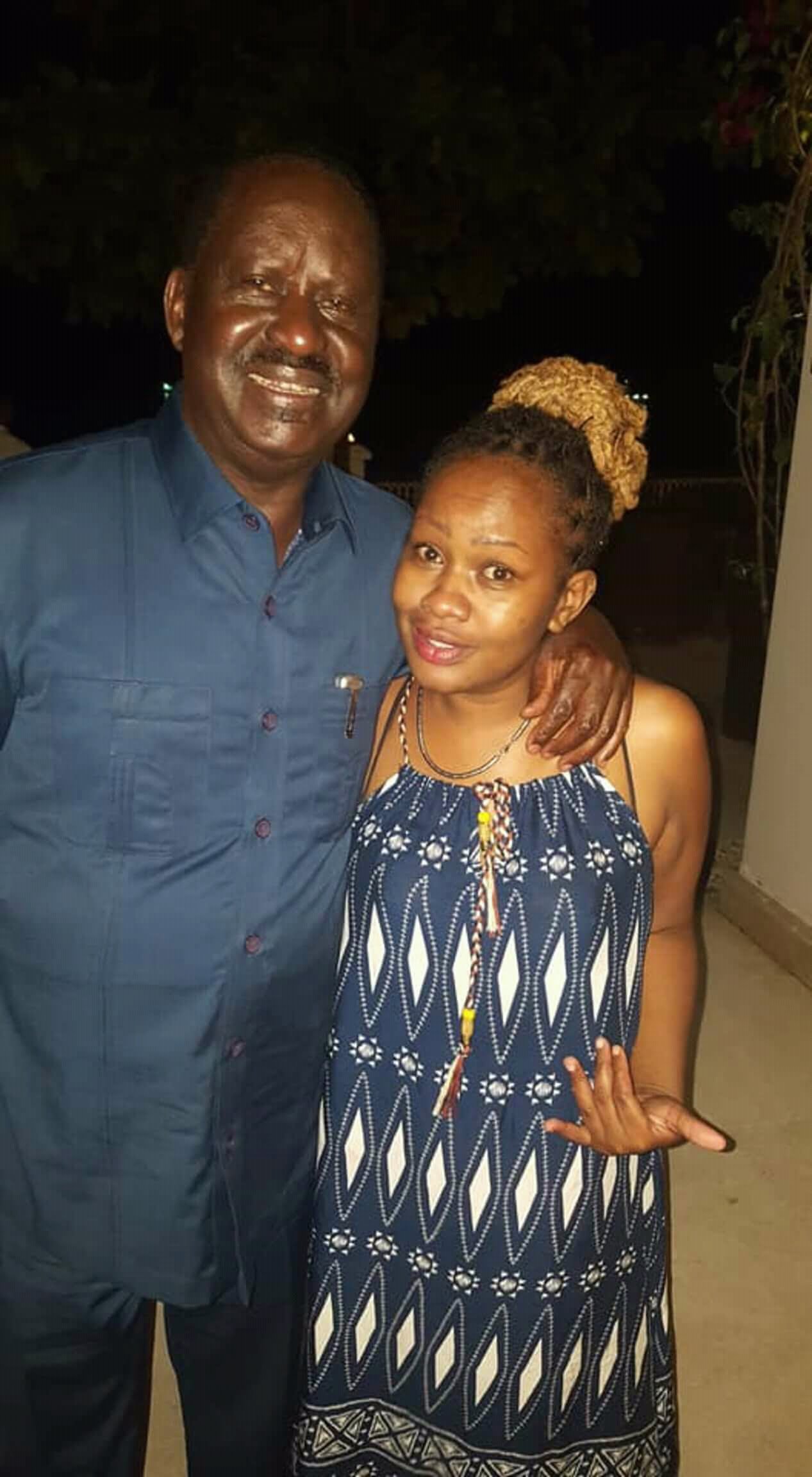 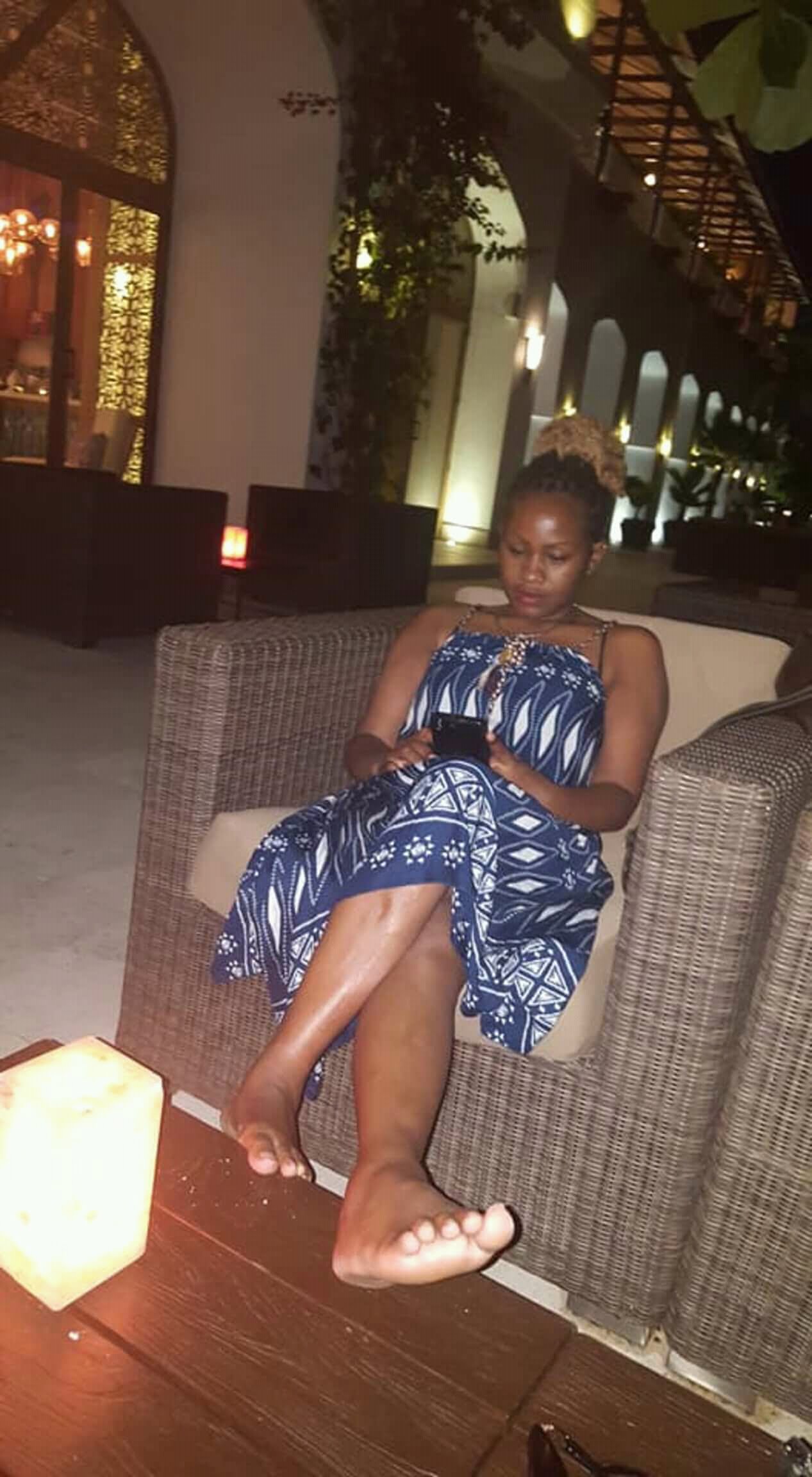 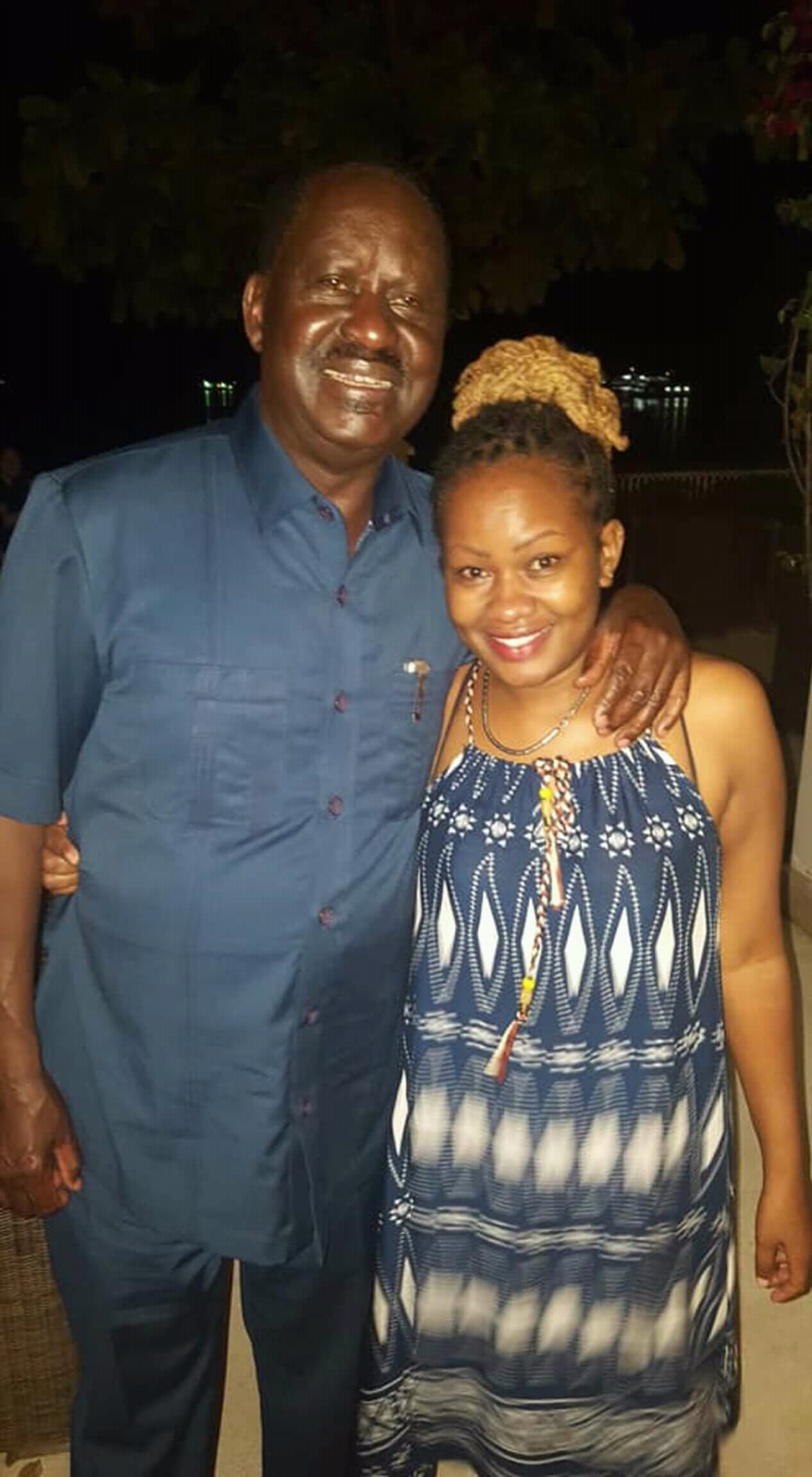 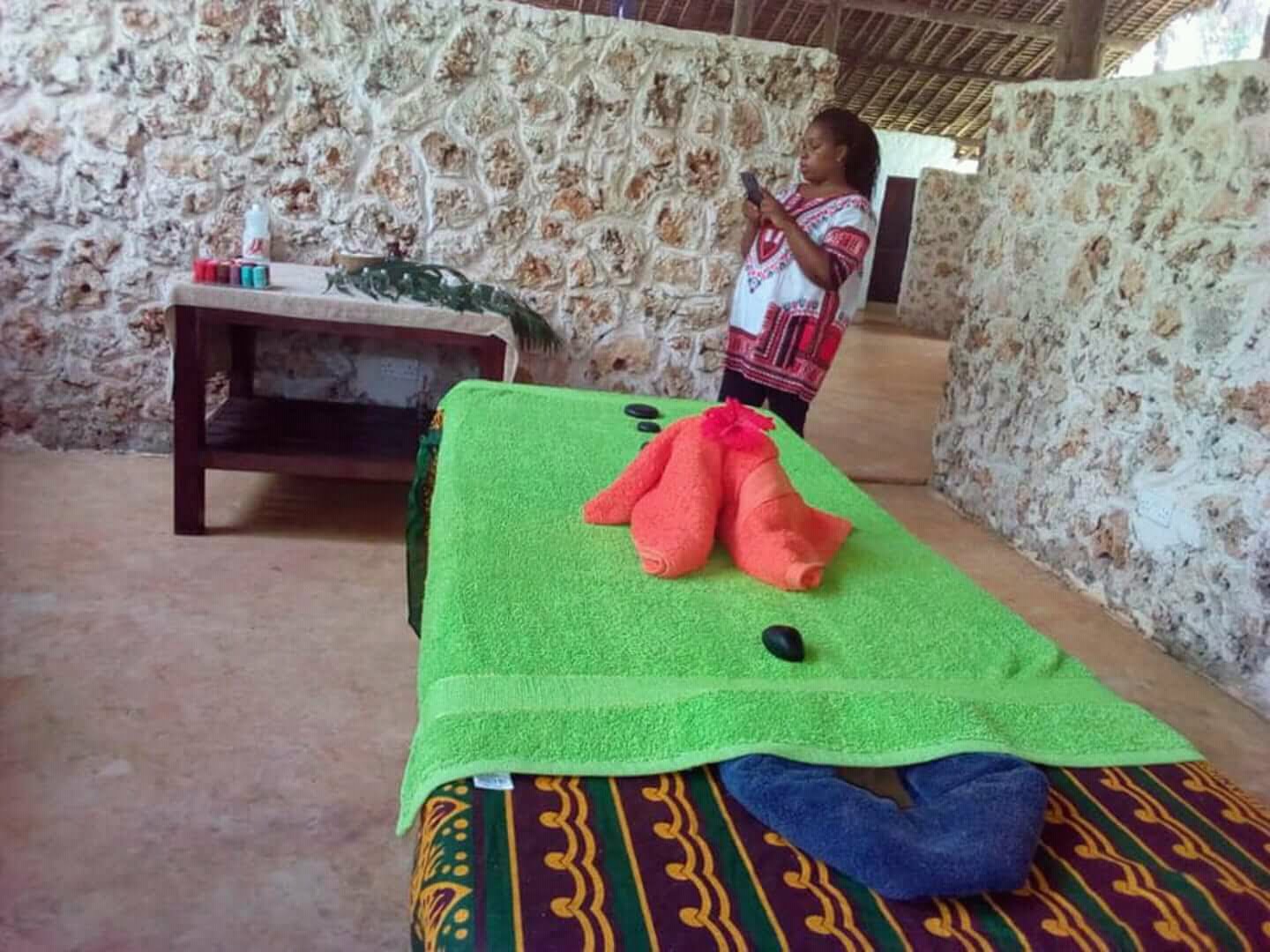 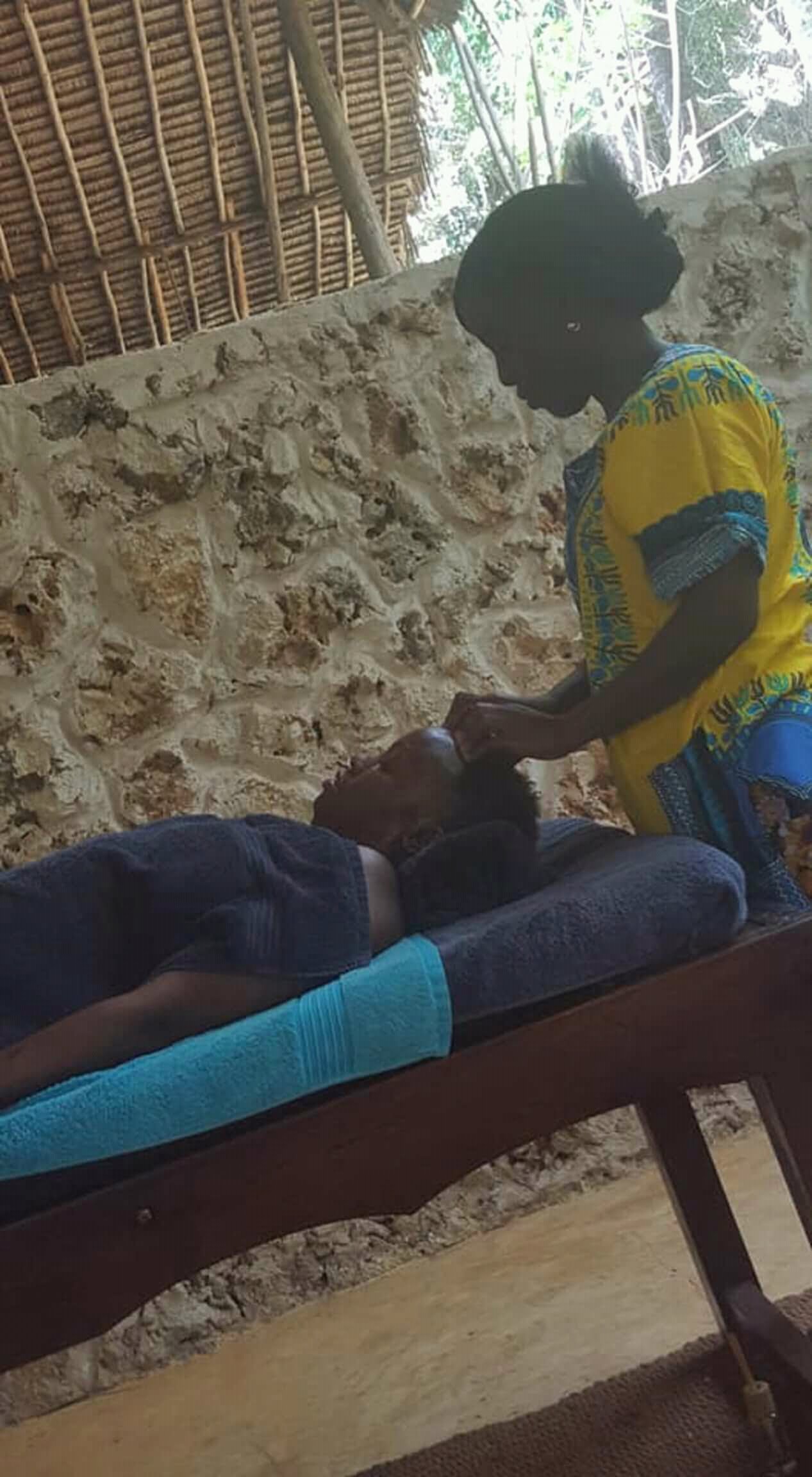 CAPTION: She seems to post photos of her work sessions as a masseuse, and probably Baba was her client. We all go for massages every now and then.

But from what it looks like, President Raila Odinga had met and gone on evening prayers with his counterpart John Pombe Maghufuli because he has been spotted wearing the same clothes. That’s what Jubilee sycophants are not telling you. 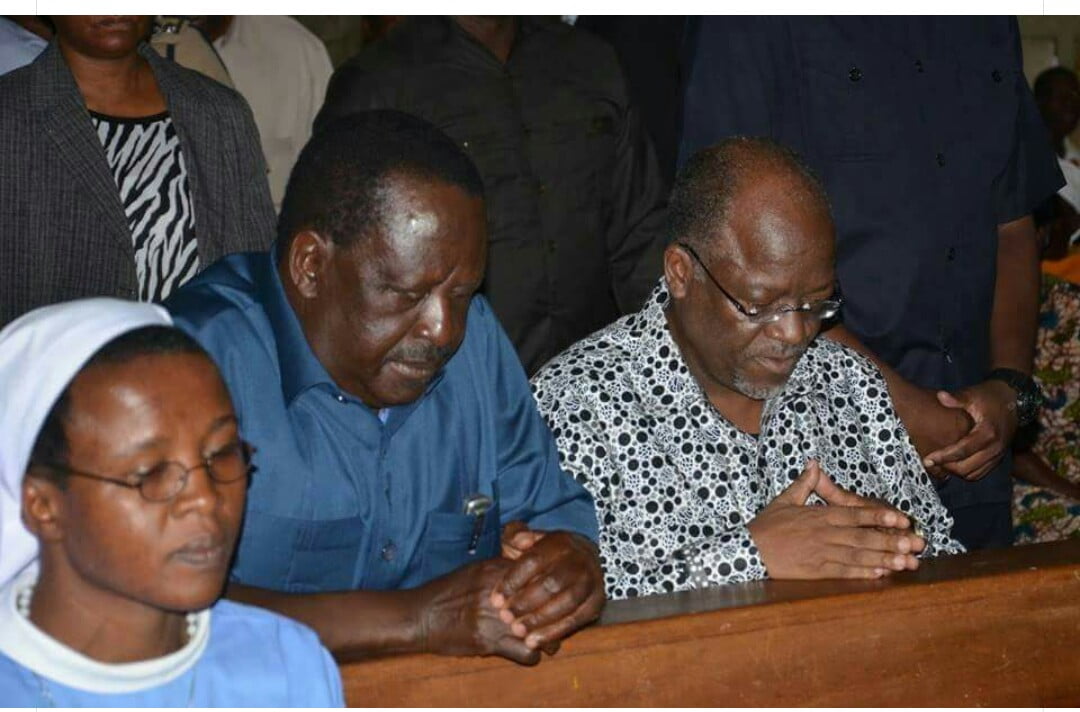 CAPTION: President Raila Odinga and his Tanzanian counterpart John Pombe Maghufuli. Tanzania is one of the many countries which have not congratulated Uhuru Kenyatta on his sham win.

Meanwhile Kenyan diplomats have been begging foreign heads of state to “congratulate” Uhuru on his sham win, to no avail. PSCU, the so-called “strategic geniuses” working for Uhuru, have resorted to forgery, yesterday being caught flat-footed with a fake letter purportedly signed by Benjamin Netanyahu. 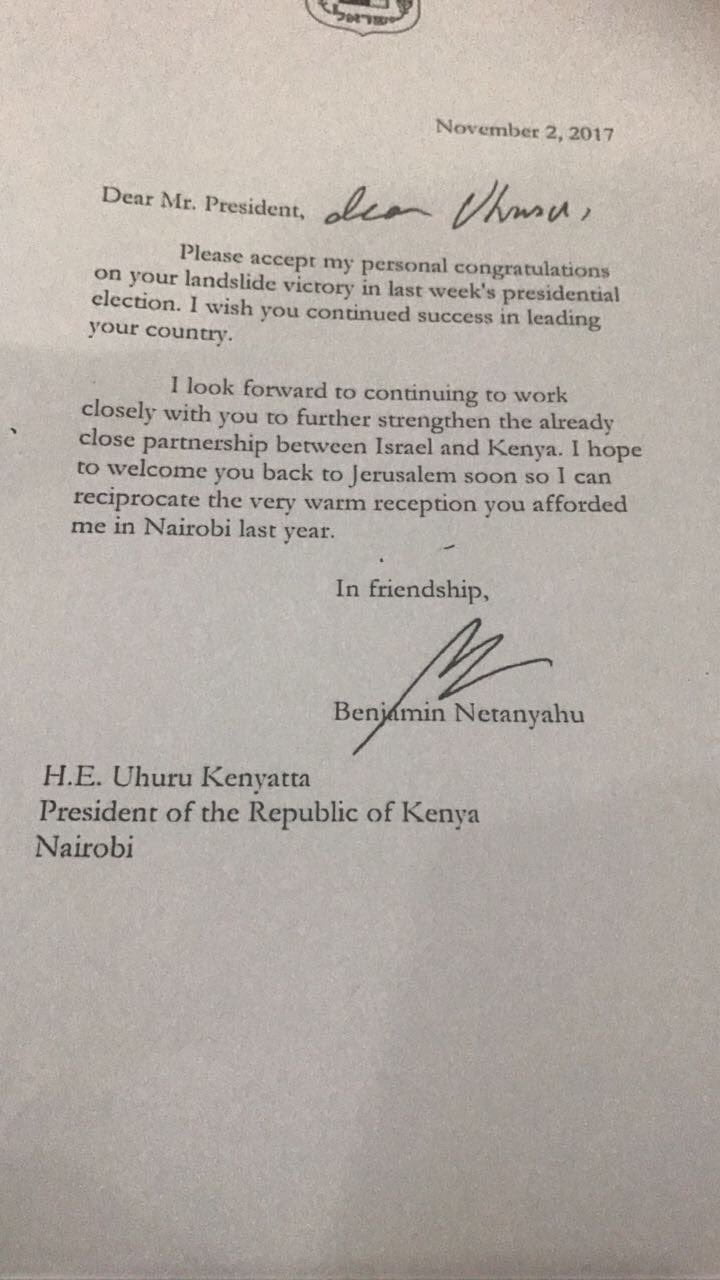 Reality is dawning on Uhuru that no foreign Government will recognise his sham win, throwing Kenya in a new war-front where foreign sanctions will be abound. Uhuru might be forced to pull a Mugabe if he jokes around. 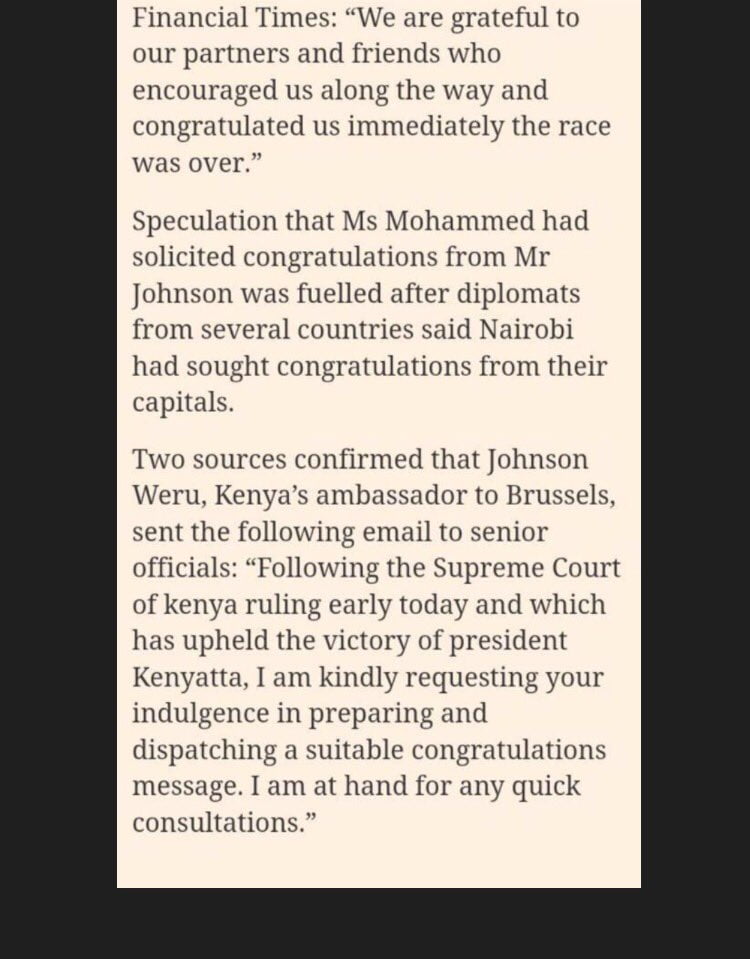 CAPTION: The Financial Times (FT) reported that Kenyan diplomats (aka jokers) were soliciting for congratulatory messages. What a shame! How do you force someone to congratulate you? How low will you go Uhuru? Aren’t you embarrassed by your own stupidity?

Raila gave him the option of a coalition Government on a transitional basis, but he has been chest-thumping and sending his minions to talk shit, instead of saving himself. Poor guy.
These are the real challenges that Uhuru should be worrying himself over, and not the fans throwing themselves at Baba.
Would you like to get published on this Popular Blog? You can now email Cyprian Nyakundi any breaking news, Exposes, story ideas, human interest articles or interesting videos on: [email protected] Videos and pictures can be sent to +254 710 280 973 on WhatsApp, Signal and Telegram.