We are inmates from industrial Area prisons. Actually, we are remandees and not convicts. In the month of June 2018, prison officer by the name SP Wilson K.Tonui assaulted a guy by the name John Kibowen who died at Block L in the presence of inmates and the body was carried to a standby ambulance and ferried to City mortuary.

On 10/8/2018, again, the same SP Tonui assaulted a disabled person by the name Nicholas Bahati Mule of capital Block. Since then, he is bedridden.

The officer in charge has not visited him to apologize since 10/8/2018 to date. SP Tonui threatened that we can’t take him anywhere. There are 15 witnesses that can testify to this. He said that he doesn’t fear court summons.

He works under instructions of the officer in charge by the name Samuel Ruto. The two officers were transferred here in the month of February 2018. Since then, we have been suffering.

No meals, we are beaten without lawful justification, intimidations. We are striking tomorrow. We are not going to take porridge, lunch and supper until commissioner general Osugo comes to address our problems. 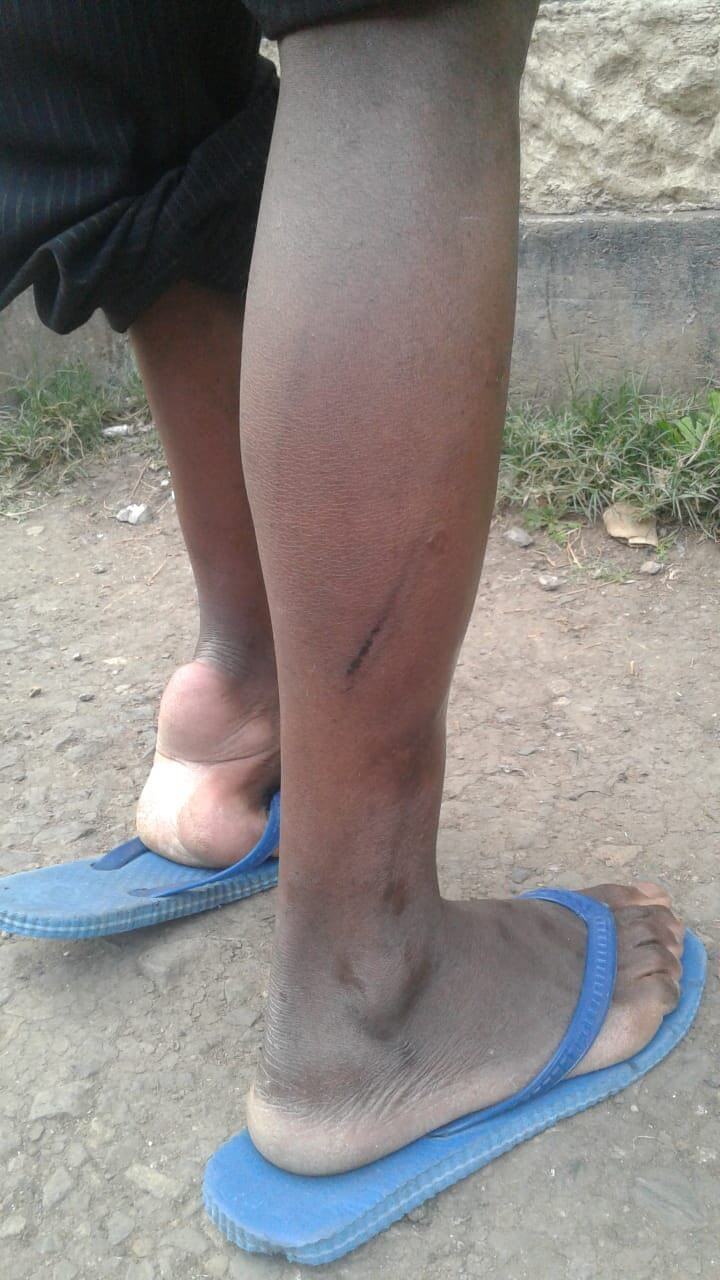 This is the boy who was beaten by an officer called SP Tonui.H e is disabled as u can see. A helpless boy

We request that media houses and Bloggers visit and support us by airing the problems we are facing.

Nicholas mule has instructed his lawyer to make an application tomorrow at High Court for action to be taken. We shall forward you a copy of that sworn affidavit once it is received at High Court.

Since February this year, 18 inmates have died under mysterious circumstances going unreported. The case of John kibowen was reported in all dailies on 26/6/2018, and the postmortem report by Dr Oduor was clear that the deceased was physically assaulted.

Inmates at block L are ready and willing to testify. But commissioner Osugo conspired by covering up SP Tonui, by saying that the boy died at Kenyatta Hospital while undergoing treatment.

This was a plain lie. The body was taken to City mortuary.We are worried that next Tonui and Ruto will kill us. On 11/8/2018(Saturday), two inmates.

We request commissioner osugo , madam Wanini and SP Rotich to come tomorrow to address us. We are not going to entertain SpTonui and Acp Samuel Ruto any more. We want them transferred forthwith.

This is the boy who was beaten by an officer called SP Tonui.H e is disabled as u can see. A helpless boy
Would you like to get published on this Popular Blog? You can now email Cyprian Nyakundi any breaking news, Exposes, story ideas, human interest articles or interesting videos on: [email protected] Videos and pictures can be sent to +254 710 280 973 on WhatsApp, Signal and Telegram.