Am a shareholder having bought shares in 2015 as the investment opportunity was sold to me by Bernard Kamiri.

Since 2015, I have not travelled back home and I did mid this year.

on Getting to Kenya, I decided to visit our investment and know how it is fairing. Little did I know that this was the best decision I ever made. On arriving at Rongai I was coldly welcomed into the bank and handed over to the acting CEO by the Name Josphat Njeru.

I engaged him on how the bank was fairing but he did not disclose as much information and I was not satisfied. I immediately asked him what happened to Bernard Kamiri and he again did not disclose. I immediately decided to take more time and get to know what was going on for even refused to show me the books of account for June 2018 and last year.

I immediately called Stanley Kasyoka who again did not pick my call and did not call back as well as Simon Gachunia.

Our investment being regulated by CMA I decided to visit the CMA offices to get more information. on arrival, I was only shown an incomplete share register and they told me that they have been trying to engage the bank to close on the issue and time was running short. They advised me that the shareholders should take up their responsibility seriously and use their power to get to know what is happening in the investment.

The information I have I felt I need to share with you so that we can make a decision that we will all be proud of.

to start with, our bank MD does not have capital. It is negatively capitalised at -29M. The board of directors we entrusted with the running of the institution has mismanaged everything. The bank has been in this status from Mid 2017 to date. As shareholders, we raised capital of more than 300M but to date, there is not even a penny. The main culprits behind the of depleted capital are the following; as per information in my possession,

1. Bernard Kamiri as the Chairman decided to be paying himself a monthly salary of 300,000 Kenya shillings every month.

2. Simon Gachunia decided to be paying himself 200,000 every month since 2015. This is despite them knowing that as non-executive directors they are not entitled to a monthly salary. 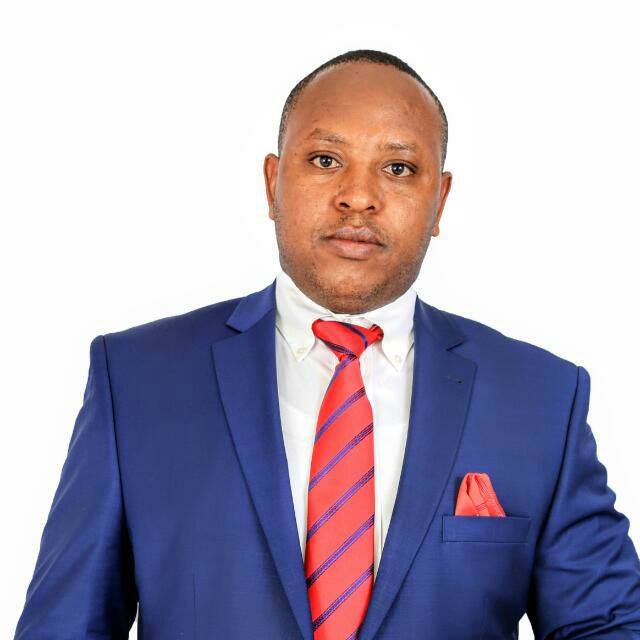 Crooked Simon Gachunia should be arrested and Charged

3. The board of directors led by Bernard Kamiri, Robert Mburu Mungai, Simon Gachunia authorised 20M to be moved from Cooperative bank to Dubai Bank that collapsed. They again used the same money and gave authority to Robert Mungai to borrow money from Dubai Bank using Choice 20M as security. Robert Mungai never paid back the money. This happened in 2015/16 and this is part of the capital we contributed. this is outright theft assisted by the board.

5. Bernard Kamiri was kicked out of the board of directors. He is not the chairman and is imposing himself. He was investigated by the central bank of Kenya and found culpable of fraud. You can liaise with the central bank on this for more information. He is as well not a director as he is posing. He should face us and tell us why he stole our money.

6. Robert Mburu Mungai is not a director of the bank. He was kicked out by the central bank for he was found culpable of defrauding the bank 20M and he failed to pay it back.

7. Catherine Njuguna an advocate and the only independent director resigned when she realised that the board is not professional and is not acting in the best interest of the shareholders. liaise with the central bank of Kenya for more information

8. Simon Gachunia was not elected as the Chairman of the bank as during the AGM Bernard Kamiri did not allow the shareholders to exercise their right to vote. The central bank has taken up this issue and is in the process of being reverted.

9. From the end of February 2018 the board has not been properly constituted. it has been operating below 5directors and as such exposing. The board has refused to recruit competent people based on merit so that their mess in Choice is not unearthed.

9. we need an explanation from Bernard Kamiri and the people he sits with in his office at Boston namely Allan Waigera and Betty Muidni on whether the money they collected from us reached Choice inform of capital.

10. Bernard Kamiri, Simon Gachunia, Robert Mungai and Joseph Kungu are shareholders of a company called Rapid Choice Ltd that has been stealing from the bank. I got the names of directors from the registrar of companies to verify if its true. they have as well created other companies that do business with Choice contrary to regulation and fiduciary responsibility we have bestowed on them.

11. The new director by the name Simon Ndungu decided to give himself a loan from the bank at an interest rate of 2% contrary to Central bank regulation. he is also on the spot.

12. Am informed that the board recruited a CEO who reported in December but was sacked by Simon Gachunia in July 2018. He has as well filed a case in labour court. Since inception, the bank has had 4CEO. This clearly shows there is a pro blem and we need to fix it. the problem is the board of directors.

13. I also checked the strategic plan, and I found that the consultant has listed the main challenge the bank is facing is a board that does not know its work thus demotivating staff.

Based on the above, it is clear that the bank is not heading in the right direction under this board. we need to take up our responsibility seriously. if at all the information I share here anyone can dispute it, I have all the supporting documentation as provided and I will share it.

since the board has not taken the responsibility of running the institution well, we need to come together as shareholders and demand an explanation from the central bank of Kenya, capital markets authority of Kenya, EACC on why they have allowed diaporians to be defrauded by the board.

we need to urgently set a special general meeting to kick out the board and replace it with a clean one. Without this, we might end up losing the entire investment.

lastly, we need to set up a meeting here in the USA and all other jurisdictions to discuss Choice. the people of interest we should engage are all the people who have been CEOs in the bank and all independent directors. these will assist us with the right information as we cannot rely on the board. we can host them here and get to hear from them. we can create a WhatsApp group for all shareholders we are talking through it as well.