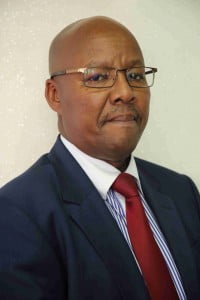 Mr. Dan Kagwe is the Postmaster General & CEO Of The Postal Corporation Of Kenya

Cnyaundi.com has learnt that a whistle-blower at the Postal Corporation of Kenya (PCK) is going through hard times after uncovering massive corruption by the top management.

From the confidential attachments we’ve seen, the board have a compex web of decit, where they fraudulently allocate money, then steal it and frustrate police and state prosecutors and walk away scot-free.

Just to in summary: certain staffer whom I later noted (on being posted to Machakos as Branch Manager) to enjoy top protection and immune to criminal section, pretended to have forwarded official cash (as required) to the head office but in actual fact had pinched the
cash in her office.

Closer scrutiny (of her file profile) revealed she had been pilfering official cash and getting away with it with abandon impunity.

The corporation invited state investigators who did their part and came up with recommendations, that is, to charge among others, the principal suspect.

I tried severally but in vain to discuss this with the CEO as is necessary to have this matter get the necessary attention after I realised top managers were protecting her.

The CEO gave me bouncing dates, through phone discussions, and so I became increasingly desperate. I was wrong because on separate dates I found the lady hosted at the PMG on two occasions while he himself gave excuse after another of ‘busy schedule’ to avoid seeing me on
this fraudulent matter.

I wrote to him (see attachments) but shortly changed my mind and made a letter to the Board of directors through then acting Chairlady.

The board chair, on receiving my communication called me by her cell phone. She acknowledged receipt and promise to get back to me as ‘they were investigating the matter’.

Meanwhile loss adjusters were invited to assess the loss through a made-believe fire that had ‘ destroyed the cash consignment’ at Machakos head office.

I was made to receive the insurers, McLarens, Global Claims Services, and help them ‘ believe indeed the cash had disappeared through the inferno which was not the case.

I refused to do this bidding which would have come with certain niceties, the case be closed while the fraudsters lived happily after.

With this sturbon refusal, a letter charging me with ‘Negligence of duty’ surfaced.  But, still I refused to back down and remained true to dictates of our constitution.

I was shortly demoted through rank reversal and recalled from Machakos office, which made me believe I had to write to the board, may be their hand could suffice in this heisty issue.

Back to the correspondences.

When understandably the board brought the matter to the attention of the CEO, he hastily instructed a committee to arrange an urgent committee meeting to have the principal suspect and myself sacked.

This was done in a desperate move aimed at closing the case before state investigator could implement the imminent action.

I came to note that cover-up has been the bane of the top office, where they execute theft, invite police investigators, scuttle investigations somewhere in the middle, frustrate state prosecutors by withdrawing necessary support and the fraudulent cases die as designed while the state loses funds to pockets of greedy individuals.

According to the documents we’ve seen, more than 1.2 million was stolen from Machakos Post Office. Other monies are as follows: Kshs. 202,291/-.

If you are working at the Postal Corporation of Kenya, please send information concerning corruption at this dinosaur entity.

Things should work better in the country.

All along we’ve been thinking that PCK is not performing, but with the theft, I think we need to implore further.

Postal corporation in other countries have cut for themselves a niche market and are still thriving despite the advancement in mobile technology.