Of late, the hypocritical Christian Churches have become real-estate developers. Their core-business has shifted from spreading the Gospel, to minting money, all under the guise of fulfilling the teaching of God.

Christian Churches especially the Anglican and PCEA who are perennially hustling their congregations for 10% tithes, have now become investment arms, going full-scale in the construction frenzy, building flats and lodgings.

Anglican, PCEA pastors have found it lucrative to “invest” in the fake frenzy precipitated by media reports of a housing boom. Many have been doing fundraisers, further stretching the meagre resources of their congregants in such unnecessary projects. 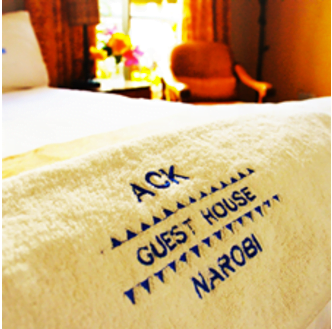 CAPTION: Beddings in one of the lodgings operated by the Anglican Church. What a contradiction.

Instead of investing in wellness centers, hospitals, research facilities, social-amenities, parks, and the likes, our Christian Churches are now being operated with the typical Kikuyu mentality of building flats.

Kikuyu’s were conditioned by churches to shun matters related to sports and physical-activity and to focus on money. Which is why Kikuyu’s are some of the most unhealthiest people in Africa with pot-bellies and a spike in lifestyle diseases. Because their church leaders told them that even if you drink, eat nyama-choma, and the likes, for as long as you tithe, your sins will be forgiven and heaven will await your triumphant entry. What rubbish!

Kikuyu’s are topping statistics as regards to fundraisings held within the last decade, for people seeking treatment abroad for terminal or lifestyle-related illnesses. The community is reaping the fruits of focusing on money, instead of creating a balance between health and wealth.

Churches are no longer speaking on matters of public interest, with people like chain smoking Cardinal Njue being a mouthpiece of the Jubilee regime. Former ACK Archbishop Eliud Wabukala has now been appointed by Uhuru as Chair of EACC, showing that all along, he was subliminally campaigning for him using messaging masked as “preaching” using the Anglican church infrastructure. 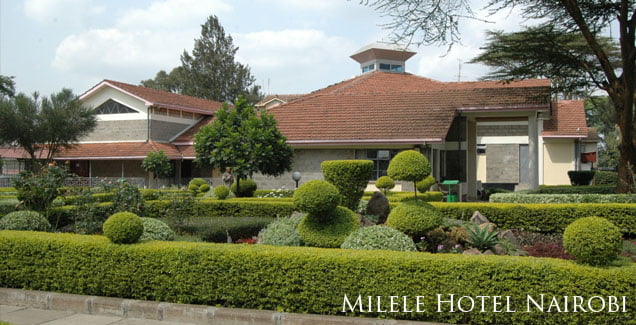 CAPTION: Milele Guest-House operated by the PCEA Church. These churches are no longer spreading the Gospel but minting money!

The “Muthamaki” (or King) tag came from Church leaders, referencing Uhuru to Biblical kingdoms. That’s how dumbed-down Kikuyu’s have become, through a matrix of combined spiritual warfare and radio indoctrination through Kameme FM. 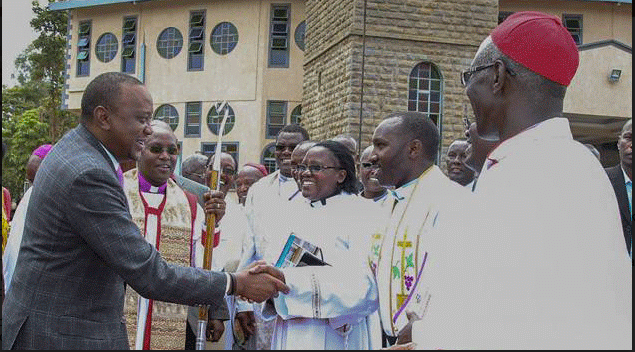 CAPTION: Church leaders have become an extension of the Jubilee propaganda machinery. Avoid them.

For Kenya to attain self-sufficiency and economic prosperity, we have to totally de-link ourselves with the partisan, money-making churches, whose core focus in the last decade has shifted from spiritual, to financial matters.

On the other hand, we will give you three examples on why Islam is the best religion to join, away from the extortionist Christians. And not just any Muslims, because we have for instance, the Saudi funded institutions in Kenya, which are only preaching radical-Islam or Wahhabism. This brand of Islam, fronted by Saudi Arabia, forms the basis of terrorist-acts.

But some moderate Muslim communities are contributing more to Kenyans than our Christian Churches whose core-business is now building lodgings.

In Nairobi, there is the Jaffrey’s Sports Club/Park, where members of a sect of the Muslim Community maintained it, to allow Nairobians to use it for free in health and fitness. Many middle/upper class Nairobians walk, jog, play and picnic in this beautiful place. 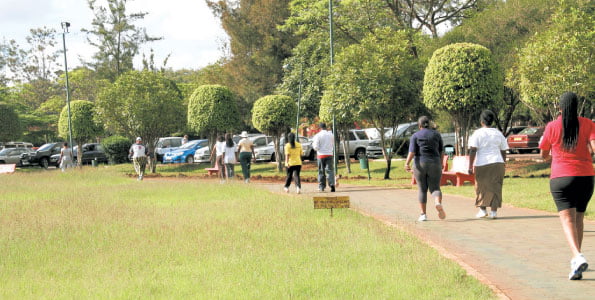 CAPTION: Jeffrey’s in Nairobi, owned by a sect of the Muslim community. If this prime land was owned by Anglican Church, it would have already been converted into a lodging.

Behind Valley Arcade, another Somali family has set up from their land, a pitch and recreation center for health and fitness. Unlike Kikuyu’s who’ve been conditioned by their mediocre churches into believing that health and well-being will be provided by God and tithing, Muslims know that both Physical and Mental health, bring you closer to spirituality. 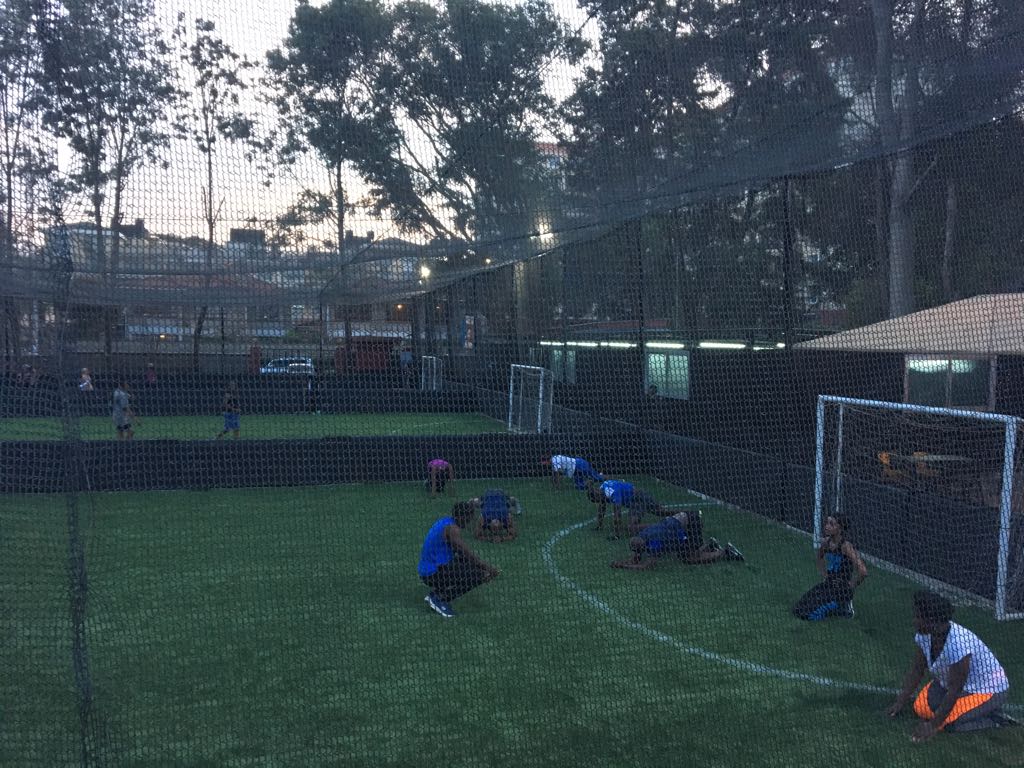 CAPTION: Arena One opened by Somali’s in Valley Arcade offer sporting activities under floodlights, and is open till 11pm at night. Not all Somali’s are the same because the ones found in Eastleigh are dirty, filthy, and just build haphazardly because they’re awash with illegal money.

Finally, we have the famous Egyptians Wadi Degla, who have invested in a Sports Club meant to attract a niche that is health conscious and physically active. They have invested in a Kshs. 2 Billion facility along Kiambu Road, with an all-round health and fitness theme. 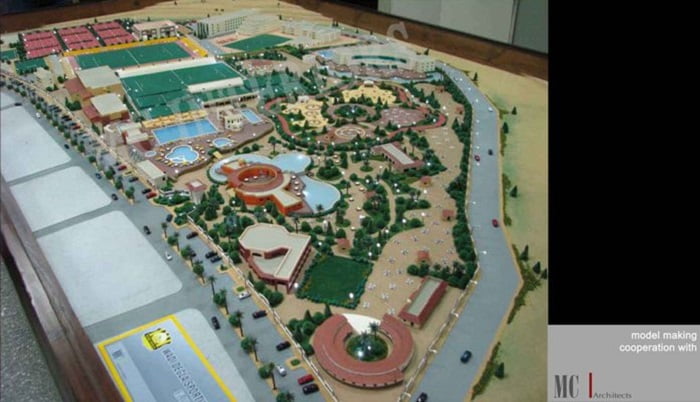 CAPTION: Wadi Degla’s plans for an all round sporting complex.

These are not mainstream Christian communities, who have chosen to invest in the health and well-being of the community, unlike our churches which are converting land meant for playgrounds, into commercial/residential facilities.

To the ordinary dumb Kikuyu, you’re hereby advised to reduce your dependence on these fake Catholic, ACK and PCEA pastors who are no longer preaching spirituality, but money. There’s no difference between them, and the fraudsters like the Kyunas, Margaret Wanjiru and the likes.