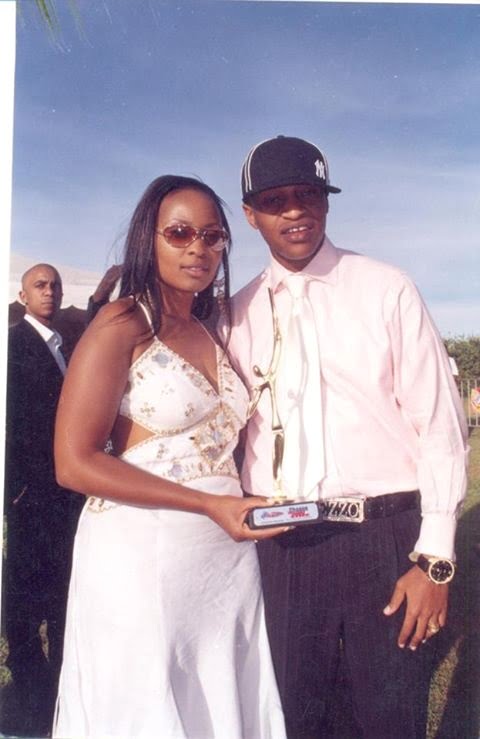 CAPTION: From bottom-of-the-barrel rapper Prezzo to Armenian mercenaries Artur brothers, Sheila Mwanyigha’s pussy has seen it all. Pounding on epic levels. She now posts motivational quotes trying to make herself feel good about her mistakes.

Spin didn’t start with politicians. Lies packaged as facts didn’t start with Dennis Itumbi and Cambridge Analytica. Feminist propaganda has been embedded in our education system and mainstream media since time immemorial.

There was a stripper myth which Chris Rock debunked. The one where strippers kept claiming that “I’m stripping to pay my tuition” . It was something strippers coined to make themselves feel good. And to get sympathy bonus money from clients.

Equally, the lie that empowering women is empowering the community has been debunked by empirical facts as they’re unfolding now. As recently as Obama’s trip to Kenya, he made reference of the same quote in his speech at Kasarani. But it is all a lie. Why?

Well now that women have all the “power” what have they done? Has the economic balance shifted? Is Kenya a critical player in global politics and economics? Is Kenya a “force to reckon with” ? Far from it. Kenya has sunk deeper into the woods and our empowering of women has not changed anything.

The narrative that men’s money only goes to bars and financing second wives was coined by sympathy-soliciting wives, who claimed that they were being abused, children neglected as men had fun in bars, chasing skirts and marrying second wives. Fair enough. Atleast the money was rotating in the economy if all men did was spending their money on second families.

What’s the case today now that women are “empowered” ? Well the truth is that nobody can tell you where women take their money. The same empowered women still demand for a man of means to take care of them, in their greedy scheme of financial progression.

What we know is that women drive the consumerism culture. The “empowered” ones in corporate Nairobi almost entirely spend their money on imported products or foreign-owned entities. For instance, women love flashy life and will take their money to buy products or services which will aid foreign investors. So they’ll buy imported clothes, perfumes, shoes, cosmetics, weaves, all of which constitute probably over 50% of women’s monthly earnings.

Then another interesting story was women complaining of being scammed by Nigerians. Yes, the very “smart and liberated” Kenyan woman is easily scammed by West African men, due to the size of their dicks, plus ofcourse the ability to tell lies. For all who don’t know, Nigerians are the biggest conmen in the world, and every country they go to, they leave a trail of destruction.

The women who run corporate Nairobi have shunned supporting and sponsoring projects aimed at boosting the boy-child and by extension the society. That’s why Patricia Ithau authorised Kshs. 2 Billion spending for Tusker Project Fame. That’s why sponsors flock Koroga Festival conceptualised by feminist Somoina Kimojino. Useless projects which have no long-term legacy impact.

So here is the truth. Women scam men for drinks and meals under the guise of “dates” and save their money thus pretending to look frugal. And their “savings” accrued as proceeds of scamming men who spend their money keeping the economy afloat, goes to finance foreign goods or services.

So let’s debunk Obama’s statement. Because that was his que to American donors like USAID to fund women’s projects. Let’s deeply analyse this myth. Has an empowered Kenyan woman boosted the prospects of our economy? Ofcourse not.

Infact their enlightened awareness and sexual freedom has seen them give or withold sex to only when she is gaining monetary benefits from men. When we tell women like Sheila Mwanyigha, Ciku Muiruri, Debra Sanaipei, Kui Kamau that they’re dishonest prostitutes who have perfected the art of male exploitation, they shouldn’t feel offended. Infact they should own the title.

The fact that they consciously refuse to settle down, refuse to show us the males who they exploit (or fuck) on their social media pages under the pretext of “keeping their options open” means that they want to extend this winning streak and connive their way into exploiting men, while still crying victim at the delusional marginalisation of women.

These so-called “empowered” women are shunning families, not bearing children and it was all the mzungu construct of suppressing our population whilst elevating feminists and gays. Germany is currently using Immigration as a solution to their declining population rates, because they need more workers and taxpayers to fund their expensive social system.

How will the Kenyan gene-pool remain afloat if all these women don’t give birth?

Politicians, corporates and donors need to stop shoving the women-empowerment narrative down our throats. We can see the disastrous effects of this social-experiment playing right infront of our eyes. Musicians like Sauti Sol who are always praising women in a cheap attempt to acquire a solid bloc of fans, only exhibit their inability to be dynamic in a changing market. Jay-Z doesn’t need to pander to feminists, because he has real talent. Sauti Sol need to praise women in their songs, because they’re talentless. 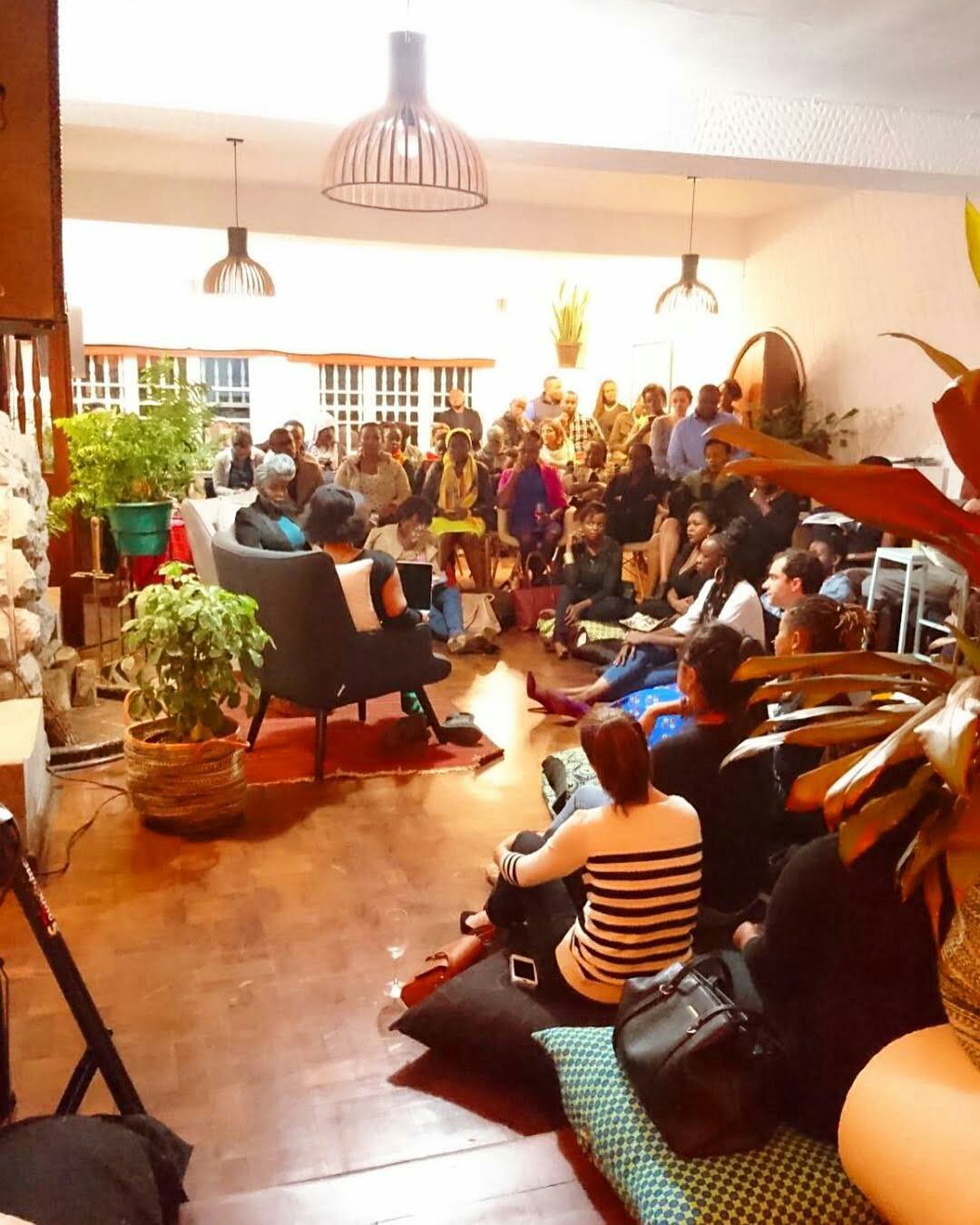 CAPTION: Women have formed groups like this, to discuss their “empowerment” aided by donors and enabled by a few feminised men. This one is arranged by Kaz, the washed-up Musician.

Nation Media Group editors who give unlimited airtime and space for toxic feminists like Dr. Njoki Ngumi and Schaeffer Okore to regurgitate their ideology, do so because they’re talentless. And they hope that pandering to the feminine imperative will somehow compensate for their skills-deficit and create a false sense of job security. Why can’t the same media group reach out to men who want to challenge feminists directly? They’re there, only that their or our views are suppressed.

Why are women posting more and more motivational quotes and bible verses on their social media, projecting an image of vulnerability or weakness, yet they’ve been empowered all their lives? Why are they soliciting cheap sympathy? After they got all they aspired for, why are they still upset and angry?

Honestly, can Sheila Mwanyigha play victim, yet this is someone who was once fucked in the diab by scum of the earth Prezzo? Wasn’t she older than him then? Wasn’t it a conscious decision of hers, to make the mistakes which she is lamenting about on social media, under the guise of “advising” others to guard their hearts? Why are we allowing her to mislead our sisters yet she is a product of her own poor choices? Sheila Mwanyigha should come clean and tell women not to make poor choices like hers. She could have settled with many decent men when she had the chance, but consciously decided to remain in the dating game, getting fucked by whoever flashed money.

Please retired media prostitutes of Nairobi, stop soliciting cheap sympathy on your social media. We are tired of those fake motivational quotes or bible verses you post. There are more pressing issues to discuss.

To be “liked” in Nairobi, one has to either degrade yourself as a man by embarking on this bootleg careers like comedy. That’s why the late George Pozza was “loved”. Because he degraded and demeaned himself by being the Mr. Funny Guy. We as the male thinkers shaping national discourse, refuse to go down that route. As women like Adelle Onyango are having TEDx Talks about issues affecting them, men have been reduced to dispensing third-rate comedy at Churchill Show. 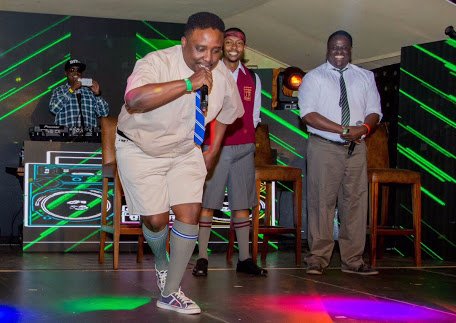 CAPTION: As women discuss serious issues, men have been reduced to such demeaning roles of entertaining rabid feminists like Somoina Kimojino. Here the late George Pozza pictured at a Capital FM event.

There is a male spring. We are ready to challenge those toxic feminists directly. Let them not resort to blocking on social-media when their power and authority is challenged. Blocking Nyakundi doesn’t mean you won’t hear his message from other platforms and third-parties. We are ready to face you feminists! You can run, but you can’t hide!