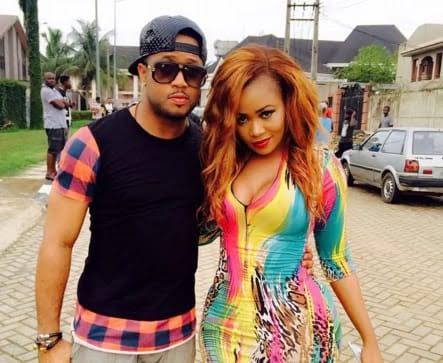 An informal study by analysts based on questions to frequent flyers and aviation professionals plying the West African routes fingers Kenyan women for making trips to West Africa, more than women from any other part of Africa. Countries mentioned are Ghana and Nigeria which like Kenya are anglophone, with a smaller insignificant percentage moving further into the francophone countries.

Nigeria could be regarded as ground-zero for Kenyan women scum, who throng the West African nation on fully-paid junkets from men they either meet in Nairobi night-clubs or through social media platforms like Facebook and Instagram.

The matter further cements our earlier series on moral-malaise, trying to connect the dots on when and where we lost direction as a country. By joining together bits and pieces, we have discovered that dominant feminists who control the airwaves have largely played a retrogressive role in cementing the whore-culture in Kenya, under the guise of liberation and a feminist-awakening.

Ethiopia which has an even more successful airline and plies more West African routes than Kenya Airways, has fewer cases of whores flying to West Africa than Kenya, indicating a cultural-disconnect in the messaging women are absorbing in both countries.

How shall we then join the league of developing countries when our women constantly denigrate the brand and image of Kenya, by openly liaising with foreigners with the sole purpose of financial gain? Do these harlots even understand the long-term impact of these random expeditions to unknown lands?

A brief study of Nigerian men will reveal that they thrive in countries where women are empowered. To execute their fraudulent activities, like bank-hacking, credit-card draining, wash-wash, etc, Nigerians need access to information and thus prefer liaising with women who occupy positions of influence in sensitive institutions like banks, hospitals, Government offices and the media.

To rope them into their zone, Nigerian men are said to lace condoms with narcotics like Cocaine or Heroine meaning that once the drug is absorbed in the bloodstream, coupled with the usual sexual-sensation, the orgasm that is precipitated by the woman is one of volcanic levels, making women become slaves of these Nigerian cons operating in Nairobi. They unknowingly became drug addicts and the Nigerian men they seek are simply a cocaine-high, which is said to be highly addictive.

On the other front, Nigerian men use prominent socialites or extra-beautiful women to lure senior figures in society largely drawn from the media or political establishment, film them engaging in sexual intercourse, and then blackmailing them for huge sums of money. Comedian and Classic 105.2FM host Daniel “Churchill” Ndambuki is a victim of those fraudsters and is rumored to have parted with over Kshs. 10million, just to buy back his “dignity.”

In all instances, gullible women have been used to undermine and perpetuate heinous crimes against their fellow countrymen by foreigners.

But if you take a look at countries that have an unfair patriarchal structure, Nigerian fraudsters have little to no chance of surviving, thus Kenya with its weak moral fabric and demented feminists preaching a warped concept of female-independence, becomes a fertile ground for Nigerians to thrive.

Our politicians too are also to blame, as they have allowed foreigners to flock this country yet we never get similar benefits as Kenyans out there. For instance, we are informed that the National Transport and Safety Authority (NTSA) strategically positioned Alcoblow extortion checkpoints in Kilimani, so as to precipitate Buffet Park’s/Tamasha closure, in favour of Kiza Lounge owned by Nigerians with links to StateHouse. Do you think Nigerians would extend the same courtesy to a Kenyan investor in Lagos? Ofcourse not. But in Kenya, as long as a few politicians are bribed, they can sell the country’s heritage and pride at the expense of locals. We’re individualists, our patriotism long undermined by greed and corruption.

Another good example is the South Sudanese who have made Kenya their hub for investment and trade. Despite us hosting their dysfunctional rebel-led Government for over twenty years, they make it mandatory for Kenyans to acquire visa’s to travel to South Sudan. How many Kenyans have been killed in South Sudan due to xenophobic attacks? How many Kenyans are rotting in jails in South Sudan? But nobody will raise that issue because there are a few beneficiaries of South Sudan money beginning with banks, and a few crooked politicians. As long as Amina Abdallah got her fat cut, she will not even bother following up on the jailed South Sudan Five.

Another country is Ethiopia. Look at the number of Ethiopians in Nairobi, and those in refugee camps and clearly we are one hospitable nation. Does any of you know of a Kenyan working in their country other than ofcourse diplomats? Chances are that you know none, because Ethiopians are inherent xenophobes.

Tanzania is another case-study. Kenyans love Tanzanians. We pack concerts and shows by Diamond or Ali Kiba in droves. The highly-rated President JP Magufuli has started cracking down on Kenyans and they are now being denied work-permits, a view that is largely supported by conservatives in their country who propagate narratives that Kenyans are thieves.

Recently an exposè by a Bulgarian Website indicated that mafia’s with links to the Eastern-Europe underworld have set up base in Nairobi and even invested heavily in a betting firm Sport Pesa. But with the amount of money in circulation, bribing prominent journalists and editors to hype the firm, nobody seems to care and we are left on our own.

Many other cases of house-helps being tortured in the middle-east, or xenophobic attacks in South Africa. If the same will continue unabated, why then should we allow their nationals thrive in Kenya? Is our kindness being perceived as weakness?

It’s time for us as Kenyans re-evaluate our interactions with specific sets of foreigners. Time to speak to those harlots who are flying to West Africa to sell our country’s dignity. While we agree that they are mature individuals who are capable of making choices that are in their own best/selfish interests, our country’s brand is slowly diminishing as fast as our respect and standing amongst peers. We also have to extend similar courtesy to foreigners in Kenya as they do to our countrymen in their nations.