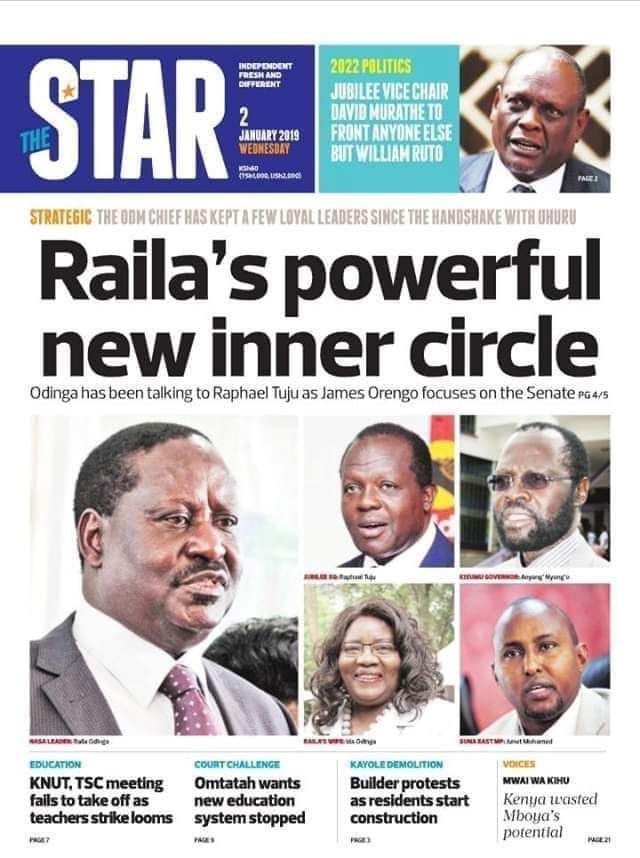 Raila Odinga Practices Nepotism of the highest level. Now his powerful inner circle consists of his wife. Just the other he appointed his daughter his official Personal Assistant at the AU.

During his days as Prime Minister (which Dr William Ruto gave him) he had appointed his sister and brothers to the powerful ambassadorial positions.

Nevertheless this are the same people you’ll never seen participating in Demos and Riots. NO! Its the paupers of Kibra who do come to be killed.

I wonder when was the last time I spotted Margaret Kenyatta or Rachel Ruto in their husband inner circle. I say Dynasties and Nepotism will die in 2022.