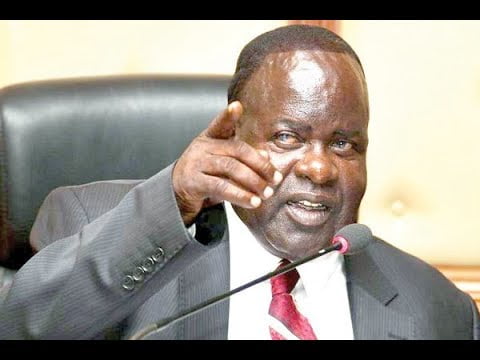 Since the inception of devolution, there is no success story to celebrate about  Homa Bay County- in all  devolved units ranging from health, agriculture and food security, provision of clean water, roads and infrastructure, tourism, sports and culture, Education, ICT and vocational training, forest and environment, Trade and Industry.

The Audited financial report on Homabay county has unravelled an outright theft within the county of Homabay.

Disclaimer of opinion is the true finding on misappropriation of funds at the county of Homabay.

Several differences were noted between the budget execution report extracted from the Integrated Financial Management Information System(IFMIS) and the summary statement of comparison of budget and the actual amount present in financial statements. Over kshs. 935,259,340 on the recurrent budget cannot be explained how it was used.

The auditor’s report noted- figures were not supported by IFMIS which is the principal reporting system of County Executive. No plausible explanations have been provided by management for the discrepancies.

The inaccuracy of Health Appropriations -in -Aids

Homabay county indicated that it collected kshs. 45,588,734 from public health operations. Auditors analysis on revenues collected per health facility revealed that kshs. 68,575, 668 were collected by health facilities during the year under review. Therefore, kshs.22,986,934 can’t be explained its whereabouts.

It’s shocking to note that funds were transferred from County’s central Bank accounts to twelve(12) department bank accounts maintained in commercial banks from which expenditure totalling kshs. 651,144,089 were paid out through cheques. contrary to Section 51 of the Public Financial Management Act( County Government Regulations 2015) which requires that no public office shall spend or commit funds until he or she has been properly authorized by the Authority to Insur expenditure(AIE).

All rules of AIE were ignored. The payment of cheques contravened Government policy which requires all payment to be made online through the internet banking platform.

Why did chief officer ignore Facilities Improvement Expenditure in the financial statements?

The findings by the auditor general indicates that Homabay county department of Transport and Infrastructure transferred kshs. 43,000,000 vote for construction of roads to Homabay county Assembly contrary to the provision of Section 154(1)of the public financial management Act, 2012 which prohibits unapproved transfers to budgeted funds from one county government entity to another. There is no doubt that the management breached the law.

a).M/s Chrisot Agencies(Contractor) was paid kshs.3,901,903 made under voucher NO. 10003602 for heavy grading, gravelling patching and ditch cleaning of Murram-Disii road. physical verification revealed that the works were not done by the auditor general.

The report reveals that Public may not obtain a value for the money invested in the project has the project stalled.

Contractor- M/S Nyobu Enterprises was awarded the tender for renovation of County referral Hospital at a cost of kshs. 1111 million in 2014/2015, according to project implementation status report, the amount certified and paid to the contractor is kshs. 17,886,444 of which Kshs. 5 million was paid during year or review. The contractor had only completed the car park.

On June 20th 2016, Majano Enterprises Limited was awarded tender for construction of perimeter wall fencing and related works for the County Stadium in Homabay at a cost of Kshs. 28,228,308. The firm was paid a sum of Kshs. 5,856, 744. no receipts for verifications. A visit to the stadium on 4th Jan. 2018 revealed that the contractor erected columns(pillars) covering half of stadium perimeter only but had thereafter abandoned the site.

m/s Log Associates, on 5th March 2015, entered a contract with  County Government of Homabay. A sum of kshs.5,000,000 was paid for the delivery of equipment that were never delivered. Physical verification of the project on 9th Jan. 2018  revealed that the purported cotton processing plant did not exist and no construction site was attributed to the plant.

The County of Homa Bay is not known to be keeping its inventory register which includes all the assets belonging to the county i.e. parcels of land, buildings and vehicles (both newly purchased and several others inherited from the defunct County Councils). The Mercedes Benz which was donated to the governor by the Transitional Authority has vanished and cannot even be traced using its registration number. Some new vehicles were written off and sold to some County senior staff at a throwaway price. It is not easy to know what the county owns and what the county is owed.