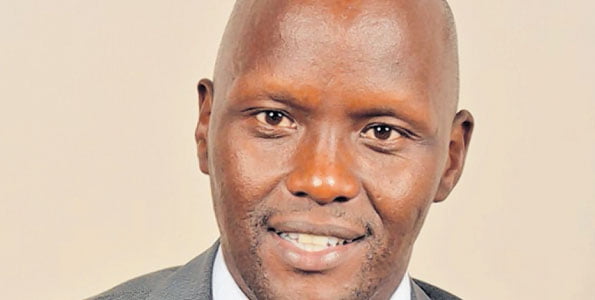 Caption: Kenya Pipeline Company boss Joe Sang who should be in Jail for abuse of office, corruption and culture of impunity.

Many moons ago, we highlighted the endemic corruption in the JAP CashCow Kenya Pipeline Company (KPC) where money is stolen in broad-daylight and without any Investigative agency taking action due to bribes paid out to DCI and EACC officials.

It’s high time Kenyans give Cyprian Nyakundi a good score card. He highlighted this issue on his site over two months ago and now is when mainstream media has picked it up with The Star recently covering the directive from the National Environmental Management Agency (NEMA). 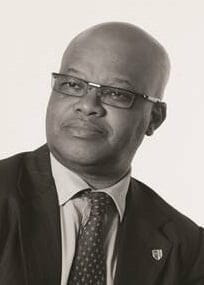 Joe sang and John Ngumi of Kenya Pipeline Company have been bribing corrupt journalists so that they cannot exposed so that the duo can continue to loot kenya pipeline.

This company awarded the above tender EnvironServe did not have capacity to undertake the contract.

The company did not have NEMA license to operate yet Sang was so busy and interested in awarding the tender due to personal interest.

KPC did not have budget allocations. Initial allocation was Kshs. 40 million but due to greed by the psychopaths at Kenya Pipeline, the contract was escalated and inflated to Kshs. 300 million for looters to get kick backs, just like what happened to the Standard Gauge Railway (SGR) where an overpriced but sub-standard single-track rail-line, with no electricity cost Kenya a quarter of its GDP.

All staff involved in initial tender evaluation chaired by Lucy Kariuki and members Robert Kamau, Nancy Ndathi and Wilkister Omondi were all transferred from Nairobi after failing to take orders from Joe Sang and his corrupt cartels. They raised all the issues and said no. But corrupt cartels had their way.

Joe Sang should be jailed and all monies paid to that company in the dubious contract recovered from him and all the people who were involved in the tender evaluation, led by his general manager finance Samuel Odoyo and procurement manager Nicholas Gitobu. 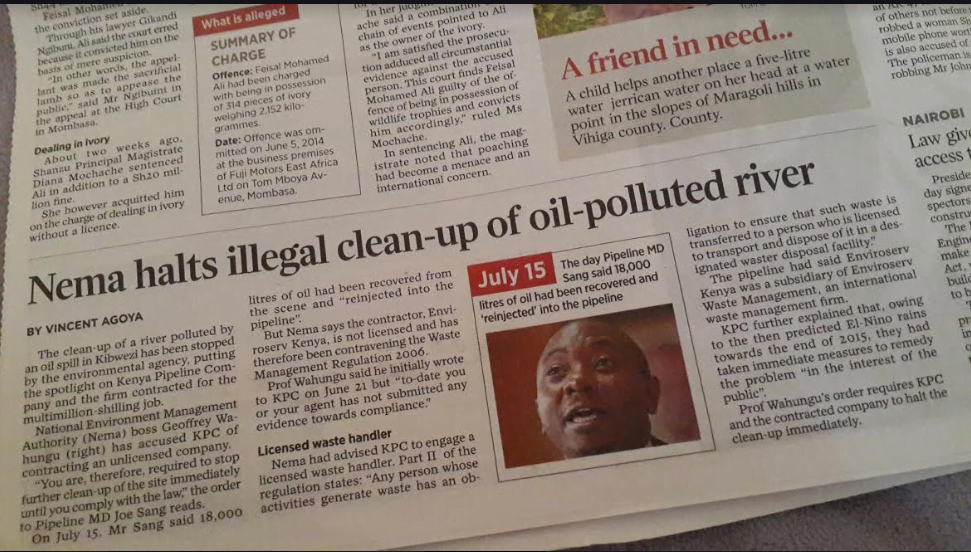 CAPTION: The newspaper article detailing NEMA’s order as regards to the fake company EnvironServe that was given a Kshs. 400 Million tender, yet it had no capacity.