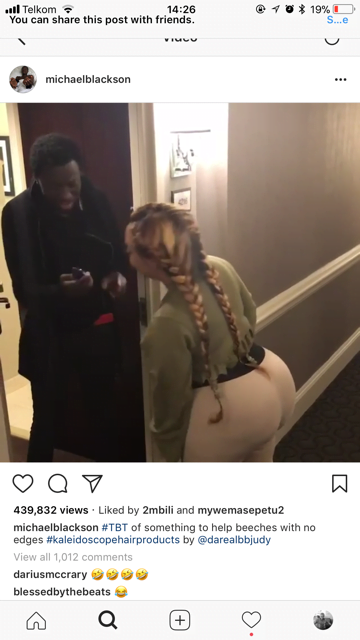 CAPTION: Two Instagram personalities collab on a skit to promote a product which the lady manufactures for growing hair.

For instance, Michael Blackson will do a skit collaboration with for instance Naphil_HD. Fatboy_SSD will collab with Pioladitingacia and do skits that will rake in millions of views. Then there @_Careyboy and @thebsimon2, plus @MrBankshot and @IamDulo, the list is endless.

Due to the implosion of social media, and the ever growing demand for content, the market wants alternative content from independent creatives. It defeats the purpose of social-media, if audiences are still massively following personalities who also work for mainstream media. Defies logic.

The structural condition of the Kenyan environment means that we all view each other as competitors, instead of complementary. People find themselves spewing hate for Nyakundi, for no particular reason. It’s not their fault really, just that they know nothing better.

I’d like to see a collaborative effort by video bloggers like Andrew Kibe and Joy Kendi for instance. They don’t have to like each other for all its worth, just capitalising on audiences. These are both unique content creators, each with their own style, but largely the same audience. There is a growing audience that is totally fed up with the crap being shoved down our throats by mainstream media like Willy Paul, Jimmy Gait, Bahati, and the likes.

I’d like to the the sex-teacher Matheka doing a collab short feature in a critique session with a prominent tweep like Mercy Murugi. The cross-pollination of ideas, content, energy and audiences would be a good idea. And if you’re out of ideas and concepts, holla at me! I’m a fountain of them.

There’s people I’d not want to watch at all. People like Janet Mbugua, who’ve developed a predatory approach to their social media accounts. It’s all about them and the money they’re making from it. They’ve neglected their social duty to build others and thus lack the realness which social media was meant to nurture.

Social media cannot be an extension of mainstream media. For instance I have a video on my page which has garnered 1 million views. This clip was not shot professionally but off a cellphone. Meaning that the standards of mainstream media should not necessarily drive the social media agenda.

Audiences too have to start supporting independent bloggers. Because of this concerted effort by mainstream media journalists and advertising agencies/middlemen to discredit our following (which is obvious for everyone to see), advertising revenue from corporate sector is virtually non-existent. 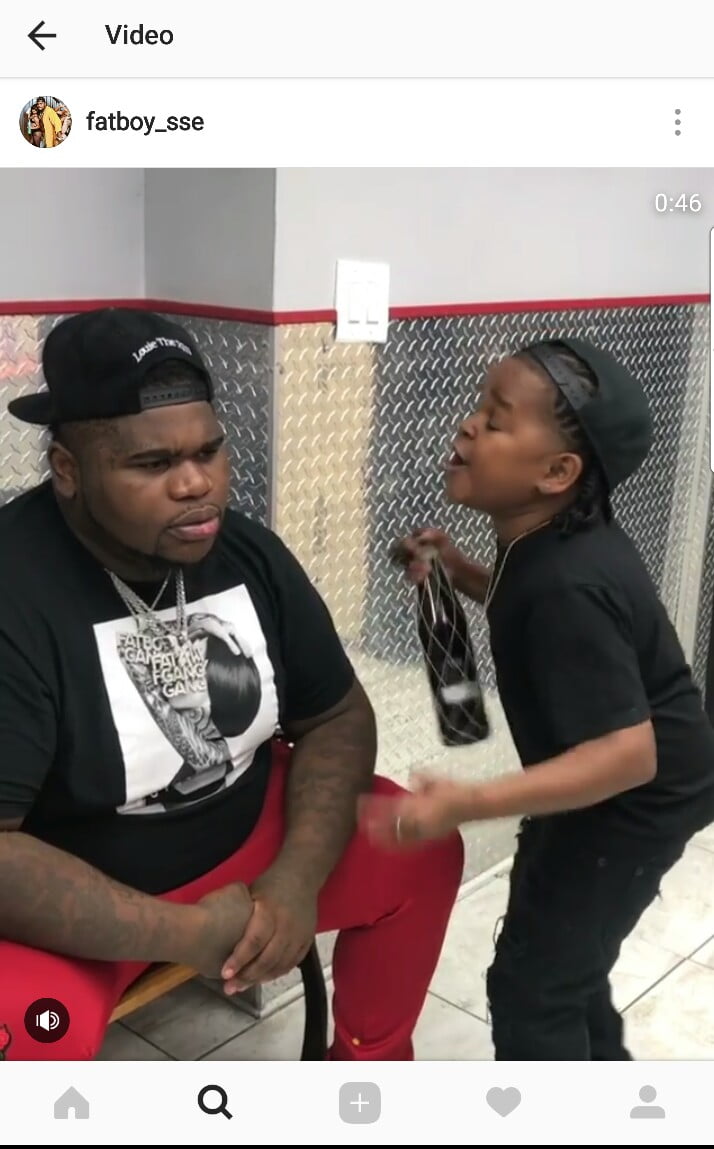 CAPTION: Collab between Fatboy SSE and Pioladitingacia which are as funny as hell.

In their minds, idiots like Rammzy, Shamit Patel, MediaMK, Caroline Mutoko, imagine that talking shit and attaching tags like “controversial” bloggers, will diminish any possibility of revenue generation for us, and drive the money their way. On my part, I’m pretty sure that since I started targetting Mutoko, her profile and stature is slowly diminishing and people are getting boldened to confront her directly. I know that since I started analyzing Njoki Chege, her ratings have fallen.

I’d like to urge my faithful following to troll @RamzZY_ @MediaMK @CarolineMutoko @Just_Sham_It for being useless shit-heads, whose work is to talk shit about Nyakundi morning till evening to their corporate friends. This lot is so jealous of my following, and in their minds, think that it’s only they who should be courting this sort of attention and not me. Even Frankie Faggoh of ScanGroup had the nerve to claim that I’m not woke, because only he reserves the right to criticise. Anyone else is an impostor.

Why for instance was Caroline Mutoko being given the work of advertising features of a Samsung telephone, yet there are more influential and knowledgeable techies? Well, it’s the chokehold women and homosexuals have in corporate Kenya. Logic and deductive reasoning is not their primary tool for problem-solving. Emotions, short-sightedness take priority.

On my part, when I do see good videos on WhatsApp, I normally share on my Facebook to support my brothers. I shared one by that mzungu making ugali. I’ve also shared Andrew Kibe. And it gives me immense joy to support others.

Our friends in corporate Nairobi don’t sleep, conniving ways to lock their cartels. One would expect visionary people to think of opening so that we as Kenyans can expand and conquer regional markets. But alas! Idiots like Frankie Faggoh and Ramzzy would rather talk shit about Nyakundi. Such a retarded lot!

One would think that they’ve executed regional, continental or even global projects going by the way they yap on social media. Yet they’re just here in Kenya, blocking the shine for others and feeling a great sense of satisfaction. Grow up you agency-fuckers!

Jealousy will be the end of you!

I pulled up a 2015 article authored by Githeri Media Standard Group. In it, they were just talking shit about me, yet my social media numbers still going up. It reflects what Caroline Mutoko, mainstream media and advertising agencies do all day.

Grow the fuck up Githeri Media and Advertising Agencies like ScanGroup. Look for something better to do with your days than soiling the names of bloggers.