In a letter written to the Tanzanian High Comission, Chacha goes on to list reasons why he felt his arrest inside the East African nation was inappropriate.

It is believed that Wazir Chacha is petitioning the Tanzanian government through the help of his alleged “girlfriend” Josephine Chagulla, a Tanzanian member of parliament.

It is also believed that despite a court order restraining Mr Chacha from crossing past the Kenyan borders, he is currently enjoying his New Year’s Eve holiday in the United Kingdom, together with his girlfriend Josephine. 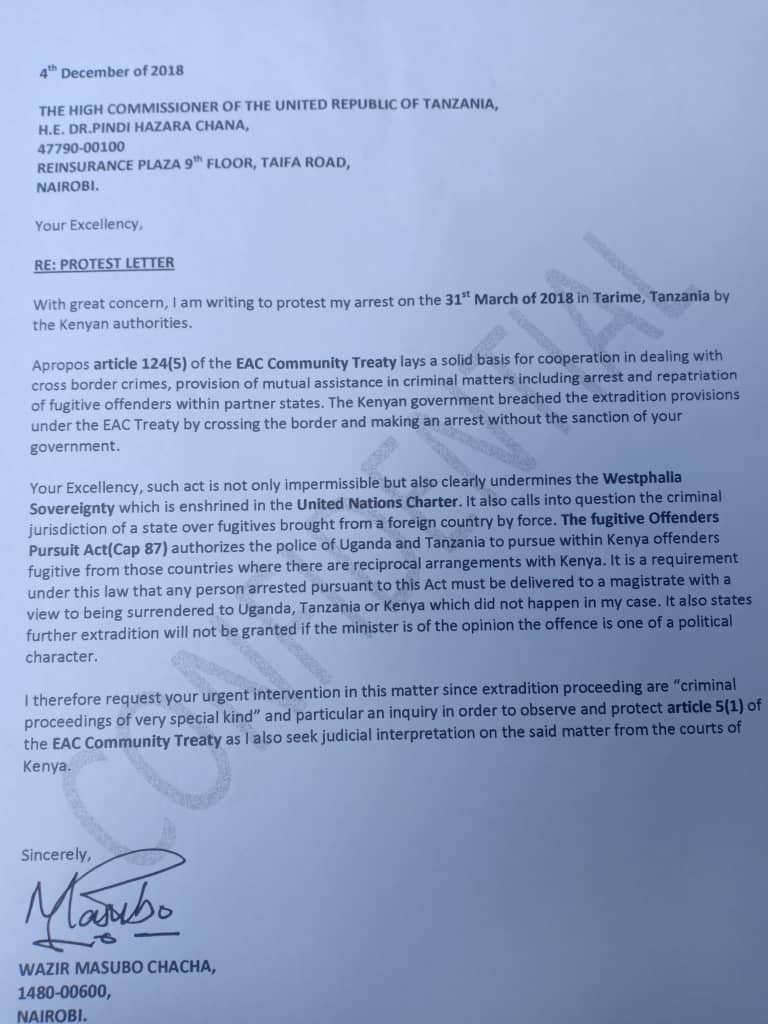