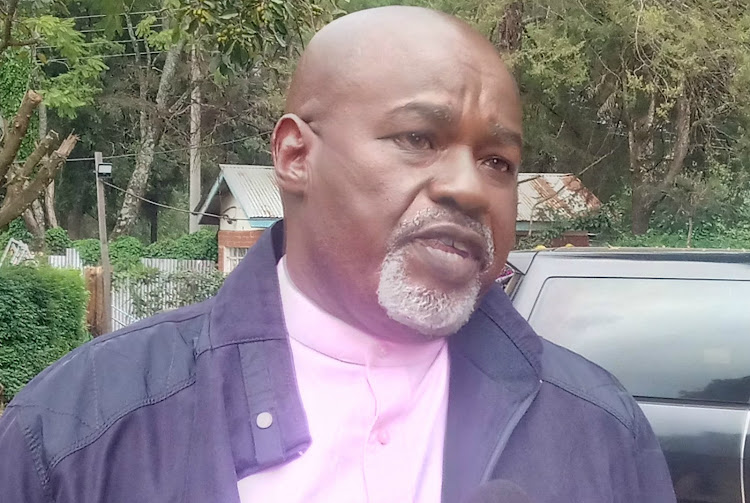 Soy MP Caleb Kositan: According to Jubilee VC David Murathe, his days in the party are numbered

Just weeks after Jubilee Secretary General Raphael Tuju announced the expulsion of six of its members, including nominated Senator Isaac Mwaura and Millicent Omanga, it looks like their pro-Tanga Tanga counterpart Soy MP Caleb Kositany could very soon be next on the list to be shown the door from Uhuru’s house.

This is as per the party’s Vice Chairman David Murathe who during a LIVE  political panel on KTN News boldly made it clear to Kositany his goose had been cooked and that he will be kicked out of the party by end of business this coming Monday.

“The political parties act says that if you promote the interests of another party, you are deemed to have left the party. There will be a national management committee meeting on Monday. I am putting Caleb on notice: we are going to kick him out of Jubilee. You are out on Monday,” thundered Murathe.

In response to his party boss, a seemingly unfazed Kositany maintained that he would not entertain threats from Murathe and further reminded him that in the last Kibra by-election, he led other Jubilee members in campaigning for an ODM candidate, Imran Okoth, which also qualifies him as guilty of promoting the interests of a foreign political outfit.

David Murathe: I am putting Caleb on notice and come Monday we are going to kick him out of Jubilee. @SophiaWanuna #Crossfire pic.twitter.com/bEn5cxDJnA

Also present during the heated debate was ex-Chief Whip Irungu Kang’ata whose brief occupancy of the position was also recently cut short after he crossed paths with his party’s leadership after he penned a letter to the President discrediting the Bulling Bridges Initiative’s (BBI) popularity in Central.

The letter was interpreted as disrespect to the party leader.

Kositany has been among a legion of Ruto-allied politicians who have been touring different parts of the country and popularizing several UDA candidates in various by-elections.

In one recent incident Nakuru firebrand Senator Susan Kihika, scores of MPs and a horde of supporters were on Saturday teargassed by the police and prevented from holding a political rally in drumming support for UDA Candidate in upcoming by-elections in London Ward.

Kositany is also among some rumoured eight aspirants who have declared interest in succeeding Uasin Gishu Governor Jackson Mandago on the ticket of the UDA Party which is strongly linked to Deputy President William Ruto.

Mandago, of the Jubilee Party, will be completing his second term in the county that is home to DP William Ruto whose hustler movement party UDA is likely to dominate Rift politics.