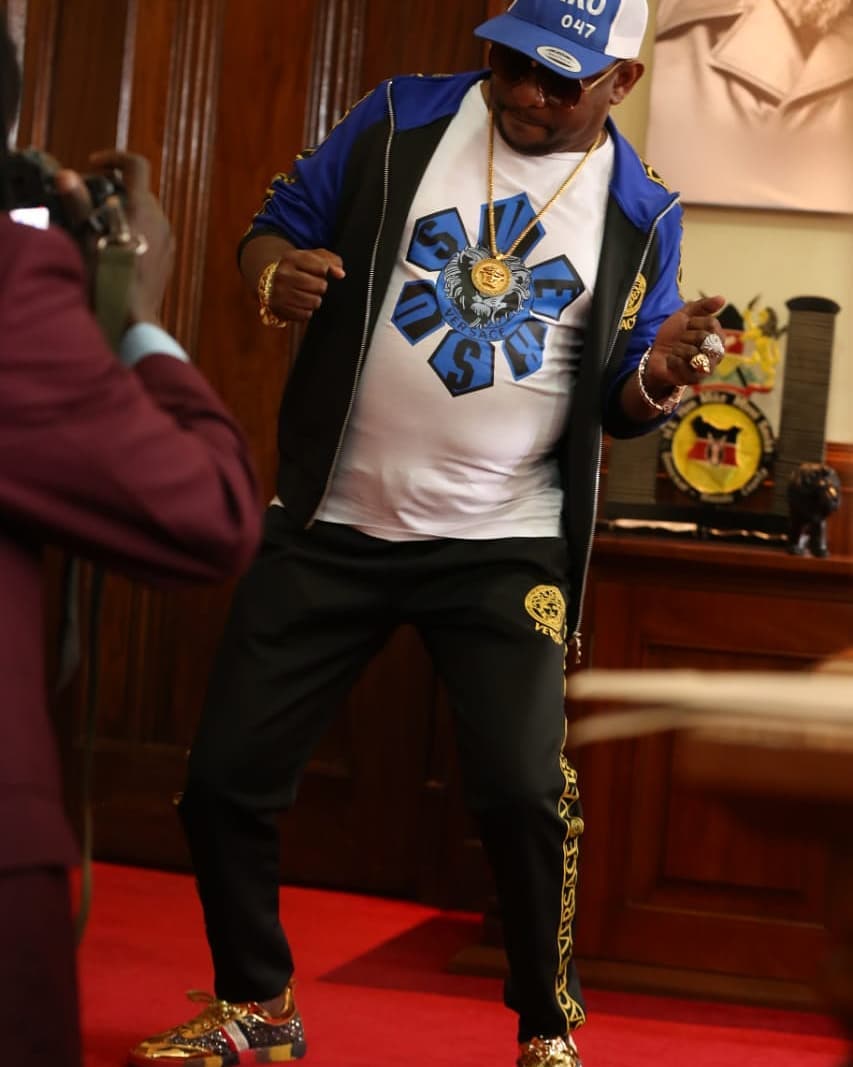 CAPTION: A FILE photo of Nairobi Governor Mike Sonko dancing in his office

Nairobi Governor Mike Sonko was on Thursday impeached in a controversial manner as 88 out of 122 Nairobi Members of County Assembly voted to kick him out of power over what they termed as abuse of office, gross misconduct and lack of capability to run county affairs.

This was despite him having flown out about 57 MCAs to the coast in an unsuccessful attempt to counter the impeachment motion by Speaker Benson Mutura.

His strategy was to ensure more than a third of the ward representatives were out of Nairobi at the time of the motion, which would have effectively denied the impeachment the two-thirds majority needed for it to pass.

The plan, however, fell apart after Speaker Mutura called for voting to be conducted through a video link so that all MCAs could participate.

Shortly after, MCAs allied to the governor rushed to the Kwale Police Station to report that their accounts on the video link platform had been hacked and that they had been impersonated by rogue Assembly officials.

Contrary claims, however, suggest that some of the MCAs part of the trip to the Coast might have voted virtually and in favour of his ouster by proxy arrangement.

Thread of Sonko’s most memorable moments…

As Sonko now nurses the pains of treacherous UhuRuto politics and joins the list of impeached county heads, Kenyans on social media took it upon themselves to honour Sonko’s prematurely ended tenure with some of his most memorable clips.

The Twitter thread was started by popular content creator Brian Mutinda who posted an old video of a seemingly tipsy Sonko chewing on khat LIVE on Facebook which went viral back in 2019.

In the rather unsettling 1 minute and 44 seconds, the governor could be heard asking some his social media followers to share their details so he could wire to them some cash.

Netizens soon flooded the replies section with their own favourite clips, and up next was an excerpt from his controversial interview on popular talk show JKL last year where Mike Sonko sensationally claimed that he used to smoke bhang with his Kiambu counterpart Ferdinand Waitituback when they were Members of Parliament.

He was hiding bhang in the socks.. he rolls so many… I’m a witness… I’m not smoking anymore him he’s still smoking as the governor of Kiambu,” he boldly declares in the interview.

Then came the famous video of the governor singing along to Eunice Njeri’s “Nani Kama Wewe” in tears after a court dismissed a petition challenging Sonko’s win in the August 8, 2017, elections.

Another one was a clip from when the governor decided to feature in an up and coming musician’s music video in 2019, with the hit song from back then “Party After Party” by Ugandan artist BigTrill edited into the background.

Next up was one from just over a month ago when the city boss closed an entire road to celebrate Mashujaa Day in October this year.

The celebration that took place in front of its headquarters at City Hall featured only its staff, Askaris County mounting a guard of honour and a few curious onlookers.

Other clips under the thread included the unforgettable moment when the governor squirmed in pain as detectives handcuffed him at Ikanga Airstrip in Voi during his dramatic arrest in 2018, his infamous COVID-19 relief packages earlier this year which included popular alcoholic drink, Hennessy, among others.

What next for Sonko?

Following Thursday’s events, the Speaker of the County Assembly now seven days to submit the resolution to impeach Governor Sonko to the Senate.

The Senate will then vote to either uphold the impeachment charges or dismiss it. If acquitted, Sonko will resume his duties as Nairobi Governor, but if the decision is upheld, the governor will be deemed to have lost his seat.

Upon losing his seat, the Speaker of Nairobi County Assembly will take over Nairobi leadership for 60 days within which the IEBC has to organize and hold by-elections for the replacement.