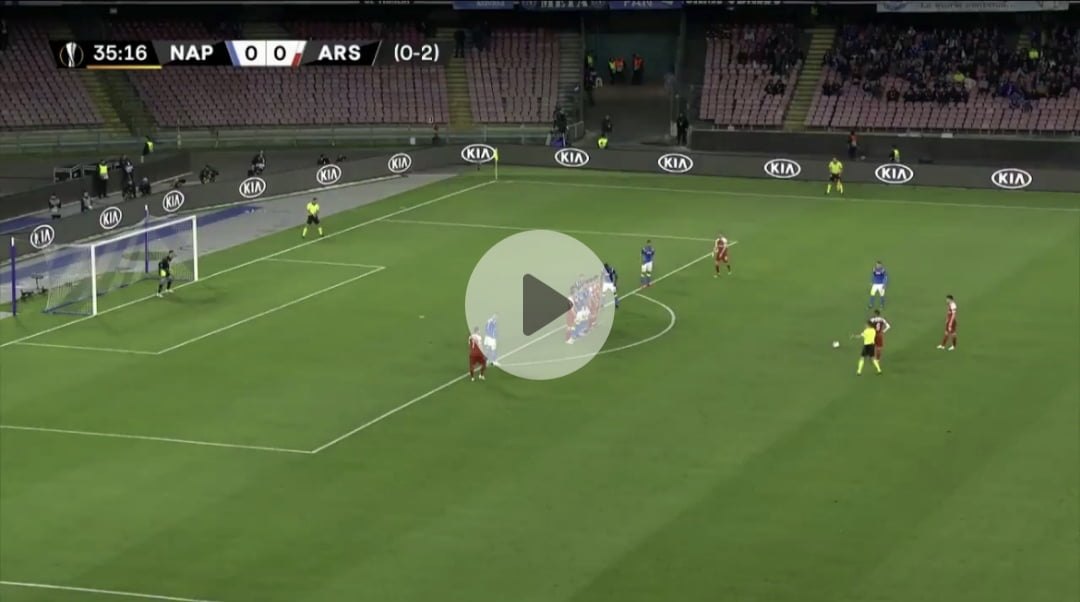 On Thursday, Arsenal faced a tough test at Napoli, but the Italian club could only put two of its 19 shots on frame, shooting itself in the foot as the Gunners cemented their victory with this outrageous free kick from Alexandre Lacazette.

Chelsea beat Slavia Prague 4-3 in a thrilling encounter to book their place in the Europa League semi-finals despite an alarmingly complacent second-half performance at Stamford Bridge on Thursday.

Petr Sevcik scored a fine brace just after the break to make Chelsea nervous, but luckily for Maurizio Sarri, his team’s stunning four-goal first-half performance ultimately gave Slavia too much to do and the Blues progressed 5-3 on aggregate.

In Spain, Valencia set up a Europa League semi-final against Arsenal as they made light work of Villarreal by winning 2-0 on Thursday to seal a 5-1 aggregate victory.

Holding a comfortable 3-1 advantage from the first leg, Toni Lato got things started for Valencia following a bright start, volleying home from close range after superb work from the impressive Goncalo Guedes.

Valencia continued to dominate at a wet Mestalla and Dani Parejo, who had a penalty saved in the first leg, dashed Villarreal’s slim comeback hopes when his deflected free-kick found the net early in the second half.

Eintracht Frankfurt benefitted from the absence of VAR in the Europa League as they eliminated Benfica via the away goals rule following a 2-0 home win on Thursday.

Filip Kostic’s goal from an offside position was allowed to stand in the 36th minute and Sebastian Rode levelled the tie at 4-4 just over 20 minutes from the end to send the Bundesliga side through to the semi-finals.

And the fans couldn’t hold their joy.

As a result, Arsenal will face Valencia in the semifinals and Chelsea will take on Eintracht. Those matches are set for May 2 and May 9, with the final on May 29.