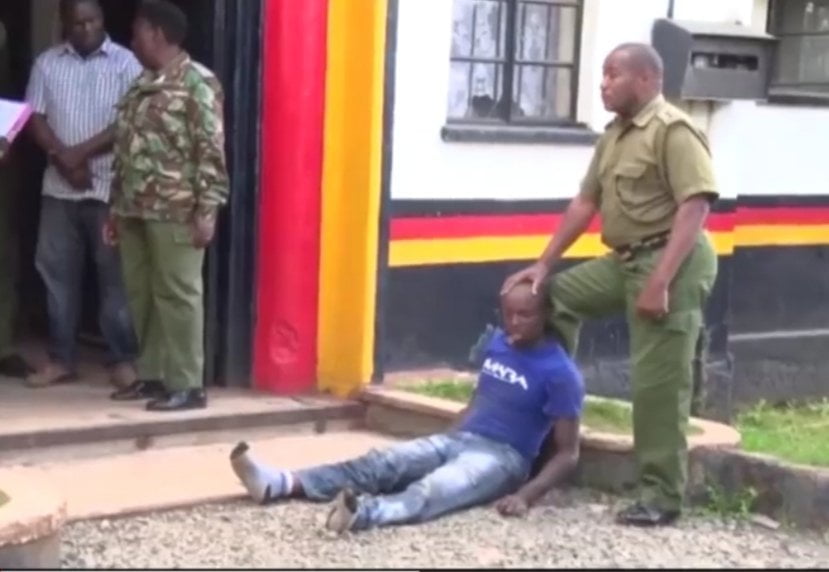 Peter Njoroge Maguna was allegedly beaten to near death by police

A journalist in Nyahururu Laikipia County found himself in a rough part of Police and criminal gangs who descended on him with kicks and blows until he became unconscious.

This is how it happened..

The journalist a Peter Njoroge Maguna had reported news of a burglary to his shop in Nyahururu town at the Nyahururu Police Station.

He had to pay the usual Ksh5000 bribe that the police at the station is said to be charging anyone who reports any incident/.

The gang that broke his shop were arrested but later released. All accounts point to them having paid bribes to be released. The case was not also taken to court as required.

When he inquired about the matter, the police told him to go report wherever he wants. 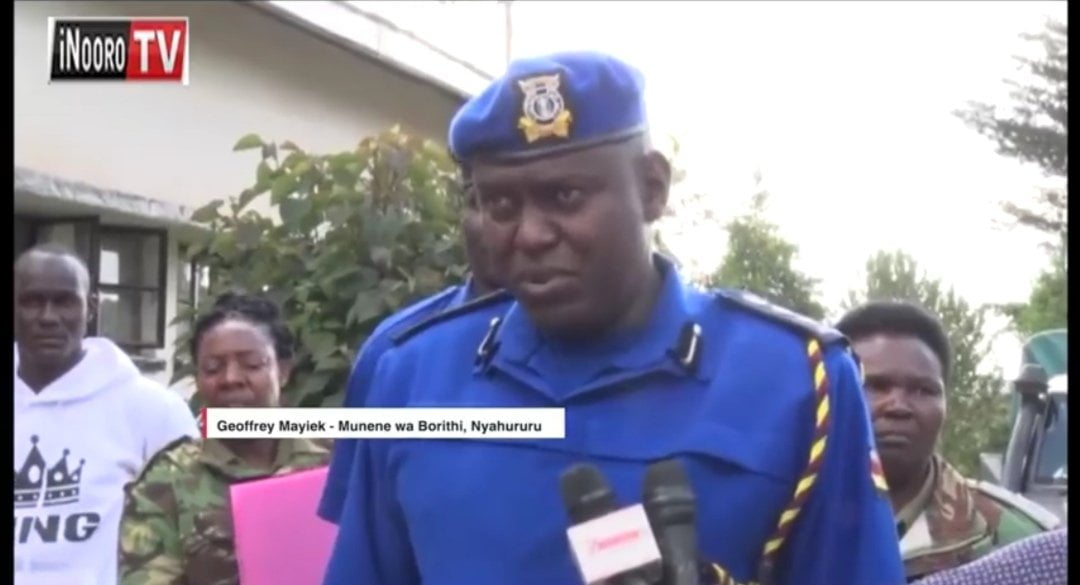 “Go ahead and broadcast make sure you broadcast to CNN, BBC, China tv, Radio Africa and all media houses in Kenya”, he said.

The journalist then highlighted the issue on Facebook, little did he know that he was now a wanted man.

The police in collusion with the gang members who had broken into his shop tracked him to neighbouring Nyandarua County.

He was ferried back to Nyahururu and beaten until he became unconscious.

“The police and the gang members arrested me, took me back to Nyahururu, where their jurisdiction is and beat me to near death, then they framed me’, the journalist said.

He says the news reports appearing on Inooro TV that day reported a completely different side of the story. Police had fabricated the issue stating that he was arrested for masquerading as a Police Officer, i.e. a deputy OCS of Muranga. 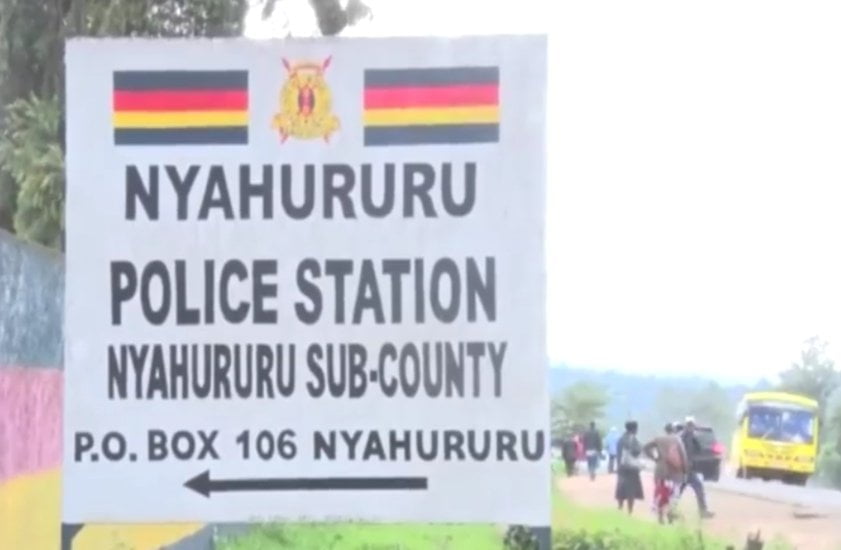 The OCS had called the media to cover the event so as ‘to teach him a lesson’ in respect.

The journalist claims that the OCPD Geoffrey Mayiek had told him that they are going to call the media so as to report the story and that ‘he shall see how they’ll teach him a lesson’.

From the Inooro TV report we’ve seen, the OCPD states that Peter had been masquerading as an OCS from Murang’a and that he had failed to pay rent and that when he was thrown out the house, he came and made a false report that his house had been broken into.

The journalist says that those are fake police reports intended on silencing him and that the police had paid reporters from Citizen and Inooro TV to tarnish his name.

“I saw the reporters getting paid so as to report false things against me’, he said.

He sais that the false allegations stem from an article he had written warning about the violence that former CEC in Nyandarua a Mr Simon Ng’ang’a alia UNIKO had planned in that county.

The police had told him that he will be charged with the same offence of impersonation, yet when he was taken to court, they charged him with the offence of ‘spreading false information against a public officer’.

The journalist, Peter Njoroge Maguna says he was framed.

A report by Freedom House titled ‘ Freedom and the media: A downward spiral’, released in 2019 states that freedom of the media has been deteriorating around the world over the past decade.

While developed countries would use some tactics to compete with the media and try to throttle their independence, in developing countries, journalists were more likely to be thrown in jail, disappeared or even killed.

Forty-nine journalists were killed across the world this year, according to Reporters Without Borders (RSF), the lowest death toll in 16 years.

About 80 journalists a year have lost their lives on average over the last 20 years, said RSF.

How the Journalist narrated verbatim

Nyahururu police station has been accused for having the most corrupt officers across the country.

Reliable sources reveal that for any complains to be dealt with one has to pay a none refundable amount of Ksh five thousand (Ksh5,000).

This is after two officers from the said station by the name Morara and Francis Mugo who were recorded ordering the earlier mentioned amount of money from a complainant whose commercial house had been broken into in Maanguo area within the outskirts of Nyahururu town.

The accused person(s) admitted that they broke into the house but got few pieces of timber, but not the number of timbers the complainant had earlier reported.

All hell broke loose after the same police officers were bribed by the accused person(s) by the name Benjamin Nderitu (a broker in Nyahururu) and Njoka (a Nyahururu mortuary attendant) who on a recorded audio bragged on how they have fed the two Nyahururu officers financially and no sooner had they bribed them than they released them on free bond under unclear circumstances.

The complaints efforts who had reported the matter in the said station under OB Number 44/30/12/2019 at 1530hrs, was left helpless after his efforts yielded no fruits.

“I don’t know what to tell you. With the kind of message, you have sent me.  I wonder which media house has uncouth and primitive ways of addressing issues. Go ahead and broadcast make sure you broadcast to CNN, BBC, China tv, Radio Africa and all media houses in Kenya”, he said.

Our concern has been drawn by these kind of messages from an OCPD as well as actions of corruption from the mentioned officers all from Nyahururu police station and which is within Laikipia county. Our concern and bone of contention, is since when were suspected criminals arrested and released on free bonds?

When will these police officers stop harvesting from where they never sowed?

When will these police officers stop these kind of harassment to common Kenyans?

We hope that this article riches inspector general of police Hillary Mutyambai and hope he is going to act accordingly.