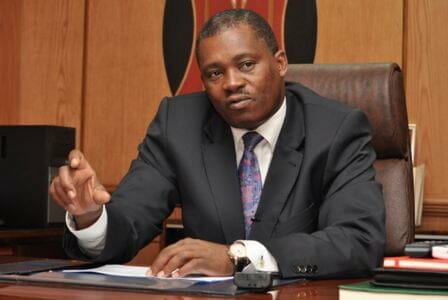 Last week’s decision by House Speaker Justin Muturi to reject an impeachment motion by Nandi Hills MP Alfred Keter against Devolution cabinet secretary Ann Waiguru has elicited mixed reactions across the political divide.
Whereas the opposition protested the move and walked out from the chamber claiming Muturi was pushing State House agenda by ensuring that Waiguru remains in office, Kenyans across the political divide say the speaker did not break any law but only used his discretion, as provided for in the standing orders, to reject the impeachment motion.
Standing orders allow the Speaker to reject a motion on various grounds, including insufficient evidence. In his first attempt, the MP could not raise the minimum requisite number of 88 MPs to sign his petition but in the second round he would argue that he had secured enough signatures totaling to 188.
Muturi reminded opposition MPs that he rejected the Keter Motion on grounds that it did not meet the threshold although every member of this house is free to file a special motion as long as it complies with the relevant provisions of the Standing Orders.
The opposition MPs must be made aware that the speaker can reject the motion if it designed to violate the House rules and the constitution and also if the allegations contained in the motion are not substantiated and hence are largely informed by hearsay and rumours. More so, the mover must convince the speaker and his legal team that he or she has enough evidential materials to support the claims.
Although Keter cited a document that the ministry’s top officials had presented to National Assembly’s Public Account Committee which showed that goods and services were acquired through inflated prices, PS Peter Mangiti later denounce the document saying it had been erroneously presented and described the information contained in the document as highly misleading and blamed unnamed official of having sneaked it into the files prepared to be submitted to MPs.
As Waiguru left the Integrity Centre after hours of grilling by the Ethics and Anti Corruption detectives, her lawyer Abdullahi Ahmednasir at a press conference said Waiguru is neither a suspect nor an accused person but a state witness.
Although she is being accused of abetting corruption through inflated costs, reports indicated she was asked to shed more light on a probe carried out by the Directorate of Criminal Investigations which revealed loss Sh791m from the National Youth Service and conspiracy to steal Sh695m from the same department.
Those supporting Speaker’s decision to block the impeachement motion say that the CS’s name was not in list o shame prepared by EACC which was submitted to parliament by President Uhuru Kenyatta. Besides, she has never been directly implicated in mega corruption unlike her five colleagues who have since been suspended. Thirdly, she is one who reported the matter to DCI. Why should she quit her job if she is not being investigated in connection to any loss of funds?
Many Kenyans would argue that the anti-Waiguru campaign kicked off soon after she launched the Slum Upgrading Projects in the urban areas of Kibera and Nyalenda in Kisumu which are perceived to be the political bedrock of ODM leader Raila Odinga. As it would emerge, Raila and his brigade would not take this development lightly.