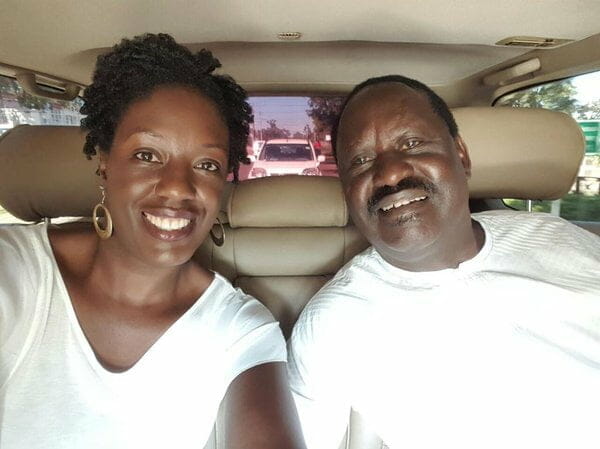 An interesting email sent to us insinuates that Kibera MP aspirant Rose Odinga may have been the cause of Michael Okwiri and Debra Sanaipei’s break-up.

The two high-flying Kenyans who converse with deeper English accents than even the Brits themselves, were poised to runaway with social headlines of 2014, with a grand wedding planned for Zanzibar.

But as fate would have it, the wedding never materialised and was abruptly called-off, with the couple citing “irreconcilable differences” as the cause.

Could Rose Odinga have been the cause?

Well seems like around May 2014, Rose gave to a daughter who the email claims was Michael Okwiri’s.

Seems like Michael likes dating the big names of Kenya, the who’s-who of society. With a Victorian accent to boot, he probably is a white man, trapped in a black body.