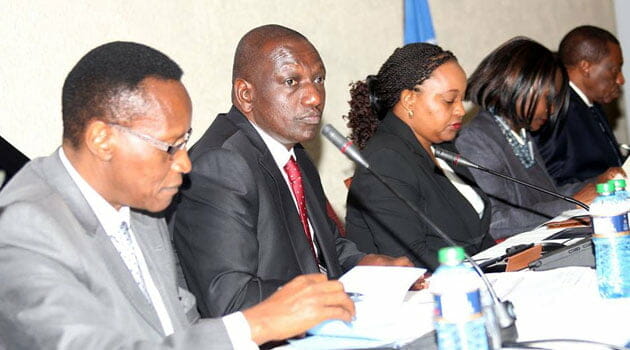 It doesn’t matter the number of Hashtags Waiguru’s supporters start but the truth is that Waiguru knew what she was doing and must taker responsibility . President Uhuru’s hands are tied and he cant fire her so she MUST do the son of Jomo a favor by resigning .

The NYS scandal took place and she is the boss, common sense dictates that the Boss must take responsibility .  Look at this impunity as reported by daily nation .

Questions are also being asked about the fate of investigations in what Ms Waiguru said in June was an attempt to steal Sh800 million using the stolen Integrated Financial Management Information System (Ifmis) passwords of the youth service deputy director, Mr Adan Harakhe.

Mr Harakhe was among the 21 officials recommended for prosecution. He was headhunted by Ms Waiguru and given the power to incur expenses in place of the director-general, Dr Nelson Githinji.

The narrative in June was that whoever tampered with the Ifmis and made the fraudulent payments stole the password from Mr Harakhe.

Some sources in the ministry said the password was never stolen as claimed but Mr Harakhe committed the funds with the approval of the ministry.

“Mr Harakhe was posted from the provincial administration and given those powers even before he was trained on Ifmis and his appointment formalised by the Cabinet Secretary.

Loosely speaking , Waiguru knew what she was doing and instead of taking good care of poor Kenyans money, she chose the common path- Path of impunity, negligence and Graft . She Must take responsibility