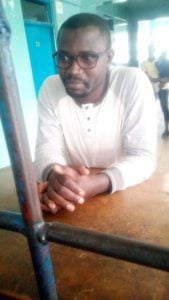 Vihiga County governor Wilber K. Ottichilo is on the spot for abusing his office and colluding with higher powers in the office of the DCI to hold an IT specialist Torostadlt Alenga withoutany clear reasons.

In a case that is brewing tension among locals in Vihiga, the governor is accused of intentionally using his power to intimidate his former close ally turned fierce critic.

Mr Alenga has been putting Vihiga County goverment on its toes through his harsh criticism, which the governor didn’t take very nicely. He was charged for purportedly failing to honour DCI summons over documents he allegedly shared involving massive corruption in Vihiga County.

He was arrested in Kitengela on Saturday and later controversially transferred to a police station in Kakemega. With all his devices having been confiscated, Mr Alenga is accused of illegally accessing “sensitive government information”. It is believed the governor gave instructions to have him detained away from his county Vihiga in a bid to avoid any media coverage of the story.

He is very popular among locals through his posts on his Facebook page Vihiga County Forum that always generated heated debates, most recently on the culminating in the discovery of flaws in the procurement process at the departments of education and sports. Officers in the said department were later dismissed over the allegations but reinstated under unclear circumstances.

We demand the immediate release of Mr Alenga and strongly condemn the misuse of power by the Vihiga County governor. Intimidation of critics died with the expiration of the Moi era and we will not allow anyone to take us back to those dark days.