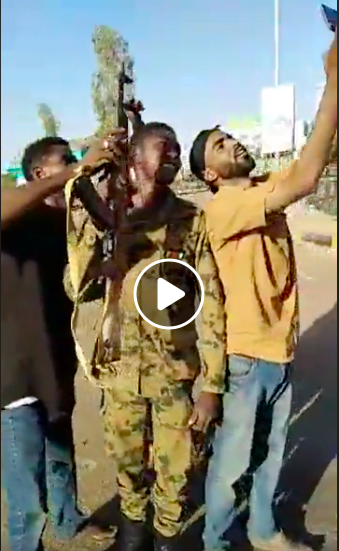 Protesters pose with a government soldier in Khartoum

Uprising in Sudan to oust General Omar Al-Bashir have taken a new twist since Saturday.

The sit in by protestors on Saturday at the Army Headquarters in Khartoum seem to have been just the beginning.

Others say the gunfire exchange was between the military and government militia.

People in Sudan military uniform were seen to be protecting protesters – by firing from the side of protesters.